Published 2014-04-24.
What is the greatest joy of writing for you?
Escaping into my own universe, as observer or participant. Living other realities.
What do your fans mean to you?
They're everything. They read my work, and generally enjoy and approve. As a writer I'm a natural narcissist and therefore the approval of others - and the knowledge that something I created was enjoyable to so many is very gratifying.
What are you working on next?
Finishing the Aeons War then taking a brief sabbatical to plan an entirely new story.
Who are your favorite authors?
The Giants: Arthur C. Clarke, Robert A. Heinlein, Frank Herbert, Ray Bradbury...and I enjoy non-genre work like Thomas Harris' Hannibal books, Irvine Welsh, Hunter S. Thompson, early Ludlum, early Stephen King, contemporary authors like J.K. Rowling and Suzanne Collins (The former for writing children's books that read at an American adult reading level and the latter for being unfairly pigeon-holed as a YA author when she is clearly a master of dystopic Sci-Fi and social egalitarian morality) and my new favorite is the Kingslayer series by Patrick Rothfuss. That man crafts the literary equivalent of Heisenberg's Blue Meth.
What inspires you to get out of bed each day?
Making my world a better, more enjoyable one. Also, the thought of a hot cuppa English Breakfast tea.
When you're not writing, how do you spend your time?
Looking for gainful employment (to support my writing habit), spending time with my family, goofing off, cooking, walking, sleeping or getting into trouble with the Quebec Government for airing my political beliefs in public.
How do you discover the ebooks you read?
I must confess that I'm still a paperback reader. The only eBooks I can actually claim to have read were the Sookie Stackhouse series, and then only because they were on my ex-wife's Kindle while we were still together.
Do you remember the first story you ever wrote?
Yes. It was my first novel, written when I was 13. It was so dreadful that I took every existing copy and draft out to the fire pit in our back yard on my 18th birthday and used it to light the fire to grill my Birthday T-Bone steak. It was a liberating experience, and symbolically, I was eating my words.
What is your writing process?
Ideally, getting my laptop and myself out to my favorite cafe and park for the day sipping lattes and occasionally having a lemon square, getting into a lateral-thinking state of mind, put some good music in my ears and just write until I can't any more.

Otherwise, I settle for my easy chair with the laptop in front of me, coffee from my Keurig and blasting my stereo. Unless it's the middle of the night, in which case I have earbuds on. Unless my neighbor's being a jerk, in which case I hire a Mariachi band to stand out on his back balcony and perform the works of the Mars Volta, as composed for el Mariachi, spike his toothpaste with LSD and then go hide up on the roof until the cops have gone.
Do you remember the first story you ever read, and the impact it had on you?
I can't remember the first story I ever read, as opposed to the first story ever read to me. I get the impression that the first one I ever read was a comic book, but I was just so impressed by the story (and the mid 1970s comic book titties) that I just immediately fell in love with reading. I did the usual Hardy Boys, the Three Investigators, but before I was 10 I was reading Robert Ludlum, Stephen King...I even made it through most of the Lord of the Rings: The Fellowship of the Ring when I was a preteen. But basically, I took to reading like a fish takes to water.
How do you approach cover design?
By letting the story tell me what it wants to be covered with.
What are your five favorite books, and why?
There's far too many to mention. Certainly 2001, 2010 by Clarke, Dune by Frank Herbert, Heinlein's Stranger in a Strange Land and Friday, Bradbury's Martian Chronicles, because they made me understand what good sci-fi storytelling requires.

But most of my favorite books are just things I read or consumed for pleasure: Clive Barker's early work, Stephen King and Ludlum, likewise, Robert Aspirin's M.Y.T.H. Inc. series, John DeChancie's Castle Perilous series, Piers Anthony's Incarnations of Immortality, Hunter S Thompson's Fear and Loathing in Las Vegas, Irvine Welsh's Trainspotting, Glue, the Acid House...I just read for pleasure.
What do you read for pleasure?
Whatever's handy
What is your e-reading device of choice?
My laptop
What book marketing techniques have been most effective for you?
Social media; reaching out and connecting directly to my audience.
Describe your desk
It's essentially whatever flat surface and accompanying chair I can lay siege to until the Writing passes.
Where did you grow up, and how did this influence your writing?
I grew up in rural Quebec, just after the separatist terror campaign of the 1970s. The only English-speaking kid in a French-speaking town, is was the closes thing to a Reggae Band at a Ku Klux Klan rally you could imagine.

My childhood was one of isolation and alienation, and frankly, what it did to my mental health is the main reason I developed the profound imagination I have.
When did you first start writing?
On my 13th birthday, after my first-ever panic attack. I realized writing was the only thing I could do to positively guarantee I left a mark in time.
What's the story behind your latest book?
Spoilers, Darling.
What motivated you to become an indie author?
The fact that I had neither the connections, the money or the know-how to pry open the vault doors of the Closed Society that is Big Publishing.
How has Smashwords contributed to your success?
They're an ideal partner - they have the goods to get my books into the "Big Deal" eBook stores, saving me from having to try and to fulfill the Herculean demands of places like Barnes & Noble and the Apple Store.
Smashwords Interviews are created by the profiled author or publisher. 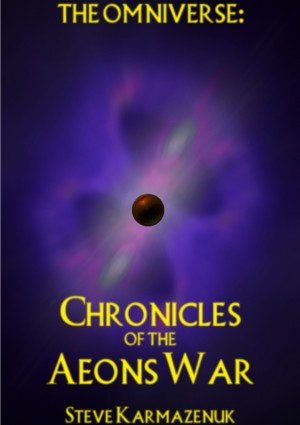 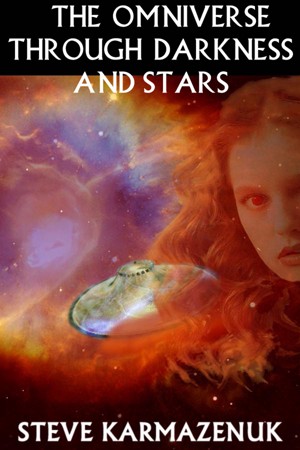 BOOK TWO OF THE OMNIVERSE An ancient Ship completing a millions-year old mission has taken Human passengers and crew on an historic voyage to the heart of an ancient cosmic dynasty. But despite their extensive training, no one aboard the Shipflight is prepared for what they find as they search for the Great Races of the lost League of Worlds. 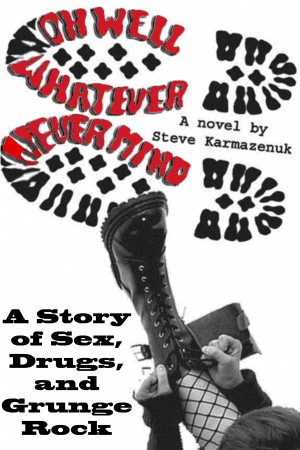 Oh Well, Whatever, Never Mind: A Story of Sex, Drugs, and Grunge Rock by Steve Karmazenuk
Price: $5.00 USD. Words: 182,000. Language: English. Published: May 4, 2011. Categories: Fiction » Literature » Literary
If you can remember the 1990's, chances are you probably didn't care. Doc Martens, Grunge Rock, and fitting in by not conforming...some things never change. But if you want to know how people hooked up, got laid or scored weed before Social Media, Smart Phones and the Internet, this little slice- of life might be worth your time. 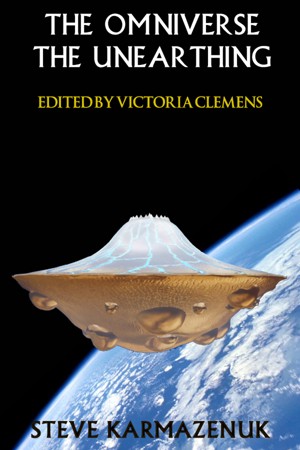 BOOK ONE OF THE OMNIVERSE: EDITED BY VICTORIA CLEMENS An immense alien spacecraft is discovered buried in the desert outside Laguna, New Mexico, the world is plunged into chaos. When a survey team is sent in to examine and explore the Ship, they discover that not only is it still operational, but it is conscious and has been waiting for tens of millions of years.