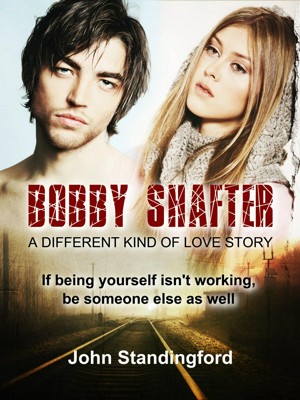 Bobby Shafter by John Standingford
Price: $2.99 USD. Words: 87,900. Language: English. Published: September 5, 2020. Categories: Fiction » Romance » Historical, Fiction » Humor & comedy » Satire
Bobby and Elizabeth meet on a train and it suits them both to team up. But they are separated by education, age and above all class. As convenience turns to friendship, and then affection, Elizabeth finds a novel way to bridge the gap. We are in Yorkshire in 1955, and every page evokes the time and place – from gossip to gangsters, coconut shies to corporal punishment, death duties to darts. 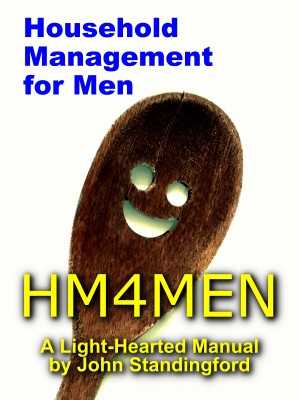 HM4MEN - A Manual of Household Management for Men by John Standingford
Price: $1.99 USD. Words: 15,080. Language: English. Published: June 15, 2016. Categories: Nonfiction » Home & Garden » Reference, Fiction » Humor & comedy » General
More and more men are finding themselves in sole charge of their households, with little experience and no training. This manual of household management is for them. HM4MEN is a reference book, with 60 topics arranged in alphabetical order – from Bed-Making to Windows – and cross-references between topics. It is also an entertaining read, so humour takes its place alongside the serious advice. 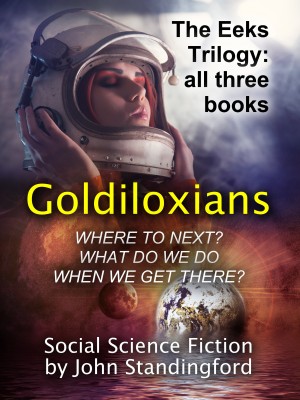 Goldiloxians (The Eeks Trilogy) by John Standingford
Price: $4.99 USD. Words: 143,540. Language: English. Published: June 5, 2016. Categories: Fiction » Science fiction » General
The Eeks Trilogy in 1 volume – sci-fi that is as much about the social sciences as the physical ones. When e-Carers (‘Eeks’) do well at caring for the elderly, modified ‘Speeks’ are tasked with finding a suitable planet for colonization. On arrival at Planet Goldilox a shipful of humans face the challenge of creating a new society and coexisting with another sentient species already in residence. 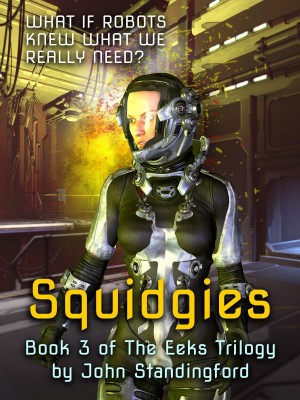 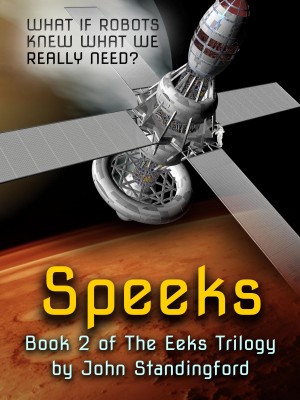 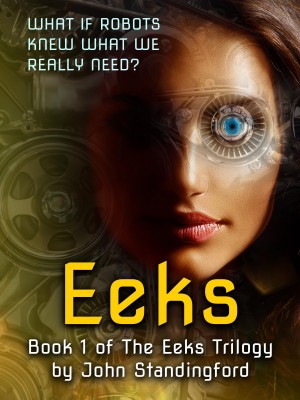 Eeks - Book 1 of The Eeks Trilogy by John Standingford
Series: Goldiloxians (The Eeks Trilogy). Price: $0.99 USD. Words: 41,860. Language: English. Published: November 9, 2015. Categories: Fiction » Science fiction » General, Fiction » Literature » Literary
It's the ultimate breakthrough: a truly humanoid robot. Alarmed by the cost of caring for the aged, the UK Government funds development of robotic e-carers ('Eeks'). This works so well that no-one looks too closely at what the Eeks are doing on their own initiative - even when they promote euthanasia and colonizing a distant planet, that they will find. ['Goldiloxians' contains all 3 books.]