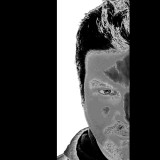 Published 2014-09-30.
What motivated you to become an indie author?
Having a collection of stories in your head eventually reaches a crisis point, you begin to run out of space. Remembering to pick up milk on the way home is replaced by rapier wielding Victorian explorers, turning steampunk mechanisms against a horde of vampyres, in the cold misty back streets of London; or a race against time to bring engines on-line on a starship, before the rocky debris of shattered planet tears through the hull.

The time has come for me to let off some steam, release some of the ever increasing pressure on my skull, and set loose some of my deliriums upon the unsuspecting world.
Do you remember the first story you ever wrote?
It was a Star Trek The Original Series episode, with me in it as a Star Fleet agent helping Kirk, Spock, and McCoy flush out a shape changing beast on board the Enterprise. I was only about ten years old, but I'd been a rabid Trekkie since I was four, after having the pants scared off me by the episode 'A Devil in the Dark'
What do you read for pleasure?
Comic books, a lot of them. Now before you go "Oh just comics" 1. Comics can be some of the richest story experiences you will ever have, 2. I still enjoy a good Arthur C Clarke or Lee Child. Comics are something everyone should read. It's not just superheroes, the medium covers every facet of storytelling you can imagine and then some. In addition to riveting, thought provoking, and funny tales, you get the added bonus of some stunningly beautiful artwork at the same time. Do you self a favour and head to you local comic store, and no it's not geeky like the Big Bang Theory... well sometimes it is :-)
What is your e-reading device of choice?
iPad is the digital hub of my life, reading, music, movies, surfing, and great for writing on as well.
What is your writing process?
I see the story first as a movie in my head, as it expands and fleshes out scenes. I'll even act out bits in the privacy of my garage when working out, or the shower, or talk out loud in the car on long journeys. I'll then start the notes, characters, action scenes so I don't kill the same person or building twice, and draw stuff, sort of stick man storyboards, to get a better idea of how things might work. Then it's on to research of featured places or people, and with all those notes littered everywhere, dive right into getting words on paper.
Describe your desk
A mess of children's home works, school awards, pens, pencils, bit's of paper with characters, titles, and research on them. In the centre rests my ageing laptop, the fan pumping out enough heat to replace your hair dryer, struggling to maintain numerous open tabs in various web browsers, and keep Word running. If I can wrestle the iPad off the kids to write on, the car, park bench, or my knees become the desk.
What are you working on next?
Currently I'm building a small universe of adventures featuring my eclectic cast of characters. The first short story introduction, An Evening at the Palace, is currently making it's way across the various ebook stores, for free, thanks to Smashwords. Another short is coming, A Big Box of Death, and possibly two more. They're all paving the way to the first big novel, The Astonishing Adventures of Heracles Flint - Forever in Shadow, which got going with a successful Kickstarter late last year. All of this ties in to a space opera series coming in late 2015. Big plans, and a lot of keyboard smashing lies ahead :-)
What's the story behind your latest book?
A few short stories are coming, the first one is out now on Smashwords, but they are all designed to showcase the world and characters that lead to my first novel.

The novel, The Astonishing Adventures of Heracles Flint – Forever in Shadow, tells of the adventures of monster hunter Heracles Flint and his global network of Victorian knights, The Society of Esoteric Technica, who have battled various threats to humanity in the late 19th century.

The Society, led by Flint with his close companions, Diana Von Storm, the bride of Frankenstein’s monster, clockwork android Charles Brass, and Alexandria, Queen of the Wolves, fall foul of a plot to destroy them by their arch nemesis, the vampire God, Dracula.

Dracula has seized the time machine of Harold Wells, a descendant of HG Wells, who had been travelling back to Victorian London to visit his famous relative. Using Wells’ device, the Prince of Darkness has constructed a portal to the present day, where he seeks to rule all, free of the constant pursuit by the Society who have thwarted his efforts for years.

In a pitched battle both he and Flint fall through time and Flint’s friends are lost presumed dead. In the present day Flint finds a much changed, much harsher, world than the future he’d hoped would evolve from his time; and gathering what resources he can, makes plans to stop Dracula once and for all.

If he fails, the world of tomorrow, will live forever in shadow…
Smashwords Interviews are created by the profiled author or publisher. 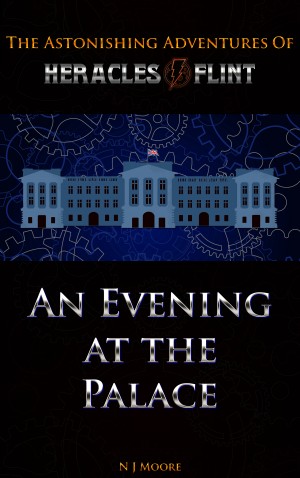