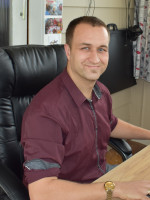 Published 2018-02-10.
What are your five favorite books, and why?
Short story collections by Steven Millhauser, Junot Diaz, Tobias Wolff, Irvine Welsh, John Cheever, Annie Proulx etc. In fact the massively significant change which resulted in my writing being flavoured the way it is was when in 2008 my mentor James George encouraged me to check out the writing of Raymond Carver, John Cheever, DBC Pierre. That year I also got introduced to Ian MacEwan. All very influential.
Some of the NZ authors who have shown me that you don't have to be afraid of writing bold stories in our conservative, risk-averse country includes Charlotte Grimshaw, Carl Shuker, Carl Nixon, John Cranna and Tracey Slaughter.
Journalism and non-fiction also have a massive impact on me. You get jaw-dropping stories in the real world which sometimes you need a great journalist to capture. I've been hugely influenced by stories covered by Evan Wright, Mike Sager, Mark Bowden, Barbara Ehrenreich and Michael Wood.
What do you read for pleasure?
Writing is pleasurable and therapeutic. Writing converts a person's troubles into art.
Describe your desk
My desk, until recently, was covered in Star Wars figurines to inspire my imagination, letters and drawings from my kids to remind me I'm loved, and piles of admin, paperwork and bills. I've taken away the figurines. The bills and love remain.
Where did you grow up, and how did this influence your writing?
I grew up in the safe, flat suburbs of Christchurch and the mysteries and adventures me and my mates were involved in have been deeply influential on my psyche and values.
When did you first start writing?
I started writing age 12, failed a short story competition. My outrage at not winning would later lead to a pathological frustration with competition judges, lol. After age 12 frustration, I began tinkering with a personal journal throughout my teenage years. Then I move on to writing shitty poetry and shitty song lyrics before becoming serious about writing strong poetry from age 20, as a creative writing student at the University of Otago. Then, after getting a few poems published and competing with my Blindswimmer mates to write the most interesting short prose, I became deeply committed to writing powerful short stories from the age of 23. I kept pushing and pushing myself from then, and really got serious about trying to be NZ's best short story writer from the age of 25 when I began studying a Masters in Creative Writing.
What's the story behind your latest book?
My absolute latest is CrimeChurch. It's a novel looking at what inspires people to get into trouble in the first world - a world in which any one of us could lead safe, harmless lives if we were inspired to do so. Unfortunately, many people in the world are not insprired to. The inspiration which fuels crime comes from a lot of sources. CrimeChurch looks at why people would do awful things in the stunning Garden City with its high culture, wealth and industry.

Other recent writing projects:
'LowLife' - acclaimed 2017 short story collection
'Moneyland' - young adult novel. Not so much acclaimed, a little bit divisive, actually, but my fans love it.
What motivated you to become an indie author?
Because publishers are snobs and all I get from them is rejection and frustration.
What is the greatest joy of writing for you?
Greatest joy = being able to create a piece of artwork.
What do your fans mean to you?
I love my fans deeply because they appreciate what I am trying to create for them.
What are you working on next?
The sequel and prequel to Moneyland; and polishing 'Crimechurch' novel and the short story collection 'True?' will take all year.
When you're not writing, how do you spend your time?
When not writing, I love playing with kids, exercising through play and jungle hikes/tramping, drinking beer and creating poetry with artistic friends.
What is your writing process?
Writing process =
1. Write a long first draft which takes hours
2. Leave it for a while, let the subconscious and random coincidences add some spice to the first iteration
3. Come back and crop and polish the first creation.
4. Test it on readers.
Smashwords Interviews are created by the profiled author or publisher.