Interview with Robert A Boyd

Published 2014-12-11.
What is your writing process?
That can best be described as 'chaotic'! I start out with the seed of a concept, which I have at least roughed out in my mind, and put down anything and everything which comes to mind. Once I have a fair selection of these tidbits, I start moving them back and forth, building and growing the story as I go along. By the time I have a new book about 1/4 done, the structure and story line are pretty well set. The rest is filling in the blanks.
Do you remember the first story you ever read, and the impact it had on you?
Well, aside from 'Dick And Jane', probably my earliest exposure to Spec Fi was 'Space Cat Meets Mars'. I was about ten at the time, and found it in the school library. As to impact, it opened up a whole new world of exciting adventure, ultimately leading me here.
How do you approach cover design?
I do my own covers, but have come to rely on professional graphic artists I meet through elance.com. I do most of my layout work in Photoshop. Some of my early covers were self made, but I am in the process of upgrading them. The cover is a critical selling tool, and I apply the most careful strategic thinking to my cover designs.
Describe your desk
It's pretty modest, really. I have a 2 x 4 foot folding table jammed into the corner of my kitchen beside the refrigerator, with a small 30" x 18" side table to hold the printer, and a small filing cabinet. The whole thing fits in an area 4 feet by 5.
When did you first start writing?
That was in Chicago, back in 2002. I was going to school at the time. Summer in Chicago is no joy, so I spent most of my time in the school's computer center. Since I had nothing in particular to do, I thought I'd try my hand at a couple short stories...
What's the story behind your latest book?
"Ghoulish Good Fun" is a collection of various odd bits which have been kicking around here for years. I pretty much only work in novel length, but sometimes I get a wild hare up my ass and do something - different. When I was putting together my earlier fantasy anthology, "Deus Ex Machina", there were a number of tidbits which didn't fit the theme. However, they did go well together for an anthology on the macabre, black humor, and delicious horror...
What motivated you to become an indie author?
I did the New York thing for a couple of years before I realized my chances there were effectively zip nada. Rather than butt my head against a stone wall, I decided to follow the growing trend of self publishing through both print and downloadable forms.
What is the greatest joy of writing for you?
Completing a new book!
What inspires you to get out of bed each day?
Hunger, a need to go to the bathroom, a fervent wish not to let my sleep pattern get any more messed up than it already is, the desire to see what's on the internet, the urge to write - in that order.
When you're not writing, how do you spend your time?
Eating, going to the restroom, staring at the walls, schmoozing the net.
What do your fans mean to you?
Having readers not only provides a much needed ego-yay (which all authors need), but they are also my only real hope of immortality through my literary works.
Smashwords Interviews are created by the profiled author or publisher. 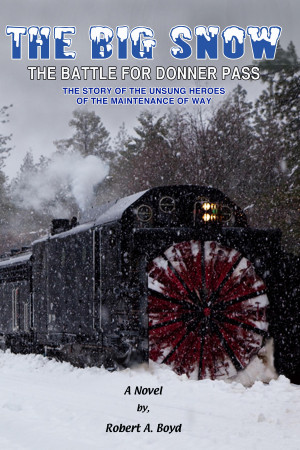 The Big Snow by Robert A Boyd
Price: $2.99 USD. Words: 113,140. Language: English. Published: April 6, 2017. Categories: Fiction » Adventure » General
Stories of the railroads and railroad men have always held a special place in dramatic fiction. Here is one such tale - of the hard, weary men of the Maintenance Of Way, who cope with extremes of heat and cold, rain and snow to repair tracks and clean up wrecks, answering the call when Nature unleashes its worst. Here, at last, is their story. 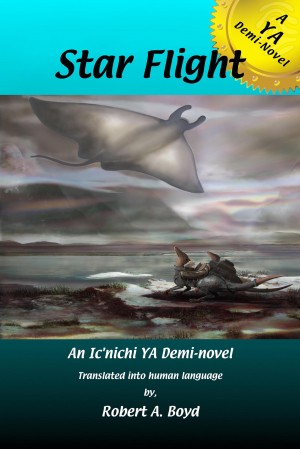 Star Flight by Robert A Boyd
Price: $2.99 USD. Words: 59,020. Language: English. Published: November 4, 2015. Categories: Fiction » Science fiction » Adventure, Fiction » Young adult or teen » Science Fiction
A YA science fiction Demi-novel about a troubled youth who is given a last-moment chance to turn her life around, but to do so, she must face terrible danger on an alien world. Can she overcome the unique curse which ruined her life? And is she strong enough to to earn a chance to start over? 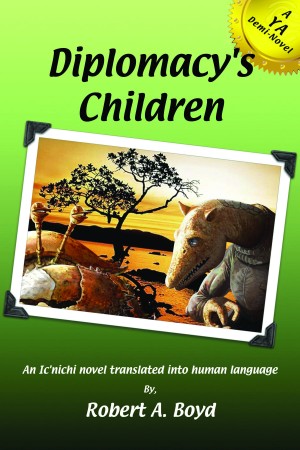 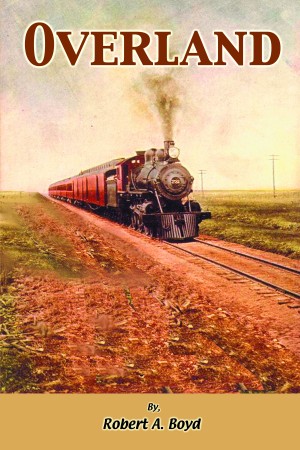 Overland by Robert A Boyd
Price: $2.99 USD. Words: 96,950. Language: English. Published: January 3, 2015. Categories: Fiction » Science fiction » Utopias & dystopias, Fiction » Historical » Western & American frontier
Nate Poole was bound for San Francisco... ...until he met a mysterious woman on the train, and life as he knew it changed forever. It wasn't enough that she was inhumanly strong and fast thanks to the advanced science of the far future, or that the policeman sent back through time to arrest her was a monster. What was worst was why she was there and the part he would play in her desperate mission. 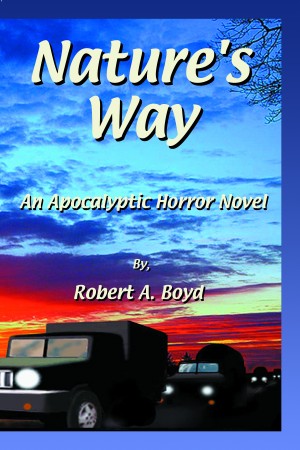 Nature's Way by Robert A Boyd
Price: $2.99 USD. Words: 92,180. Language: English. Published: December 31, 2014. Categories: Fiction » Horror » General, Fiction » Science fiction » Apocalyptic
Mankind pillaged Nature until Nature got fed up, and struck back. It was a simple, random mutation, but it was enough to doom the human race. This is the last day of organized resistance by the tattered remnants of a U S Army division fighting a hopeless defense. They are used up, crippled by lack of supplies and worn out gear. Few of them have any hope, and the ants just keep coming. 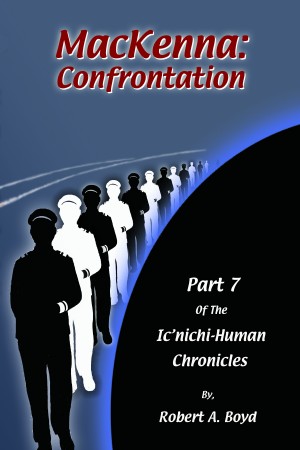 MacKenna: Confrontation by Robert A Boyd
Price: $2.99 USD. Words: 105,410. Language: English. Published: December 28, 2014. Categories: Fiction » Science fiction » Apocalyptic, Fiction » Science fiction » Utopias & dystopias
The surreal saga of earth's greatest soldier continues. Admiral Brian A. 'Mac' MacKenna is back to face a political crisis on earth which threatens to plunge the Ic'nichi and humans into a devastating war. As always, he seeks any answer that will avoid bloodshed, which leads him on a desperate mission to Singapore - site of his greatest failure - and to a confrontation with himself. 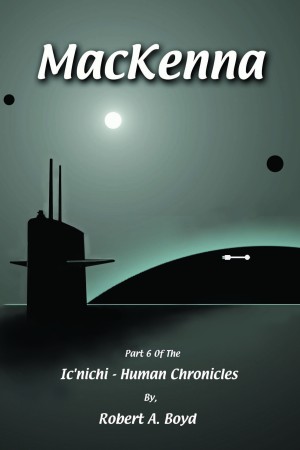 MacKenna by Robert A Boyd
Price: $2.99 USD. Words: 92,710. Language: English. Published: December 27, 2014. Categories: Fiction » Science fiction » Military, Fiction » Science fiction » Adventure
He was a statistical fluke... ...survivor of the high-tech terrors of global warfare. They brought him back from the dead to fight the old wars in new form. But they didn't think about what a lifetime of bloodshed does to a man. They didn't understand that bringing him back to face his past was his unique hell. They didn't stop to consider just who - and what - they were unleashing. 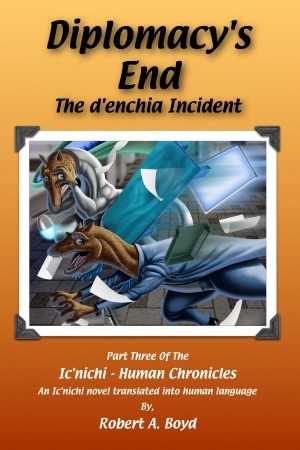 Diplomacy's End: The d'enchia Incident by Robert A Boyd
Price: $2.99 USD. Words: 87,880. Language: English. Published: December 25, 2014. Categories: Fiction » Science fiction » Adventure, Fiction » Humor & comedy » Satire
Tensions rise as the Ic'nichi's ill-starred diplomatic herd is caught up in the fallout from the Dreamsingers' War. Everyone is starting to doubt their own sanity, and the chaos at home is destabilizing relations in space. Telepathy can be an unbelievable hassle! No one knows what is happening, or what to do about it, but they have to do something before d'enchia-earth relations get any worse! 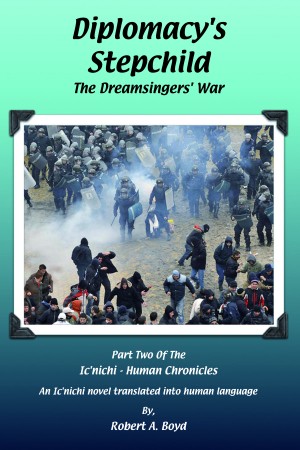 Diplomacy's Stepchild: The Dreamsingers' War by Robert A Boyd
Price: $2.99 USD. Words: 94,670. Language: English. Published: December 23, 2014. Categories: Fiction » Science fiction » Adventure, Fiction » Humor & comedy » Satire
The Ic'nichi diplomatic herd are once again dragged kicking and screaming into a new interstellar crisis. The humans have been warned of a potential invasion, and the two races must join forces for the common defense. The result is about what one would expect: mayhem bordering on chaos as the diplomats try to fend off all the human crazies while being at each others throats! 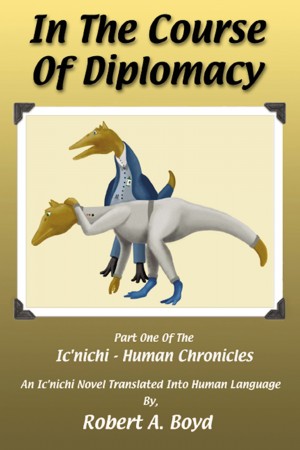 In The Course Of Diplomacy by Robert A Boyd
Price: $2.99 USD. Words: 107,040. Language: English. Published: December 20, 2014. Categories: Fiction » Science fiction » Adventure, Fiction » Humor & comedy » Satire
It was our first alien contact... Opening an embassy on an alien world sounds simple, but little did we know. We were tossed in tail-first with no preparation, not that we were ready for something this monumental anyway, and had to scramble from the start to keep up. Here at last is what really happened between us and the humans, and how peace came about despite our best efforts!
View their profile to see all of their books