Originally, I intended to write a stand alone book about the modern artist, Theo Hios, featuring his war years. But something was missing, It did not feel genuine, as if I was making the claim to the world that my Uncle was the only combat photographer and the only combat artist. He was not. Soon I discovered many others in the ranks who were as talented and produced their own body of work. More trips to the National Museum of the Marine Corps and NARA were in order.

Here is how my first draft of "War Paint !" Was born: In March of 2010, N.Y. Daily News Sports Editor, Bill Gallo, started writing a series of article that featured HBO's series "The Pacific". I recall reading the first review by Gallo, who wrote, that he was in the 4th Marine Division, H&S Company, 20th Marines (Engineer) Battalion. Holy cow! I thought, this is the same outfit as my Uncle, Sgt. Theo Hios - so I sent Bill Gallo an email. Within twelve hours, Bill Gallo sent me a reply asking me to call him at his office. Subsequently, I took the train to Manhattan and had one of many visits with this very productive 88 year old Sports Editor at the N.Y. Daily News. He also referred me to several other artists, such as Stan Lacey and Joe Bruni.

And about the same time I made contact with John Stone at the 4th Marine Division association, who referred me to another 4th Division Veteran, John Link, who knew my Uncles commanding officer and had a lot of images taken by my Uncle as well.

And thus, at that point in time the ice of writers block finally melted. I spent the next 9 weeks writing ten chapters of my first draft of "War Paint !" The HBO series "The Pacific" aired one time a week on Sunday. I worked on one chapter during my spare time, usually in the early morning hours before or after work, and establish a press deadline - right before "The Pacific" aired, and sent a copy of the chapter draft to my imaginary editor, Bill Gallo, via email.

That was the best writing experience I ever had. Bill Gallo turned out his own reviews of "The Pacific" series, and began to reflect on his own genuine experiences, which I feel were stimulated with what I was writing from the point of view of my Uncle's experiences that I presented in my chapters.

I was also lucky to spend so much quality time talking to John Link and Joe Bruni. All told, their inputs brought my work to life. Prior to that it was just photographs and artwork that I found in the archives.

Yes, it was a great experience and journey in life. Along the way I met so many nice people.
Where did you grow up, and how did this influence your writing?
Most of my formative years I grew up in Manhattan, New York City. Now you would think growing up in a big metropolis one would be inherently cosmopolitan, and all that. But growing up in a middle class neighborhood is in many ways like living in a small town. There was no internet back in those days, and the local library was a place for the retired to spend time reading the newspaper, as the stacks were not up-to-date. I worked the City College Library and was exposed to thousands of books, which forced me to speed read. I learned how to type at the library, processing Inter Library Loans for the pre-med students. That process involved the use of a IBM punch card, so you had to be letter perfect, or, start a new card all over again. It was not until my graduate school years when I really started to research and write on a serious level. My research was done in obscure places like the U.S. Department of Commerce in Guangzhou, China towards a lengthy Master's Thesis I wrote about China's Special Economic Zones.
Are you concerned that someone might print your book and try to sell it?
Absolutely not! Although this statement is not a guarantee that you will be able to print on demand, if you can find a means and want to take the time and expense to print all four volumes, then go for it! I will even autograph it for you if we should ever have the opportunity to do so. But in reality, the cost to reproduce my volumes on paper will be so cost prohibitive, I doubt anyone will find a market to re-coup their expenses. Just remember, if you want to use my material formally in your publication, you must secure the necessary permissions, and quote the source accordingly.
Describe your desk
A mess.
Smashwords Interviews are created by the profiled author or publisher. 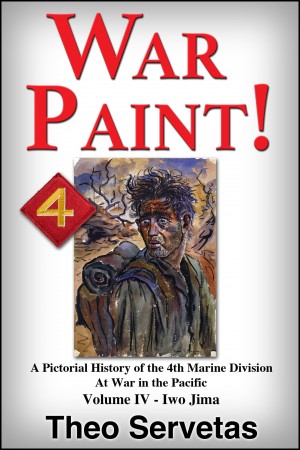 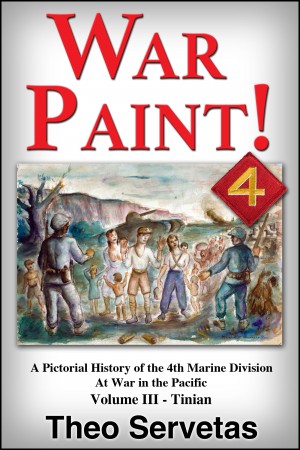 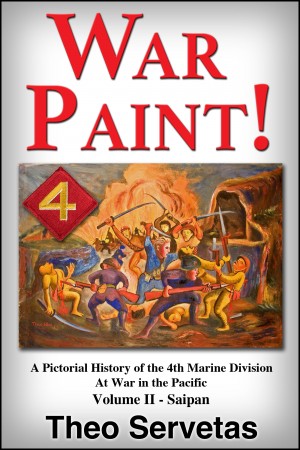 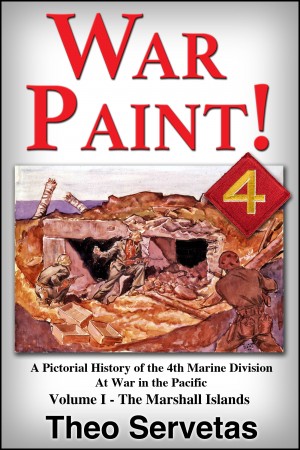 The War Paint series is profusely illustrated with original photographs and artworks, some seldom seen by the public. This four volume series covers all the battles that the 4th Marine Division participated: Volume One covers the battle for Roi and Namur in the Marshall Islands.