Published 2014-07-13.
What motivated you to become an indie author?
After hours upon hours of research into the market in my country of South Africa, and hours of emails, phone calls and contacting publishers, I came to realise how restricted, slow-moving and limited the market and audience here is. I plan to write books in a great many genres. It's one of my aspirations to write a horror book, for instance. But I know that the chances of getting that published in my country are slim to none. I guess I want to take charge of my own career. I want to build something over the next decade. I want the freedom to write, and more so to learn absolutely everything that comes with being an author. Self-publishing was just the right fit for me, and an ideal way to be independent and in charge of my own future.
What are you working on next?
I have story ideas and concepts going into double digits, and enough novels for the foreseeable future. I am very excited to share it all with the world, but of course all in due time. Currently, I am working on a psychological thriller 'The Black Glass Killer', which you can read about on my blog: http://azharlorgat.com/

After that, I'll be moving away from the thriller genre to explore what comes next.
Who are your favorite authors?
It changes, but at this present time I'm a big fan of Dennis Lehane (thanks to Shutter Island) and George R. Martin, of course because of his awesome Game of Thrones series. I don't often hear of comic book writers referred to as authors, but I'm a huge fan of Alan Moore (Batman: The Killing Joke, Watchmen), Frank Miller (The Dark Knight Returns), Brian Michael Bendis (Ultimate Spider-Man) and Robert Kirkman (The Walking Dead).
What inspires you to get out of bed each day?
My three favourite things in the world: my significant other, writing and gaming. That's all the inspiration I need right there, but fortunately I am lucky to have a great family and amazing friends as well.
When you're not writing, how do you spend your time?
I love spending time with family, friends or my significant other. I enjoy being around kids too - their imagination and creativity is a constant joy and inspiration. Often, I'm spending time gaming or watching movies, series or reading comics. I also take a keen interest in soccer (Liverpool fanatic).
Do you remember the first story you ever wrote?
The first story I ever wrote was when I was in pre-school. I used to draw my own comics about a soldier called Max who had his brain removed by his arch nemesis. But instead of crippling him, it gave him super powers and he became known as Movetody, with one single mission: to eat the Golden Cookie - which just so happened to be the sun. Of course, I was well under ten years old. My first proper story was when I was eleven years old. It was a fantasy novel. I didn't finish it, but it is backlogged and in my future.
What is your writing process?
I mostly write between midnight and seven in the morning. Funnily enough, that's why I named my blog "Write by Night". I usually get a class of ice cold water or something tasty like chocolate milkshake and snacks. If I'm feeling a little tired, I'll exercise a lot. I then sit at my PC, maybe play a song to get me in the mood, and disappear into my story. The rest of the world ceases to exist, and it's just pure concentration and creation.
When did you first start writing?
I first started writing when I was about five years old and got into creating comics. But I first started writing proper stories when I was eleven years old. I initially was creating a game about my first story in a program called RPG Maker, but was inspired by my older brother to begin writing a novel - I fell in love with it, and overnight it became a dream I've held for nine years.
What genres are you interested in writing in?
My first book is a crime thriller. I have enough story concepts and ideas and plans right now that I can write in a great many. Right now I'm interested in thriller and suspense, horror, romance and drama, sci-fi, literary fiction, medieval, fantasy and supernatural.
What do your fans mean to you?
I would hope that any fans I have would be like family and friends. I know that may sound hammy or a bit cliched, but truly my hope is to interact with them on social networks like Facebook and Twitter, connect with them on my blog and just talk to them and have some great discussions. I would always be eternally grateful to any fans I have, because of course it's a two way street and without them my stories would just exist, and have no legacy or joy.
Where can you often be found around the web?
I'm often lurking around Twitter or Facebook, I write for my personal blog "Write by Night", and I'm a journalist for the South African gaming website EGMR.
Smashwords Interviews are created by the profiled author or publisher. 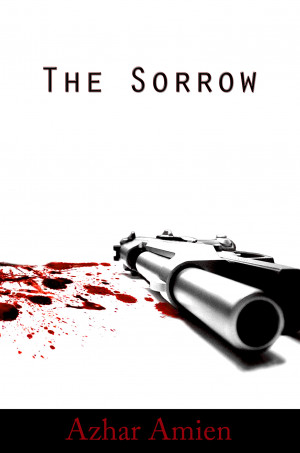 The Sorrow by Azhar Amien
Price: Free! Words: 147,470. Language: English. Published: February 14, 2014. Categories: Fiction » Thriller & suspense » Crime thriller
The Sorrow is a dark crime story that explores the consequences of pain, and losing yourself to it.