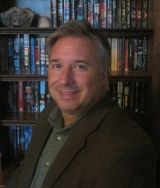 Published 2014-02-02.
Where did you grow up, and how did this influence your writing?
My family moved around a lot when I was young. I've lived in many places as a kid, but consider Maple Valley, Washington, which is near Seattle, as the town where I grew up. As an only child I had a lot of quiet time during family moves; reading paperbacks, particularly sci-fi, occupied a lot that time.
When did you first start writing?
After my son was born, I remember holding this little bundle of joy wondering, "What would I do if something happened to him?" That moment twenty years ago was the genesis of my first foray into writing. I started writing a time travel novel, about a father who goes back in time to prevent the death of his young son. I finished the first draft, but put that project on hold to write The Last Shuttle and Sentinel.
What's the story behind your latest book?
My first book, The Last Shuttle, was published as a vehicle to build a fan platform. Sentinel is a continuation of that story. My original intent after TLS was to return to my other projects, but fan feedback for a sequel prompted me to pull Sentinel forward.
What motivated you to become an indie author?
Simple: I had no other choice. As most new authors know, it is virtually impossible to become traditionally published. Playing PowerBall affords better odds than landing a book deal from one of the big publishing houses. That's true regardless of writers experience or skill. The traditional business model is archaic and Indie publishing is going to put them out of business. And to that I say, "Hooray!" Why would anyone want to give up complete control of their craft, do all of their marketing work and remain beholden to a big publishing house for the pleasure of receiving insultingly low royalties? Indie is the way to go, period. THANK YOU, Smashwords and Amazon!
What are you working on next?
After a four year process to create The Last Shuttle and Sentinel, I am returning to the project that started it all, a time-travel story called Paradox Man. Unless my wife convinces me that I need to make a trilogy out of those first two books.....
Who are your favorite authors?
I have a lot of favs: The giants of Sci Fi - Clark, Asimov, McDevitt, Bear, Benford, Bova, Card....there are many others, but those guys stand out. Not to be single-threaded, I also have a lot of traditional fiction in my library written by Cussler, King, Koontz, Ludlum, Clancy, and many others.
When you're not writing, how do you spend your time?
In addition to my day job, which pays the bills until I am graced with the opportunity to write full-time, I have numerous hobbies and interests (perhaps too many) which includes golf, fishing, sailing, scuba diving, travel, doing projects around the house, astronomy and, of course, reading.
What is your writing process?
I am not a natural writer, nor formally trained, so my process is a little bit painful. I start out by writing an outline to create the framework for the story that is floating around in my head. Then I start writing the first draft and try to put the story on paper all the way through, spending little time on story flow, grammar or continuity. My goal is to write first, fix mistakes later. I never get it right the first time, so I end up doing at least two rewrites from beginning to end. Then my wife Kim edits the draft cover to cover, and I do a final rewrite to polish the manuscript. This means I probably take twice as long to pound out a quality story vs. most writers, but once I grind it out I feel like the final product is a good read.
How do you approach cover design?
I try to create images that pique a readers interest, something that is visually appealing that makes he or she go, "Hmm, I wonder what's inside?" My goal is to ensure that the cover relates with the story. Also, I prefer digital covers with sharp detail and color, and to be sure that the image will catch the eye as a small icon on an e-retailer site.
Smashwords Interviews are created by the profiled author or publisher. 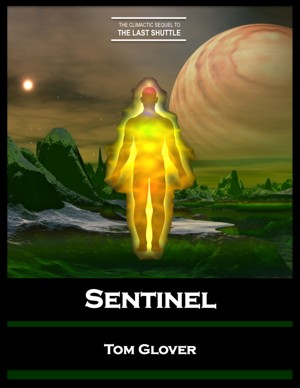 Sentinel by Tom Glover
Price: $2.99 USD. Words: 65,780. Language: English. Published: December 22, 2013. Categories: Fiction » Science fiction » Adventure
After years of coping with the haunting memory of his last mission in space and encounter with the enigmatic alien named ‘Sentinel’, Dr. Frank Carver reluctantly agrees to join another adventure with his former boss Ben Davis. Accompanied by his wife Peggy, Carver learns that this time the stakes are much higher as events on an alien world spiral beyond his control. 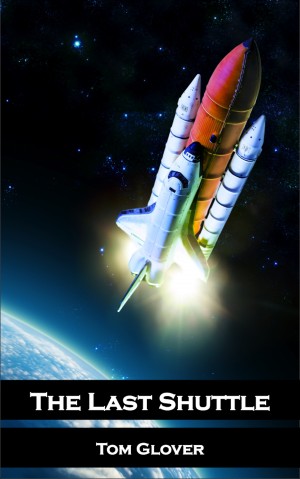 A top-secret NASA space telescope designed to detect alien life is in trouble, at risk of entering Earth’s upper atmosphere and vaporizing. Only one man could prevent the accident. An ex-NASA scientist reluctantly joins the crew of re-commissioned space shuttle Discovery on a daring rescue mission to recover the satellite. Orbiting Earth, they are about to experience something out of this world.