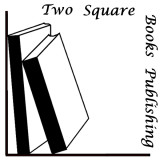 This interview has been viewed 300 times.

Natalie Jayne, tell us some of the 'nuts and bolts'.
Ah, so you'd be wanting to know about 'Volume 1: The Early Years'? Sorry, I try not to make the eyes of innocent bystanders glaze over before we're properly introduced. Here's a few resume type facts, though, for those with nothing better to do while the tea kettle comes to a boil.

-M.A. Education
-Tech Cert American Sign Language Interpreting
-B.A. Studio Art
-A.A Art
-moved roughly 30 times in 40 years (and I'm not in the military)
-Work: there's been a few, but the most unusual were hand-loading commercial aircraft and training to be a wildland firefighter
-Least interesting work: providing daily gravitational support to a free-standing traffic control device (The stop sign just did not seem to appreciate my efforts.)
What’s it like being an author with learning differences?
Colorful! That's the first thing that comes to mind. It's very, very colorful. Thinking in such a visual-spatial way is an incredible gift-- granted one that comes double edged, but a beautiful gift nonetheless. The Rivers stories come to me like scenes in a movie. All I have to do is roll the film and enjoy the show. I can freeze the frame and take a mental stroll through the scene seeing, hearing and touching as my characters would. It's rather like daydreaming on double-shot espresso. Honestly, I cannot imagine how I would write without being visual-spatial, it's such an integral part of how I function. Rather than a mapped out, linear outline-- every aspect, every character trait, is linked one to another like a massive web. Shifting one junction naturally pulls on another; there are things that just 'feel' right or obvious to the plot or character development. The only downside is my creative spelling and tendency to write drafts in one long gully washer bereft of full stops, paragraphs, or commas. The red-marks on my typing blend quite nicely with the red marks that spring forth every time Gideon has any dialogue whatsoever, which can make editing a mite tricky.
What is the greatest joy of writing for you?
The cacophony in my head. Really. It's a very noisy place in there. Ever tried thinking coherently with 6 rowdy brothers, a father, and an uncle by adoption all clamoring for your attention? It's like a family reunion around a campfire with the s'mores going for a fifth round.
Describe your desk:
Ummm.....desk? Lately, I have a knee. Sometimes a floor. Occasionally a table shows up for a visit. Mostly I have a wall-- an ever-growing wall of clips, cuts, sketches, maps, scene ideas, plot points and various other writing sundry. Painter's tape and index cards are my greatest allies (or possibly accomplices). Were I to utilize such a thing as a desk, I suspect I would more often be found on it rather than 'at' it. I'm not very conventional about space. When the words are fizzing happily along my neurons, furniture is utterly irrelevant.
What is your writing process?
Oh, wow, that sounds so organized. What I do more closely resembles picking daisies in the middle of a stampede during a thunderstorm. Images, words, lines of dialogue, flashes of scenes come to me as they please and laugh hysterically as I grasp at pencils and tippy-tap at keyboards trying, frantically, to keep up.
Are your books part of a series?
Yes indeedy. It is a reader friendly series so, though it does follow a timeline, you can step in when you like. INDEBTED is the second in the Rivers Series and my personal favorite as it is more plot driven. BETWEEN THE RIVERS is the first and more character driven. CHICANERY is the third and, like the name implies, is a bit of fun and games on the home range. GIDEON'S WAY is a quick peek into the series, but not actually attached to any spot on the timeline. Book four, REDEMPTION, will be released very soon (right after my test readers quit reading and start critiquing :) This book will see Gideon working undercover in an unlikely pair-up with a Texas ranger. In the meantime, book five (SPECTACLES) is also in production.
How do you approach cover design?
Cover designs, like titles, are skittish. They require careful handling. It's best to come upon them from downwind of any sparkling pools of inspiration, lest they smell you coming and bolt. Generally, I do not get a mental loop around said designs until the dust of writing has begun to settle.
How did you end up with such a deep love of written words?
It's a legacy handed down from my grandfather, to my mother, to me. I am honored and privileged to receive such a rich inheritance.
When you're not writing, how do you spend your time?
My 'not-writing' time is spent being hounded by my characters. They have so much to say-- and absolutely no hesitation to do so.

I also run a consulting studio to help other people self- publish their uplifting, wholesome stories and memoirs. Usually the clients want a few copies for themselves and family. It is great fun seeing the different ideas people have. The best part is sharing their excitement when their actual book arrives, spine, cover, text and all.
Some of my hobbies include: square dancing, photography, baking, hiking, kayaking, woodworking, gardening, and genealogy research.
What do you read for pleasure?
Terry Pratchett, Louis L'Amour, Artemis Fowl, Brother Cadfael, the Irish Country Doctor series by Patrick Taylor, and Henry V when I feel like a good sit-down with Mister Shakespeare. Oh, and whatever latest book my brother passes my way to sample.
Published 2018-01-17.
Smashwords Interviews are created by the profiled author, publisher or reader.