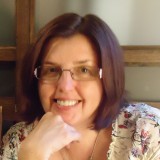 Published 2015-01-16.
What is the greatest joy of writing for you?
I love the whole process. It is an adventure of the mind. I start with a spark of an idea: the protagonist, a place, a theme, a title or an emotion and see where it takes me. I plot and sub-plot as the first draft develops. Then when it is packaged and published I move on to the next adventure. It is hard work, but extremely creative and fun.
What do your fans mean to you?
Everything! If I did not keep my readers in mind I may as well write a manuscript and lock it away in a drawer. The point of writing stories is to share an adventure, provide entertainment and a place where the reader can escape from reality for a few hours and be entertained.
Where did you grow up, and how did this influence your writing?
I grew up on the beautiful coast of North Yorkshire, England, in a fishing town near the old port of Whitby. Whitby is famous for its connections with St Hilda who founded an abbey on the headland. It was also where James Cook learned his trade and set sail for the then unknown land of Australia. Whitby is also connected with the tale of Count Dracula courtesy of Bram Stoker.
Most of my titles are set within the area in the early nineteenth century. This is a great period to explore as England was at war with Napoleon of France, there were huge social changes occurring as industry developed, taxes were high and smuggling was rife.
When did you first start writing?
My first publication was in 2003. I had given up my career in business a few years earlier, because the hours were long and we were starting a family. I had always loved reading and decided to try writing when my children were small. I worked around the chaos of family life for a few years and was delighted when I won a major short story competition in Writing Magazine and then had my first title accepted for publication. Many titles later I became a creative writing tutor for Writing Magazine and the London School of Journalism.
What is your e-reading device of choice?
It is a Kindle. It means that I can take my research and reading library around with me on location when completing research for my own stories..
How has Smashwords contributed to your success?
Smashwords has enabled my work to be read and enjoyed by new readers that the traditionally published versions would not reach.
What are you working on next?
I have just completed the second Penn Mystery: Dead Man's Pain

The first Penn Mystery: Dead to Sin Introduces Nicholas Penn who is summoned to by Wilson, his ex-officer, who is incarcerated in Gorebeck Gaol, in my fictitious market town in North Yorkshire. The men parted badly when last they met and now Nicholas is expected to help Wilson who is accused of murdering a local wench.
Who are your favorite authors?
I have so many: Bernard Cornwell, Peter James, Trisha Ashley, Elizabeth Chadwick, Charles Dickens, Edward Marston, Susan E Fletcher, Jane Austen - so many really to list and from different eras and genres too.
When you're not writing, how do you spend your time?
I like to get outside as I spend a lot of time at my computer so hiking and travelling provide a good contrast. I love baking and meeting up with family and friends new and old.
What inspires you to get out of bed each day?
Life :)
Smashwords Interviews are created by the profiled author or publisher. 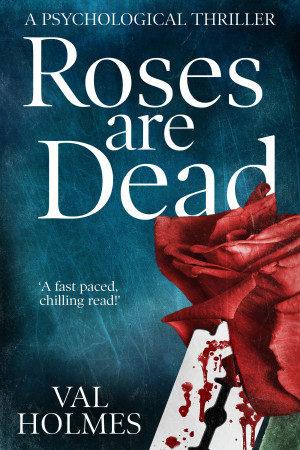 Jen has broken away from a stifling relationship and is enjoying her independence until strange gifts arrive. With Valentine’s Day approaching, the mystery of who is sending them disturbs her deeply. She fears it could be Harris, her ex. When they turn sinister who should she trust: her ex, his friend, her neighbour, Sergeant Aidan Lee or just herself? When Jen needs help who will come? 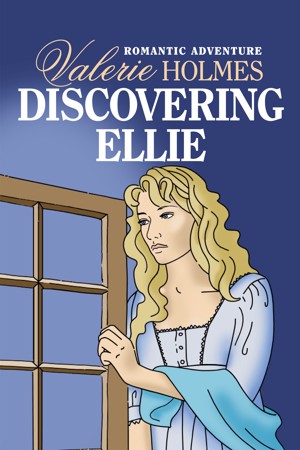 Discovering Ellie by Valerie Holmes
Price: $1.28 USD. Words: 31,020. Language: British English. Published: December 1, 2013. Categories: Fiction » Mystery & detective » Traditional British, Fiction » Historical » Regency
Ellie has recurring nightmares, always waking to a life devoid of love, but still she dreams. Living in the old hall with her Aunt Gertrude and cousins Cybil and Jane, the scandal of her mother’s elopement with a Frenchman cast a long shadow over her. Such taints are difficult to cast off, until Mr William Cookson arrives to shine new light onto her past and show her the way to an exciting future. 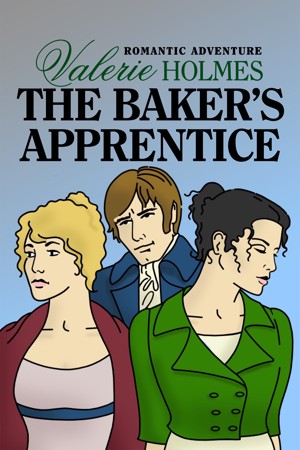 The Baker's Apprentice by Valerie Holmes
Price: $1.28 USD. Words: 45,320. Language: English. Published: October 15, 2013. Categories: Fiction » Romance » Historical » General
Molly Mason dreams of escaping from the control of Mrs Cresswell, her step-mother, by becoming an apprentice to her friend who owns the local bakery. This ill thought-out plan is stopped when Juniper Cresswell’s fiancé, war hero Lt. Cherry, returns accompanied with a soldier who had been presumed dead. The soldier brings with him suspicions of murder, mystery and the key to Molly’s heart. 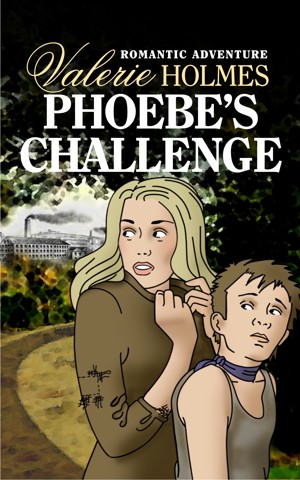 Phoebe's Challenge by Valerie Holmes
Price: $1.28 USD. Words: 41,980. Language: British English. Published: July 14, 2013. Categories: Fiction » Romance » Historical » General
Phoebe and her brother, Thomas, have to flee the evil regime of Benjamin Bladderwell when an accident results in them being labelled machine breakers. Hunted with nowhere to run, the mysterious Matthew saves their lives. He is a man of many guises who Phoebe instinctively trusts, but Thomas does not. Their future depends upon this stranger, unaware that he is also tied to their past. 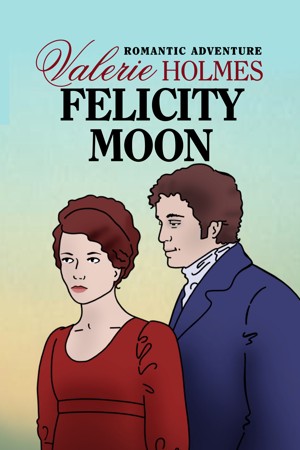 Felicity Moon by Valerie Holmes
Price: $1.28 USD. Words: 29,520. Language: British English. Published: December 16, 2012. Categories: Fiction » Romance » Historical » General
Felicity Moon strikes the Lord of the manor in self defence and is forced to leave his household. Squire Moon, her father, is in gaol charged with bank-rolling smugglers and storing contraband. Felicity has one last chance to save herself from ruin in the form of a reference to Mr Lucas Packman, a man her father dislikes. She has a stark choice to make: trust Packman or her obey her father. 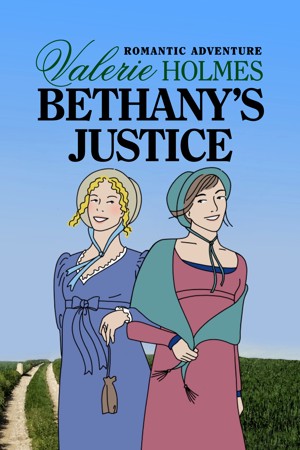 Bethany's Justice by Valerie Holmes
Price: $1.28 USD. Words: 27,660. Language: British English. Published: December 13, 2012. Categories: Fiction » Romance » Historical » General
When Bethany and Kezzie excitedly walk to a neighbouring village fair, Bethany discovers how fickle her friend is once they meet up with womaniser, local shepherd, Bill Judd. Deserted on the open moor road, Bethany’s feelings are hurt, but she is determined to continue her journey. In her anger she makes a life threatening decision, cutting through a wooded estate, which changes her life forever. 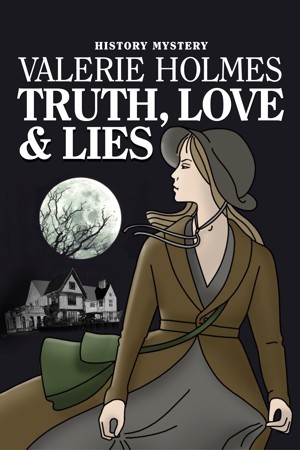 Truth, Love and Lies by Valerie Holmes
Price: $1.28 USD. Words: 31,200. Language: British English. Published: October 29, 2012. Categories: Fiction » Mystery & detective » Historical
Florence Swan escapes before she is forced to work in a cotton mill. Naïve and ambitious, she ventures out into the world alone. Major Luke Stainbridge has been a prisoner of Napoleon. He returns to his beloved estate in England only to discover he has been replaced by an imposter. Two lives in chaos. Two destinies combine. Will the love of truth be enough to destroy a sinister network of lies? 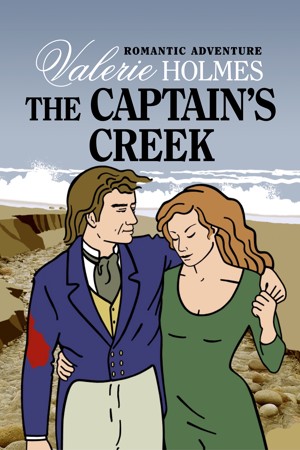 The Captain's Creek by Valerie Holmes
Price: $1.28 USD. Words: 26,710. Language: British English. Published: October 21, 2012. Categories: Fiction » Romance » Historical » General
Maggie Chase discovers an injured stranger fleeing for his life on the beach. Her father, Captain Chase is away at sea. Maggie is living in their cottage on her own. Trusting her instincts, she helps Montgomery to evade capture. Little does Maggie realise that this rash act will jeopardise her plans to open up a village school, for the handsome stranger is a man led by his own private ambition. 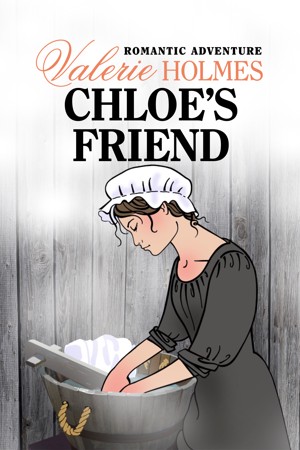 Chloe's Friend by Valerie Holmes
Price: $1.28 USD. Words: 32,000. Language: British English. Published: September 16, 2012. Categories: Fiction » Romance » Historical » General
Miss Chloe Branton has been found a position as a laundry maid in a wealthy country house. Although she dislikes the life, she respects her father’s wishes to stay there, knowing the arrangement will be temporary. Chloe has been hidden away from her father’s enemies. She soon needs help, which is given freely by Mr Thaddeus Poole, but Chloe does not know if he will betray her or be a true friend. 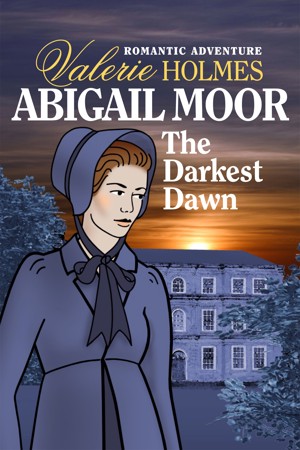 Abigail Hammond has been raised as a lady by her guardian, Lord Edmund Hammond. However, her sheltered life ends when he falls ill. His heir, Frederick, returns to force her into a marriage of convenience. Abigail has to flee to York with her lifelong maid, Martha, at Lord Hammond’s insistence. Captain Rusk, an injured rifleman, helps her and together they discover love and who she really is.
View their profile to see all of their books