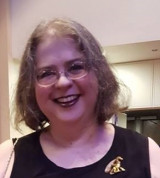 Published 2019-03-14.
What inspires you to be a writer?
Inspiration has little to do with it. Basically a writer has strong opinions and has something to say, to communicate to the world (and sometimes amuse the world in the process). If you like interpreting what you see around you, analyzing and describing and explaining to yourself, reasoning out loud, and then making others better understand; if you want them to see things your unique way, you usually become a writer of some kind. If you like words, language (English or any other), if you find beauty in the sound of speech, then you might end up writing. But most of all—if you secretly think of life as a story imbued with patterns and meaning, and if you like to wonder and dream and imagine “what if” possible alternate endings and adventures; if you like to put yourself into someone else’s shoes, then you will end telling different variations of this story to yourself and others. Oh, and of course you will have to write your story down. Because you won’t be able to rest otherwise. Some think of it as logorrhea (fun word), but you know it’s just passion that needs to be expressed. Every new book is your passion compressed into words.
Where did you grow up, and how did this influence your writing?
I was abandoned by urban elves on the doorstep of an apartment in Moscow, Russia, a mad changeling child wrapped in a blanket of leaves and dandelion.

Seriously, I was born in 1966, in the former USSR, the child of penniless intelligentsia parents. My schoolteacher mother had taught me to read early and introduced me to fairy tales of all lands and cultures, and to ancient Greek mythology. I was a six-year-old girl obsessed with the Homeric epics, knew passages by heart, wanted to change my name to "Athena," carved functional bows and spears out of wooden sticks in the back yard of the apartment complex and pretended to be an Amazon.

I was also a very sickly child, and spent most of my time out of school bedridden, and reading tons of books that my mother would bring me from the library. I read the classics, children's fantasies and fairy stories, novels of magic and ancient history -- all in Russian, of course. When we left the USSR, I was just finishing up 3rd grade, and had just begun to study English, my second language, at the same time as I was assimilating by osmosis my other native language, Armenian (later in school in the US, I studied Spanish, Mandarin Chinese, and German).

We immigrated to Beirut, Lebanon and lived as refugees during the very beginning of the Lebanese civil war, then lived in Greece, and finally were admitted to the United States in 1976, the Bicentennial year. During my time as a refugee, I did not attend school since I did not know enough Arabic and was illiterate in Armenian (those were the only schools available), and instead my mother made me read an old borrowed children's encyclopedia in English for over a year, in lieu of formal schooling. Thus, I never finished 3rd grade and did not attend 4th grade.

I feel like my head is a cauldron of different cultures, East and West, all made familiar and comfortable -- so much so that I cannot imagine not knowing a little bit about everything all around the world. Linguistically I seem to have an innate ability to understand roots of words from many languages I have never formally studied, and to correctly infer meanings. Culturally it all mixes together into an acceptance of many possibilities, an open-ended permanent state of wonder. 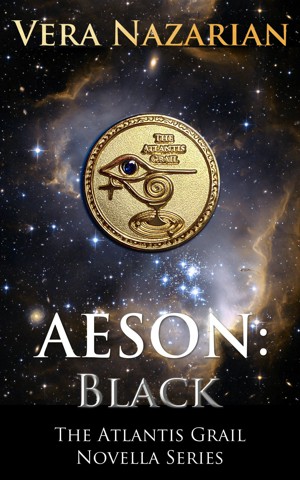 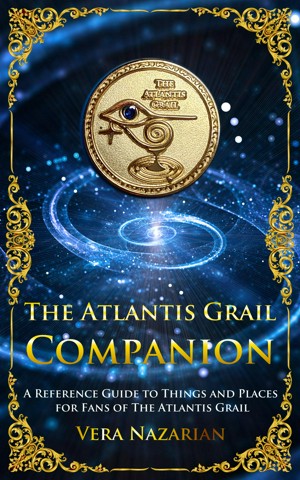 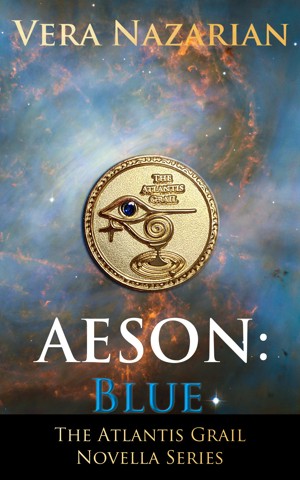 Aeson's secrets revealed at last! Before Gwen won Aeson's heart… Before they joined forces to protect two planets and humanity itself… Aeson faced death on his own. And lost. 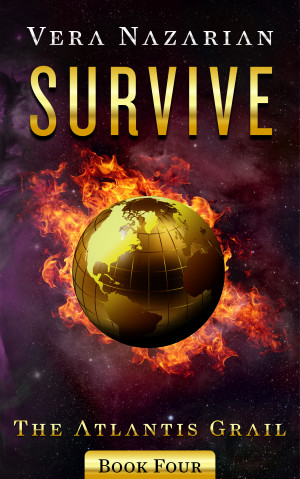 The End is Here, in a Fiery Cosmic Apocalypse! Gwen Lark knows how to Qualify, Compete, and Win… The time has come to Survive. The final battle is here, and Gwen, and everyone she knows and loves, are in for the greatest fight of their lives. SURVIVE is the fourth and final book in The Atlantis Grail series, now an international cross-genre phenomenon, optioned for film. 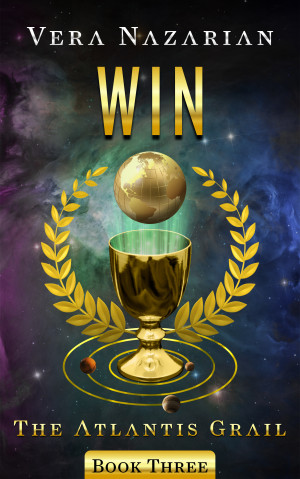 2018 Dragon Award Finalist — Best Science Fiction Novel The Games are Forever! It’s one thing to Qualify and Compete… Now she must Win. Gwen Lark is one of the few lucky teenage refugees to escape the extinction-level asteroid barreling towards Earth and reach the ancient colony planet Atlantis. Now she must compete in the brutal and deadly Games of the Atlantis Grail. 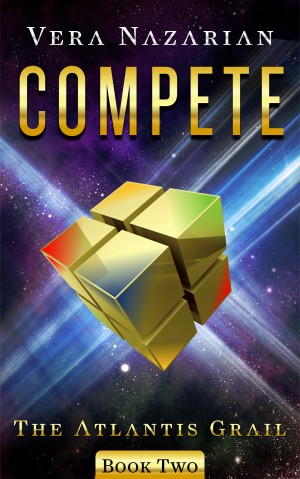 It’s one thing to Qualify… But do you have what it takes to Compete? With Earth about to be destroyed by an asteroid, teenage nerd, geek, and awkward smart girl Gwen Lark, and her friends compete for privilege, position, love, and survival onboard great starship arks, as they journey to the ancient colony planet Atlantis. Meanwhile, the fate of Earth and their families hangs in the balance. 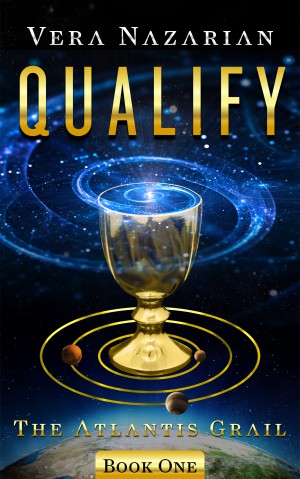 Nerd, geek, and awkward smart girl Gwen Lark must compete against other Earth teens, including high school crush Logan Sangre, in order to Qualify for interplanetary rescue from an asteroid apocalypse, in this high-octane dystopian thriller from a Nebula Award Finalist, in the vein of DIVERGENT and THE HUNGER GAMES. Now optioned for development as a feature film series and/or TV series. 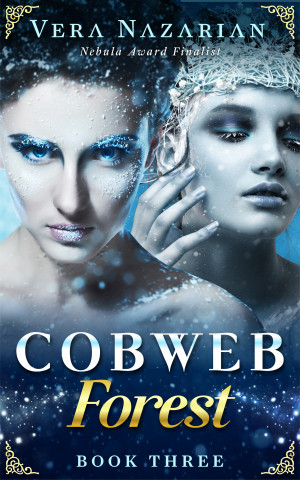 The world is broken… A dark Goddess rises. A mortal maiden must stop her. COBWEB FOREST (Cobweb Bride Trilogy, Book Three) is the third and final book of the intricate epic fantasy flavored by Renaissance history and the romantic myth of Persephone, about death’s ultimatum to the world. 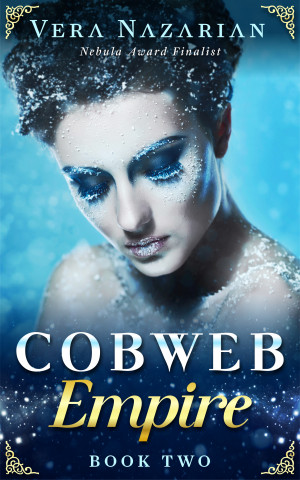 In a world where no one can die, she alone can kill... COBWEB EMPIRE (Cobweb Bride Trilogy, Book Two) is the second book of the intricate epic fantasy flavored by Renaissance history and the romantic myth of Persephone, about death’s ultimatum to the world. Now that she’s Death’s Champion, what will Percy do? 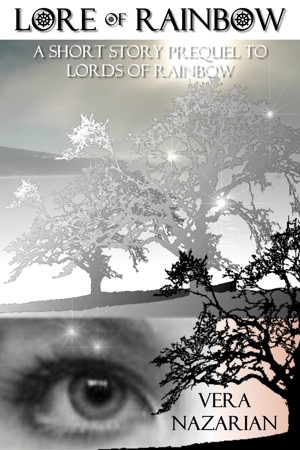 Enter the one true realm of one thousand and fifty shades of grey... How did the world without color come to be? Discover the ancient mystery in this short story that started it all, the prequel to the monumental epic fantasy LORDS OF RAINBOW!
View their profile to see all of their books