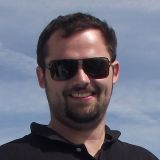 Published 2013-12-10.
What motivated you to become an indie author?
Having drawn the comparison myself, and later seeing others do likewise, that the internet is 'as big as the printing press', it occurred to me that ebooks are therefore the equivalent of pamphlets. The early presses allowed knowledge to be spread from outside the control (and censorship) of the monk-scribes. Nowadays, the mainstream media has become corporatized, and only on the internet does there still remain some independence.
What is the greatest joy of writing for you?
Watching in amazement as the words appear on the screen before me as if I'm reading them for the first time before even being aware of having thought them. The novel (epocalypse) was basically five short stories, none of which knew how they would end before beginning, and I was excited to know how each would play out. In some cases I changed or shortened endings, but mostly I simply did not know what to expect until it was written.
What's the story behind your latest book?
Initially, I started writing a post-nuclear story, but after seeing too many films about it, latched onto the Millennium Bug as a possible candidate for the end of the world. Having survived what I'd come to believe the pre-ordained end of the human race, I let the story fester in digital-only formats while working on what will now be my second novel. But as the Mayan 2012 Calendar end date approached, I read over the only surviving copy (the digital - the handwritten ones had gone the way of the wiggly worm when I was streamlining my belongings for the move to Spain) before starting a rewrite. By now, the family in the older versions had been relegated to one of five stories intertwined, and came out the better for it.
What are you working on next?
Having left a completed draft to return to an older incomplete one (epocalypse), I've started writing new scenes for a complete rewrite. Problem is, I've also been using free-time moments in the working day to work on a children's book, so I can't say for sure which will come to completion first.
The main thing is that until I released 'epocalypse', I was always starting new projects as a way of avoiding finishing older ones. But with that hurdle passed, there is a new impetus to complete for publishing - itself a much faster and up-to-date process than ever before.
What is your writing process?
Lying back against cushions on one arm of the sofa, with legs up, laptop on lap, elbows propped on cushions to allow perfect angle for typing, headphones on with lyric-light music rocking the toes but keeping the mind free to weave. I've discovered that if the angle of back on cushions is just right, an almost subconscious form of writing can occur - to the point where, if I keep my fingers off the keys and close my eyes for too long, I stop visualising the story and start dreaming.
How do you approach cover design?
In the case of 'epocalypse', I wanted an image of the tower of Babel, and found Pieter Brugel's painting, opened it in Photoshop, and started tweaking settings. I liked the symbolism of the image being an electronic version of an old painting, and the fact of what it portrays connects to the idea that the internet is the only place since then that has had all the peoples and languages of the world united and working together.
What is your e-reading device of choice?
When mobile phones first became popular, I was a reluctant luddite - I hate phones, be they mobile or fixed. But the day I first managed to load an ebook onto one was a revelation for me. And as a writer, the day I was also able to turn the phone horizontal and type out a story instead of carrying notepad and pen or losing an idea to the wind, was a major turning point.
When did you first start writing?
The first time I wrote voluntarily rather than for school projects, was as soon as I left school. I wrote the first incarnation of 'epocalypse' without a working title with pencil on A4 paper. I wrote a screenplay and got my mates to act it out with me. I wrote lyrics to songs I was in bands with. But all the time, through late teens and into early twenties, I focused my spare time more on music - stating to all that would listen that a music career not launched by thirty ain't gonna happen, but a writing career started BEFORE thirty is a rare sight indeed!
Do you remember the first story you ever read, and the impact it had on you?
Not the first one specifically, but I remember the first book I bought (asked my mum to buy for me!) - a compilation of ghost stories called Ghostly and Ghastly - when I was eight or nine years old. I was always fascinated by ghost stories (despite also being an absolute scaredy-cat), but there was one in there that I think was the reason I ended up scared of the dark! It was probably around that age that I first understood the power of writing.
Do you remember the first story you ever wrote?
The first story I wrote took me the entire duration of a two week family holiday in what would become my adopted home of Spain, and was in prose. I then rewrote it as a screenplay. I then morphed it into the family surviving the Millennium.
I don't know if I've still got the hand-written in pencil on A4 version, but I remember pretty-well the whole story, and would have to rewrite it in my 'adult' voice if I ever wanted to do anything with it.
Smashwords Interviews are created by the profiled author or publisher. 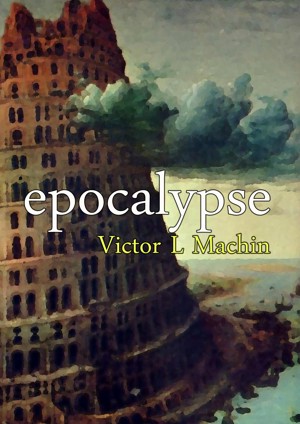 Epocalypse by Victor L Machin
Price: $2.99 USD. Words: 98,800. Language: English. Published: December 3, 2013. Categories: Fiction » Science fiction » General, Fiction » Science fiction » Apocalyptic
Following a series of natural disasters, the survivors must come to terms with living in a world where all electronic devices have stopped working. The novel follows five different groups of survivors in various parts of the world, and also features short stories summarising the likelihood of others living to tell the tale of the digital dark-age.