Published 2019-02-14.
Where did you grow up, and how did this influence your writing?
I was born in Thailand in the refugee camp, so I grew up without knowing a single word of English until I was six years old and we got sponsored to come to New Zealand. I fell in love with romance books when my family went fruit picking every summer. During one visit to the Red Cross shop, I picked up a mills and boon romance book. That was when I discovered I love reading romance. It was something about a sheik capturing this female lead. After reading hundreds of romance books, I wanted to create my own love story, and that's how I became a self published romance author.

Another major influence to my books would be music. My family loves listening to music and when YouTube first came out, I discovered Kpop. And from then on, I always have my headphone on, thinking of scenes that I can write in my next story.
What's the story behind your latest book?
My series, Maid to the Mafia, which I'm currently writing book three right now, titled Maid to the Mafia: Totally Intoxicated, is a romantic comedy mafia romance. I guess I'm a bit different when it comes to tackling genre in the romance field. Mafia romance is usually depicted as dark, with longs of blood and sacrifices. I wanted to write something light and funny but still want to capture the lifestyle of a mafia. I guess it's my way of creating something from the norm.

In this series, the character Giovanni, is still depicted as being raw and vicious, but he's also a very vulnerable man. And that's the kind of message I like to write about in my story. There's never a black and white image of someone. There's always two sides to a person. And with Giovanni, the mafia boss, he may seems like he's the ultimate bad boy who curse like anything, but when it came to Jenny, his lover, he's like a little puppy asking for attention. Which I find is quite sweet.
What are you working on next?
I'm working on a number of multiple series and books at the moment. I have a very short attention span so I can't stick with writing one book at a time. At the moment, I'm writing book 3 in the Maid to the Mafia series titled Maid to the Mafia: Totally Intoxicated. I'm also writing another series called Love Sick, about a billionaire who can't forget his first love. This series occur concurrently with Maid to the Mafia series and will come out probably in 2020. Finally, I am also working on a reverse harem fantasy romance series. I've only done 2 chapters so far. It's my first time venturing into this genre so let's see where this goes when I publish it.
When did you first start writing?
When I was about fourteen years old. It was during one of our school assignment as part of English class. We were told to write a short story, under 5K long. I ended writing more than 20K long. I didn't get a good mark though. But through that experience, I found I love writing books.
What motivated you to become an indie author?
My sister Alexia Praks. She's also a romance writer. She's like my idol. But ultimately, it's like my fantasy to create stories that I love to see one day become a TV series or movie. When I write, I see each scenes as a TV series unfolding before my eyes.

Going the indie way is good for me as I can control everything myself. I do my own book cover designs, and everything, except for editing. My copy editors do that for me.
What romance sub-genre do you want to write next?
I want to try writing paranormal and fantasy romance. I have always written contemporary romance so I think by expanding my writing genre I will grow more as an author. Another sub-genre I'm looking forward to writing is MM romance. Since I love reading in this genre so much, I want to create happily ever after for these boys.
What is the greatest joy of writing for you?
I get to live in my fantasy world, but I think most importantly, it's my fans. When they email me to say they love my work, I'm at my most happiest. Also, seeing my books become successful would be good too.
When you're not writing, how do you spend your time?
I like to consider myself a multicultural kind of girl. Although I don't understand any other languages except for Khmer and English, but I love listening to different music from different country, Like I'm very addicted to Kpop and Vietnamese pop music. I have a playlist whereby I listen to it all the time. If you see someone walking down the street with a headphone on, that might be me.

Also, I love reading manga or Japanese comic, especially BL or yaoi genre. BL or yaoi genre is MM romance. I love the dynamic between the two male leads and how they overcome all obstacles to be together. Plus, two guys together is just hot.

Another genre of mine would be psychological mystery. I love the unexpected plot twist to these stories. I guess that's why I love writing books that contain lots of twist. An example of one of my book would be 'The Billionaire's Twisted Love.' This series is full of plot twist. When you think you get the gist of the story, then bam, you're wrong.
Describe your desk
I don't actually have a writing desk where I write my books. I write in my bed. All I need is my laptop, music playlist ( my songs in this playlist consists of Korean, Thai, Vietnamese, Cambodian, Chinese and English songs), and my headphones. I cannot write without music in the background.
How do you approach cover design?
I do my own book covers. My sister, Alexia Praks, who's also a romance writer, taught me how to design it. I'm still not a book cover design professional since there's a lot of tools in the software I can't use, but I'm learning a lot.
What is your writing process?
I don't actually have a writing process. When I listen to music, a scene pops into my head and i just write it down. The characters develop from there.
Smashwords Interviews are created by the profiled author or publisher. 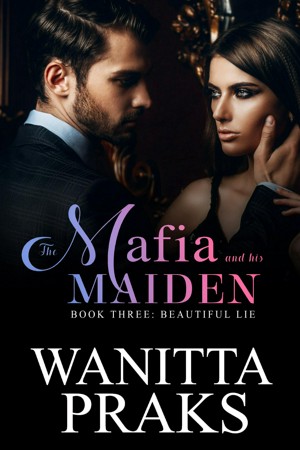 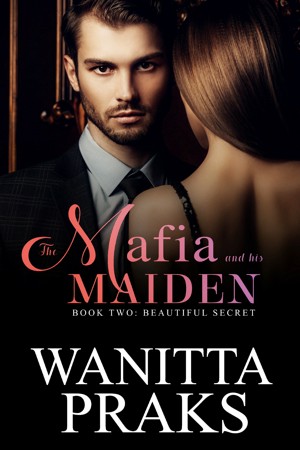 The Mafia and His Maiden: Beautiful Secret by Wanitta Praks
Series: The Mafia and His Maiden. Price: $3.99 USD. Words: 36,070. Language: English. Published: June 8, 2021 by Wanitta Praks. Categories: Fiction » Romance » New adult, Fiction » Romance » Contemporary
The second book in Amelia and Lorenzo's love story. After being Lorenzo's woman, what will Amelia do when she realises Lorenzo has been keeping secrets from her? 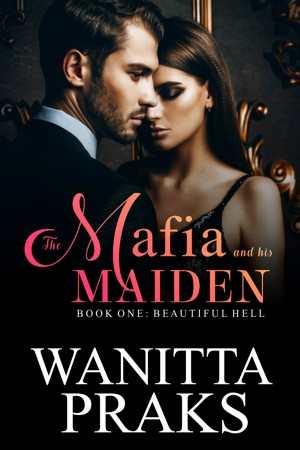 The Mafia and His Maiden: Beautiful Hell by Wanitta Praks
Series: The Mafia and His Maiden. Price: Free! Words: 46,610. Language: English. Published: January 13, 2021 by Wanitta Praks. Categories: Fiction » Romance » New adult, Fiction » Romance » Contemporary
Amelia is dragged into the underworld of mafia by none other than Nikolas Lorenzo, who claims that her father owes him four million dollars. But there is another underlying reason why he took such drastic action, and that is because Amelia is responsibly for his brother's death, or so he claims. And his mission now is to make her pay for her crime. A spinoff series to Maid to the Mafia. 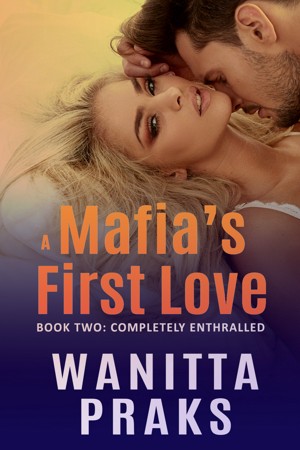 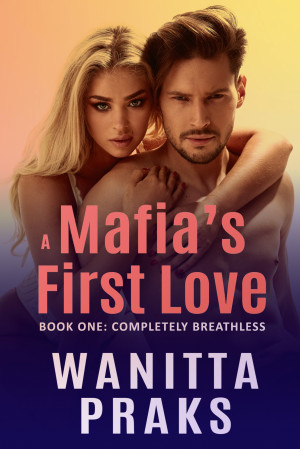 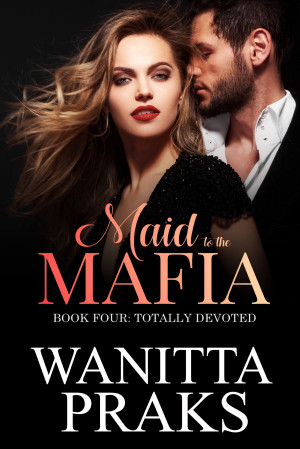 Maid to the Mafia: Totally Devoted by Wanitta Praks
Series: Maid to the Mafia. Price: $3.99 USD. Words: 53,130. Language: English. Published: May 18, 2020 by Wanitta Praks. Categories: Fiction » Romance » New adult, Fiction » Romance » Contemporary
The final book to Jenny and Giovanni's love story. Jenny has been kidnapped and Giovanni will stop at nothing to get her back. How would their fate turn out? 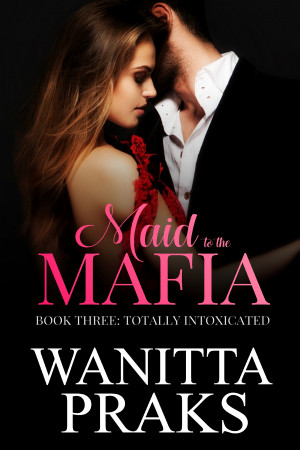 Maid to the Mafia: Totally Intoxicated by Wanitta Praks
Series: Maid to the Mafia. Price: $3.99 USD. Words: 49,900. Language: English. Published: November 26, 2019 by Wanitta Praks. Categories: Fiction » Romance » New adult
The third book in Maid to the Mafia series. The life of Jenny Stone, maid turned lover to Giovanni Dente, the mafia boss. Her life will never be the same again when he introduces her to his underworld of mafia. How intoxicating... 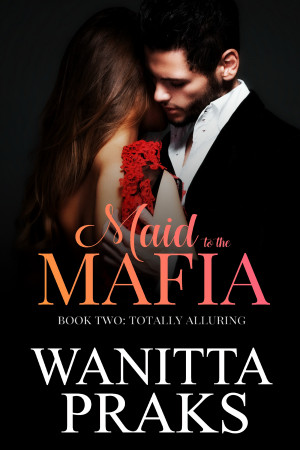 Maid to the Mafia: Totally Alluring by Wanitta Praks
Series: Maid to the Mafia, Book 2. Price: $3.99 USD. Words: 45,340. Language: English. Published: January 24, 2019 by Wanitta Praks. Categories: Fiction » Romance » New adult, Fiction » Romance » Contemporary
Book 2 of Jenny and Giovanni's love story. Upon uttering the word coffee, Jenny Stone somehow finds herself paying off her father’s debt by working as a maid to the multimillionaire mafia boss, Giovanni Dente. Between serving him coffee and doing his dirty work, she finds she stuck in this intricate web that he binds around her. She wants to escape. But what can she do when her heart is totally c 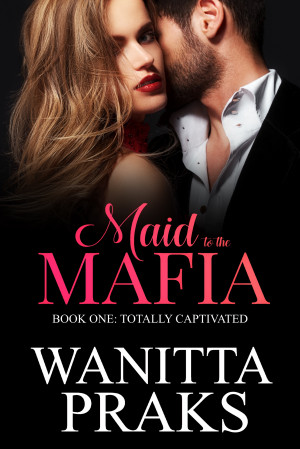 Upon uttering the word coffee, Jenny Stone somehow finds herself paying off her father’s debt by working as a maid to the billionaire mafia boss, Giovanni Dente. Between serving him coffee and doing his dirty work, she finds she stuck in this intricate web that he binds around her. She wants to escape. But what can she do when her heart is totally captivated by him? 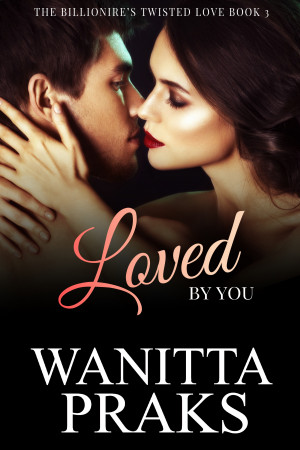 The Billionaire's Twisted Love Book 3: Loved by You by Wanitta Praks
Series: The Billionaire's Twisted Love. Price: $3.99 USD. Words: 40,330. Language: English. Published: January 29, 2018 by Wanitta Praks. Categories: Fiction » Romance » Contemporary, Fiction » Romance » New adult
ulian Devereux. Heart and soul, I am bound to him. But his past continues to torment him. Let it go, Julian. Let’s escape together to a place where only love exists. But will the path you choose lead to a violent ending to our story?
View their profile to see all of their books