Published 2013-09-15.
Do you remember the first story you ever read, and the impact it had on you?
I remember reading an excerpt from Ray Bradbury's Dandelion Wine at a very young age. The story talked about a new pair of sneakers at the start of Summer being absolute magic with their potential, and it sparked something within me that continues to today.
What's the story behind your latest book?
Long ago, I read about the legend of the Wendigo, and it's such a powerful and disturbing idea, I've never let go of it. Wrote a bad version of the book a long time ago, but wasn't good enough to make the book a good one. Last year, the idea for making it work came to me, and it's now coming to fruition.
What is the greatest joy of writing for you?
Making characters come alive, and telling stories that matter. And when people tell me something I've written touched them, it makes all the hard work worthwhile.
What motivated you to become an indie author?
Several years ago, I'd proved my writing was good enough and commercial enough to sell. Had an agent, who got an acquisitons editor interested. But too many months went by with no forward motion. Tried submitting directly to publishers after that, and discovered they don't even bother to respond. Was researching success stories of the New World of Publishing, and of how people could make a go of it outside the traditional big NY pub path. And the concept of having control over the process, and not being subject to the whims and bad decisions of others was intoxicating. So I changed direction of a path I had pursued for years, and it's been great!
Where did you grow up, and how did this influence your writing?
Like Stephen King, in rural Maine, and the solitude and self-reliance were major factors in my life choices. I had lots of time for reading, and devoured everything I could get my hands on, so I have a tremendous literary background, the kind necessary for a writer.
What inspires you to get out of bed each day?
The fact that I can create new worlds that have meaning for others, and that I'm one step closer to making a living doing this full-time.
How do you approach cover design?
I discuss the book theme with my designer, and any concepts I may have. She takes it from there, and always comes up with a winner.
How do you choose the genres you write in?
The story determines what type of genre it must be. I had a story, and it evolved into one book, and then a series.
Do you ever experience writer’s block, if so, how do you deal with it?
Have multiple projects, and work on something else. Sure, you can get temporarily blocked on one thing, so have more going for you.
Is there any particular author or book that influenced you?
So many- check my website for writers I admire. I write in different genres, because I've had so many influences. I'm spurred on by writers who tell a good story well.
For mysteries: the line from Dashiel Hammett, Raymond Chandler, Jim Thompson, John D. MacDonald, Robert B. Parker, James Lee Burke.
Stories: Poe, de Maupassant, Saki, Ray Bradbury, Harlan Ellison, Stephen King
and in general: Hemingway, Victor Hugo, Thomas Wolfe (both of them), Robert Heinlein, Harper Lee, on and on...
How do you market your work? What avenues have you found to work best for your genre?
In every way possible: TV, radio, newspapers, blogs, social media, public appearances, library talks. My favorite is personal appearances, where I can interact with people.
Smashwords Interviews are created by the profiled author or publisher. 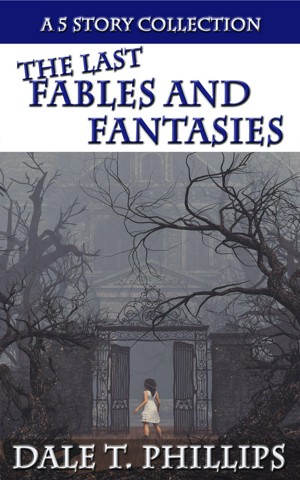 The Last Fables and Fantasies by Dale T. Phillips
Price: $2.99 USD. Words: 15,610. Language: English. Published: July 28, 2022. Categories: Fiction » Fantasy » General, Fiction » Fantasy » Short stories
In this, the final volume of the Fables and Fantasies collections, we have a number of dark tales: a twisted version of an old fairy tale, a fantastic ride that does not end where the rider thought, horrible creatures from a legendary world of monstrosity, a terrifying clown in a macabre fantasy setting, and a hunt where the tables are turned, by a creature of myth. 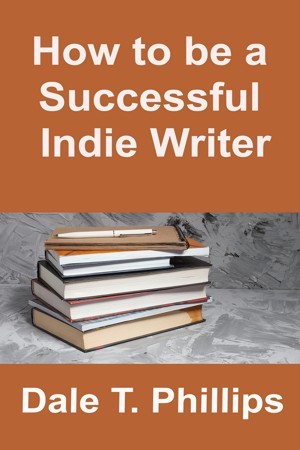 How to be a Successful Indie Writer by Dale T. Phillips
Price: $4.99 USD. Words: 47,870. Language: English. Published: May 13, 2021. Categories: Nonfiction » Publishing » Self-publishing, Nonfiction » Self-improvement » Personal Growth / Success
There is much to learn in the modern world of Independent (Indie) book publishing, and more competition for sales every day. This book details the methods used by successful writers, both traditional and Indie. Covers a great deal of material: adapting to the mindset for a long career, creating your business profile, setting goals and expectations, and where and how to publish and sell. 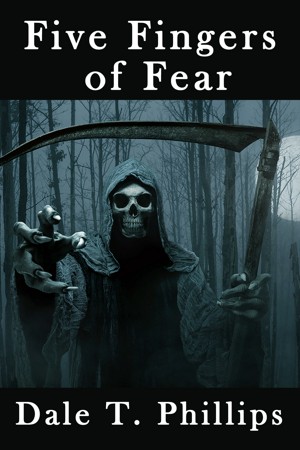 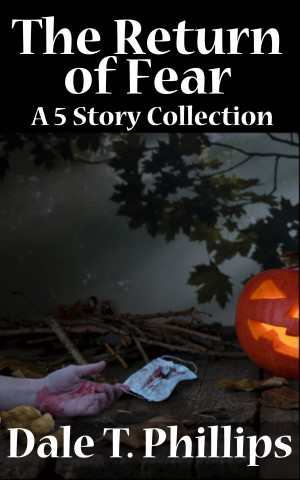 The Return of Fear by Dale T. Phillips
Price: $2.99 USD. Words: 25,910. Language: English. Published: August 2, 2020. Categories: Fiction » Horror » General
Here are five scary stories about different types of terrors that haunt us. Some are deserved, some come from pits of evil for the innocent. These tales come together for the first time to keep you up at night. Enjoy the ride on the scary rollercoaster. 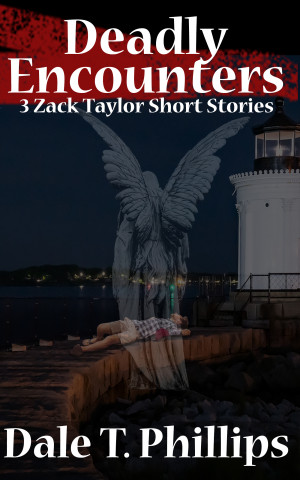 Deadly Encounters by Dale T. Phillips
Price: $2.99 USD. Words: 24,970. Language: English. Published: August 1, 2020. Categories: Fiction » Mystery & detective » Amateur sleuth, Fiction » Mystery & detective » General
Grieving over a past tragedy, troubled ex-con Zack Taylor has spent a lifetime in the shadows. He has finally found a measure of peace in Maine, helping others as a way of dealing with his grief, guilt, and rage. But he finds even simple problems have unintended consequences, and danger lurks in the most unlikely places. 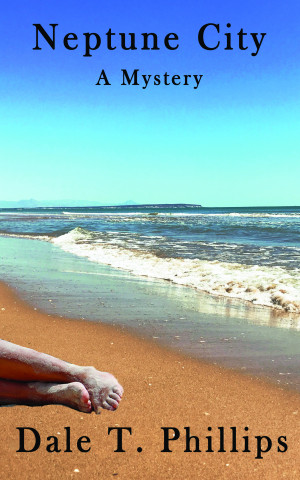 Neptune City by Dale T. Phillips
Price: $2.99 USD. Words: 32,300. Language: English. Published: March 30, 2020. Categories: Fiction » Mystery & detective » General
When LA detective Jim Lloyd reluctantly returns to his NJ hometown for a final funeral, he is pulled into his troubled past, and a world of secrets, deceit, and danger. 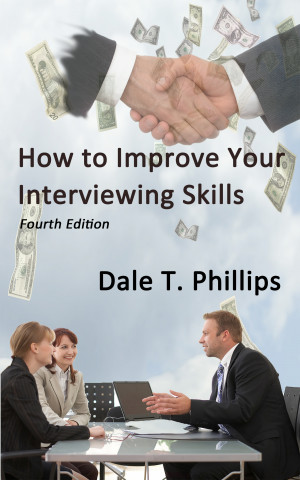 How to Improve Your Interviewing Skills by Dale T. Phillips
Price: $2.99 USD. Words: 10,360. Language: English. Published: December 26, 2019. Categories: Nonfiction » Business & Economics » Human resource management, Nonfiction » Business & Economics » Personal success
Hiring is a major concern for companies. It is harder to find a good job and to stay employed for significant periods of time. Being unemployed is stressful, with worries about self-worth, income, and the future. So you need a competitive edge when applying for jobs, in addition to the knowledge and skills required for the position. You need interviewing knowledge and skills. 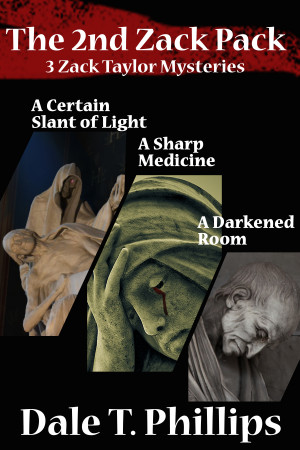 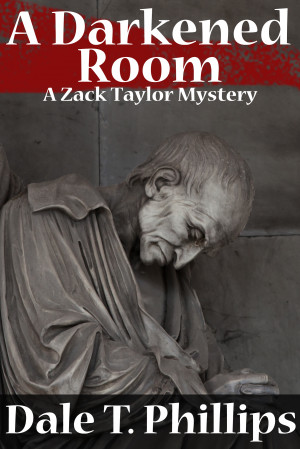 A Darkened Room (A Zack Taylor Mystery) by Dale T. Phillips
Series: Zack Taylor. Price: $4.99 USD. Words: 43,870. Language: English. Published: October 1, 2019. Categories: Fiction » Mystery & detective » Amateur sleuth, Fiction » Mystery & detective » Hard-Boiled
While searching for a missing man, Zack Taylor stumbles across another body. Though it looks like a suicide, Zack doesn't buy it, and he tampers with the crime scene to keep the police on the case. They do so, but are suspicious of Zack's involvement. More than his freedom is at stake when pieces of the dead man's activities become known, and the danger mounts for Zack and the woman who hired him. 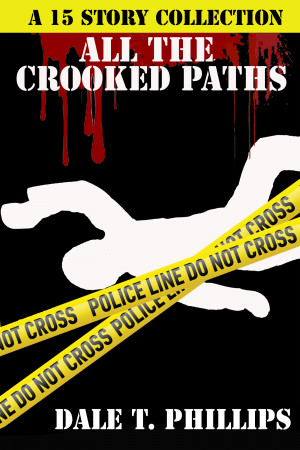