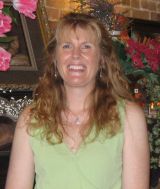 Published 2013-09-09.
Where did you grow up, and how did this influence your writing?
I grew up near the city of Norwich in the south east of England. It is a medieval city with a castle and two cathedrals. There are cobbled streets and lots of old buildings that look like they may have been built by people who had enjoyed one too many ales. Growing up with all that history surrounding me made a great muse for my imagination. In the village I grew up in, there is an ancient church. An urban legend surrounding the church sparked the initial inspiration for my books. Hence why I use churches in my storyline...it has nothing to do with religion :-)
When did you first start writing?
I was a late starter. I first started writing in 2006 when I was 37. It had always been a dream of mine to write a book about my backpacking adventure around Australia, taken when I was only 20 yrs old. I had always held back, thinking that no one would want to read a memoir about my trip. I had a light bulb moment after talking to a friend and decided I could write it as a piece of fiction, using my adventures as a back drop. A Summer Down Under was born. It was originally titled What's a Jilleroo to do? and I printed a few copies from Lulu.com (about all that was available back then) It sold well locally and I had some good feedback, but getting it any further was proving fruitless.

After I started writing The Amulet, I took down my Aussie book and it languished on my hard drive until 2012 when I decided to revisit it. I had 3 books in the Custodian novel series under my belt by that time and had learned A LOT about writing. I was relieved I had taken the Aussie book down. I admit, it was horribly written. I gave it a revamp; changing it from 1st to 3rd person POV, sent it through 6 beta readers, had it professionally edited, changed the title and worked with a professional cover designer. I was thrilled with the result.

Having built up a wonderful readership for my YA series, a majority of whom just happen to be adult women, I had a good cross over readership for my debut romance.
What's the story behind your latest book?
I am currently working on something a little different for me. After finishing the Custodian Novel series I was intending to start a spin-off series using one of the secondary characters, but I had this sassy female in my head who would not shut up until I started writing her story. So that's what I'm doing. I'm not really sure where it is going at the moment. I have a few avenues it could go down. I'm sure when I'm supposed to know, she will tell me hee hee! If you're an author you will appreciate that last remark.
What motivated you to become an indie author?
I tried the query-go-round after finishing the 1st Custodian novel (The Amulet). For a year I mailed out queries, got some requests for partials and fulls but to no avail. It was about that time that I was starting to look into other options and it was just about that time I read about this start up company called... Smashwords.

I did lots of research. Kindle was starting to get some traction and Nook was just being born. I figured, what the heck? Let's give it a go. Anything is better than spinning my wheels. It was the best decision I have made. I love being in control of my work, my rights, my covers etc etc. Every time I read a horror story about an author who was having a terrible time with their publishing company, or got a raw deal on a contract they didn't understand, I lean back in my chair and puff out a sigh of relief.
How has Smashwords contributed to your success?
One word... Immensely!

I was one of the earlier indie authors on this site, back when it was just Mark Coker and a couple of others. Mark was so positive and inspirational. My break out came because of Smashwords. After releasing the 2nd book in the series, The Emerald Staff, I decided to put the 1st book for free. The only way to make that happen on Amazon at the time was to put it free on Smashwords, because Smashwords was the only site that allowed you to.

After about a week of it being free on Smashwords, and consequently everywhere else SW distributed to, Amazon price matched and my 1st book went free. Overnight (quite literally) The Amulet went from around 80,000 on the Amazon listings to #20 on overall free and #1 on the Children's Bestseller list. Within a week the 2nd book debuted at #25 on the hot new releases list. I am now making a full time living from the sale of my books.

More recently, I have been featured, along with some other amazing SW authors on Apple iBook store's Breakout Books List.

If it hadn't been for Smashwords, I would not be where I am today...Thanks Mark!
What do your fans mean to you?
Everything! Without them I wouldn't be where I am today and I am thankful and feel blessed for every single one of them. I love getting emails and respond to them all. But, I have the most fun on Facebook with my fans. I share silly snippets about my day to day life and have conversations. To say thank you, I often run giveaways on my fb page which are always very popular.
What inspires you to get out of bed each day?
A fear of the dog leaving me a present on the carpet...Just kidding! I am blessed to live in a beautiful part of the country and have a lovely view out of my windows that greets me when I open the curtains. Although not inspiration exactly, responsibility also kicks me out of bed in the morning. I run my own tax & accounting business and I have several clients who rely on me.
How do you discover the ebooks you read?
I network with a LOT of authors on Facebook. There are constant promos for books being added to my news feed. I like to support the authors I network with and if I see a book that catches my eye I will add it to my kindle. Also word of mouth from friends adds to my growing list of books.
Do you remember the first story you ever wrote?
Yes. It was in middle school for an English essay. From what I remember it was rather fantastical and had horses in it. Growing up, my report card often read "If Alison could apply her imagination to her school work, she'd get straight A's". My poor Mum. *grins*
What is your writing process?
It's a bit all over the place truth be told, which is probably why it takes me so long to write a book. I read constantly about other authors who write a certain amount of words every...single...day. I envy them. I've tried that but it just doesn't work for me. If my heart isn't in it, it comes out looking forced on the page. I've made my peace with that and I write when I feel like it, which can mean sometimes I don't write for weeks.

I do have a separate laptop that I use solely for writing. I will write sitting on my comfy sofa in the living room and usually in the evenings. I rarely write in my office. That is were I run my tax and accounting business and I have found the energy is just too logical in there to allow me to be creative.

I also write certain scenes to music. Music plays a huge part in my writing process.
How do you approach cover design?
For my young adult series, the theme was very clear in my mind right from the start. The lightning in the background ties the whole series together and had a special importance to my main character. For my New Adult romance, I found a cover designer through Facebook groups. I had no ideas for that cover. When I approached her, she asked me lots of questions about the story and then sent me about twenty different designs. I was amazed at the choice she had given me. I sent out my favorites to several friends and beta readers and we all voted on our favorite.

Now there are more and more groups on Facebook for cover designers and lots of pre-made designs are being posted every day. I sometimes find myself looking through them and wanting to write a story based solely on a cover that catches my eye.

I recently purchased a pre-made cover for my current work in progress. The girl on the cover fit my main character perfectly, and the theme of the cover tied with my story, so I bought it. I didn't want to wait and then regret it later.
Smashwords Interviews are created by the profiled author or publisher. 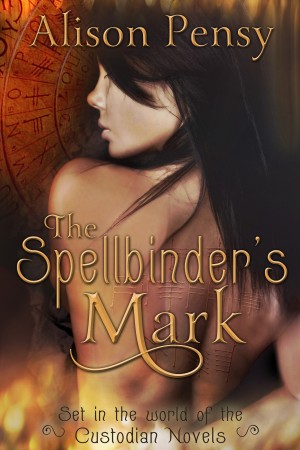 The Spellbinder's Mark (Set in the World of the Custodian Novels) by Alison
Price: $2.99 USD. Words: 69,290. Language: English. Published: March 30, 2015. Categories: Fiction » Fantasy » Paranormal
Kat spent much of her life trying to fit in and be normal. The gift she possessed made her attempt to do so all the more challenging. Abandoned as a baby, she often wondered about the strange scars on her back, wondered what kind of person would do such a thing to a baby. When she barely escapes being mutilated for them, Kat has to consider there may be more to the marks than horrific abuse. 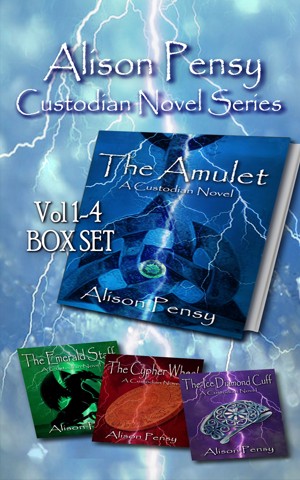 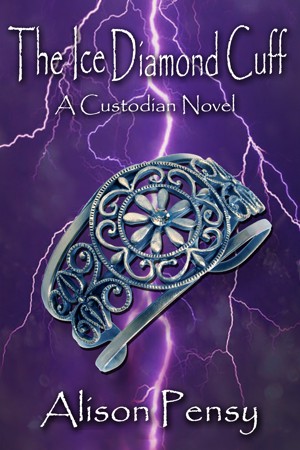 Across the land, wedding bells ring out their joyous announcement. But, when a wedding gift is discovered to possess a dark and sinister secret, the damage has already been done. As the dust settles, Faedra is thrust into a different role. One she is not ready for. The only hope she has of defeating a deadly force that threatens her new home, is to pull her allies together. 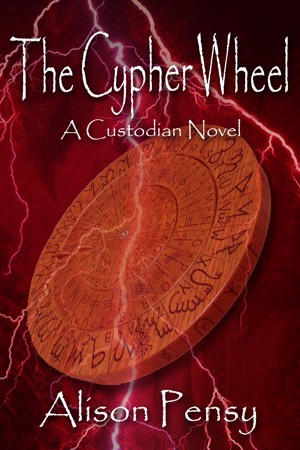 Faen was worried about his charge. Faedra had locked herself away in the cottage for 6 months. She was having trouble controlling her newly acquired powers, and was terrified of hurting someone. When Etyran obtained some tickets for a treasure hunt, she was persuaded to get out of the house and back into the real world. It was only a treasure hunt, what could possibly go wrong...? 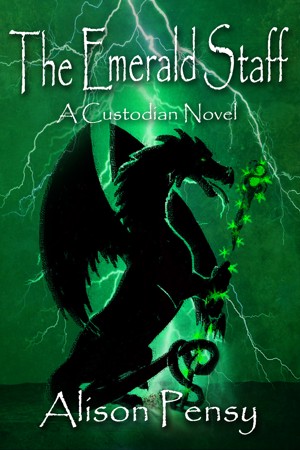 Faedra was enjoying the fact that everything was back to normal. Well, as normal as it could get when you had the ability to manipulate energy, were protector of an ancient Fae amulet, and lived with a fairy guardian 24/7. Her dad had even started dating. Yes, all was right again in Faedra’s world, or so she thought… 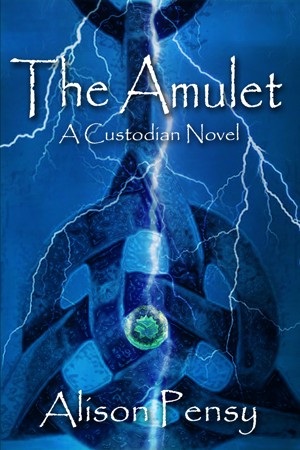 Faedra doesn’t know faeries exist, or that they control nature with a book. Nor does she know she’s next in line to protect an ancient fae amulet that controls the weather. She doesn’t realize the book has been stolen, or that the thief wants the amulet and is willing to kill for it. Until now Faedra is blissfully unaware of it all, but she’s about to find out…