Published 2018-02-19.
Describe your desk
My desk is an old junk. It is made of an old wood that has faded due to many decades of use, or say, misuse. It used to stand on four legs. Now, it stands on three legs. The fourth leg, broken by a severe dry season, is supported by a big stone gotten from a dilapidated building at the back of my residence. On its top, there is my personal computer kept at the centre. There are tattered old notebooks carelessly heaped on its right side, just close to a scar left by a fire. Scattered on its left side are several pens, phones, flashlights, compact disks, et cetera. Just last year, it nearly escaped being burnt down by a mysterious fire. But the fire succeeded in leaving a scar on it. Oh! I forgot to tell you that it has three broken drawers containing unclassified files and archaic books. Sooner or later, I will change this monstrous-looking desk and go for something better.
What do you read for pleasure?
I read every good book except erotic literature. Nowadays, I read more of nonfiction and less of fiction. I read a lot of classic books, especially philosophical books like A Grammar of Politics written by Harold Laski. At this my old age, I also read the Bible a lot. I do not primarily read it to go to heaven. I read it because I love its lucidity. But you need to possess a better version of the Bible to enjoy it.
Do you remember the first story you ever wrote?
Yes, I do. It was titled In the Bad Land. This story was written in the 1970s when I was about ten years old. It attempted to ridicule the bad practices that young people indulged in. Its plot was okay but it had some grammatical errors. I lost the manuscript before I could reach twenty years old. I still remember the story vividly. I will rewrite the story in due course.
How do you approach cover design?
All my book covers are done by one professional designer. I make one input only. I direct the designer on the colours I prefer. I make sure that each cover reflects the issues discussed in that particular book. For instance, I have a book titled Corruption in Third World. I told my cover designer to include red and black colours in designing the cover of this book. Anything bordering on corruption portends danger, red colour. It also portrays graveness, black colour. This is a top secret I am revealing to you.
What motivated you to become an indie author?
The sales from the traditional publishing were dropping. I had to do something. I took the bull by the horns. Then, I went independent. Now, I go digital. As a professional writer, I need to exchange my writing for money. It is the money anticipated from the sales of my books that has motivated me to write more and more new books. If you download any of my books, you ginger me up.
How has Smashwords contributed to your success?
Smashwords has contributed a great deal towards making me a better writer. I cannot forget in a hurry its sterling tools, which are still the best tools for any emerging author to possess. I enjoy some of those tools that give me an ample focus and inform me of any hidden danger to my analysis. You should know what I mean even if you join Smashwords today.
What's the story behind your latest book?
My latest book is titled Figures of Speech. It is a small book that explores the literary devices. It is a part of my textbook on English Language titled A Digest of English. I forgot to write on this area when I finished writing A Digest of English. I added it to the latter because any good English textbook becomes uninteresting without the figures of speech. It is also one of the most interesting books I have written.
What are you working on next?
I have been perusing the manuscripts of some young writers. I have even started editing some of the stories written by them. Most of them are interesting romantic stories. If I finish editing them, I will publish them in due course.
What is the greatest joy of writing for you?
The greatest joy springs from different realms, starting from my writing and publishing nonfiction to my editing and publishing fiction. I was afraid that I would be rejected by many readers. Now, I replace that fear with elation. I never believed that I would be accepted as a good writer by many readers. Now, I replace that disbelief with belief because many readers often download my books. Why cannot I be very happy?
Smashwords Interviews are created by the profiled author or publisher. 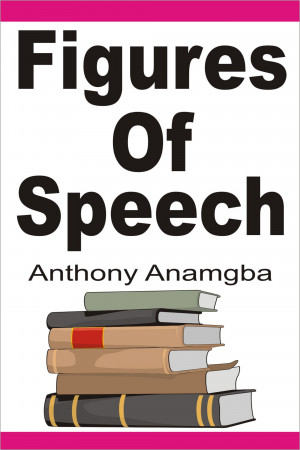 Figures of Speech by Anthony Anamgba
Price: $3.99 USD. Words: 2,270. Language: English. Published: October 17, 2017. Categories: Nonfiction » Language Instruction » English as a second language
This book introduces you to Figures of Speech. It clearly explains the figures of speech. It analyzes simile and metaphor. It appraises euphemism and personification. It examines oxymoron and irony. It identifies paradox and hyperbole. It evaluates onomatopoeia and alliteration. It discusses assonance and synecdoche. It highlights metonymy and apostrophe. And it explores climax and anticlimax. 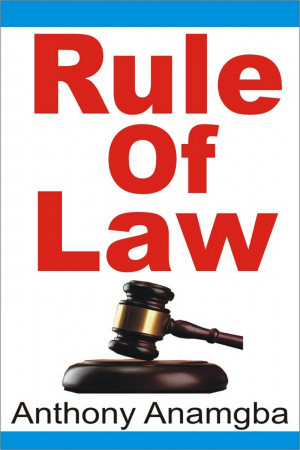 Rule of Law by Anthony Anamgba
Price: $3.99 USD. Words: 2,750. Language: English. Published: September 1, 2017. Categories: Nonfiction » Politics & Current Affairs » Democracy
This book clearly explains rule of law. It highlights the importance of rule of law. It analyzes the supremacy of ordinary law. It appraises the equality before the law. It examines the fundamental human rights which the State guarantees to its citizens. It discusses the duties and obligations which the citizens owe to the State. And it explores the limitations to rule of law in modern States. 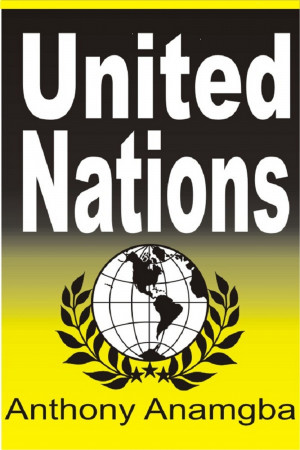 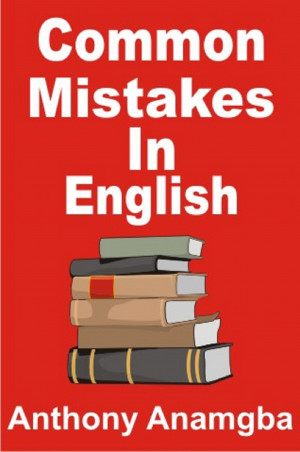 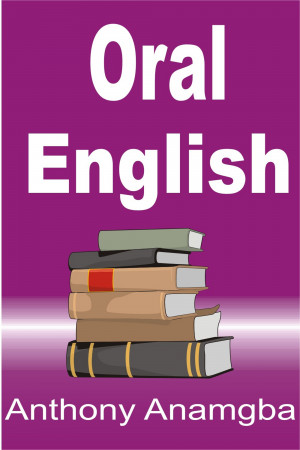 Oral English by Anthony Anamgba
Price: $4.99 USD. Words: 12,370. Language: English. Published: June 23, 2017. Categories: Nonfiction » Language Instruction » English as a second language, Nonfiction » Education & Study Guides » Study guides - English (insert language book was written in)
This book introduces you to Oral English. It clearly explains what obstruct you from producing correctly the sounds of English. It analyzes how to produce the vowel sounds. It describes how to produce the consonant sounds. It appraises how to transcribe words. It identifies the rules of stress placement on words and sentences. Backed with good exercises, it discusses how to rhyme words correctly. 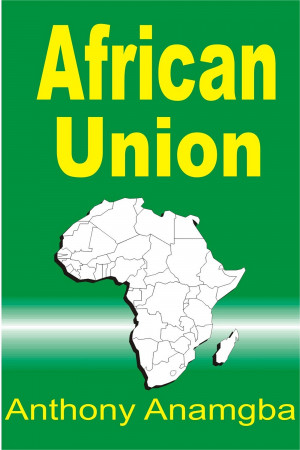 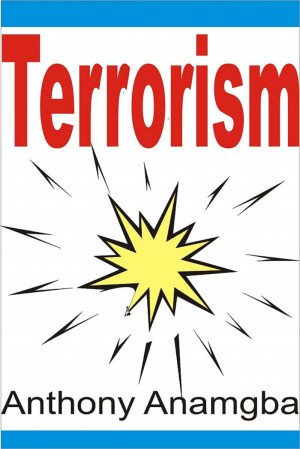 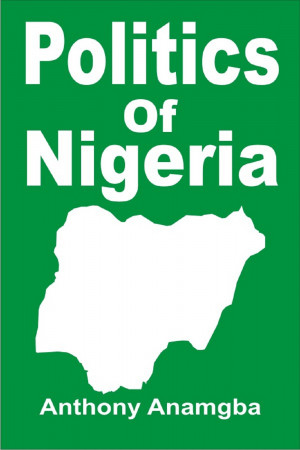 Politics of Nigeria by Anthony Anamgba
Price: $5.99 USD. Words: 21,430. Language: English. Published: June 6, 2017. Categories: Nonfiction » Politics & Current Affairs » Government
This book introduces you to Government and Politics of Nigeria. It clearly explains how politics is played in Nigeria. It describes the various organs of government. It analyzes the civil service and local government. It appraises the political parties and political crises. It discusses the federalism and revenue allocation. And it explores the military government and foreign policy in Nigeria. 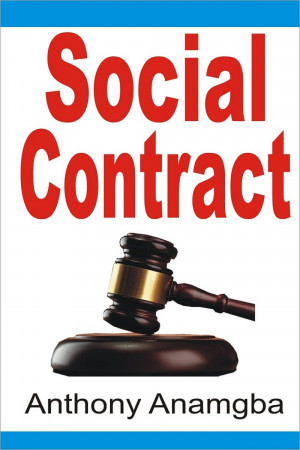 Social Contract by Anthony Anamgba
Price: $3.99 USD. Words: 2,350. Language: English. Published: June 6, 2017. Categories: Nonfiction » Politics & Current Affairs » Democracy
Social contract is a pact specifying the terms of agreement upon which the people are prepared to leave the state of nature and enter civil society. It is in this lucid manner that this book will teach you social contract. It analyzes the differences in the terms of agreement among the people. More importantly, it explores the limits, gains and losses of every political obligation. 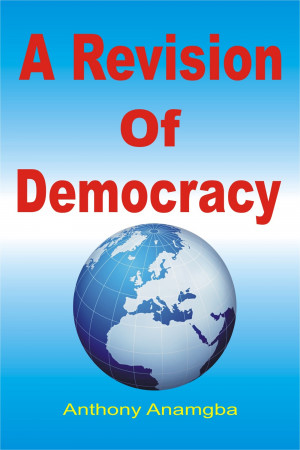 A Revision of Democracy by Anthony Anamgba
Price: $4.99 USD. Words: 8,930. Language: English. Published: May 24, 2017. Categories: Nonfiction » Politics & Current Affairs » Democracy
Democracy literally means the rule by the people. It shrinks when my inalienable rights are recklessly infringed upon by the leaders. It diminishes when there is not the equality before the law for all. It fades away when I lose my lawsuits due to inarticulateness and judicial partiality. And it ceases to exist when the leaders fail to promote the common good on a largest possible scale.
View their profile to see all of their books