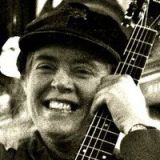 Published 2013-08-29.
Where did you grow up, and how did this influence your writing?
Ooh, that's a tough question. I had a pretty chaotic childhood and family life, starting in Louisville, Kentucky, then boinging to Chattanooga, Tennessee, and then back up to Kentucky--first to Nicholasville and then to Lexington.

Writing, though, was a huge means for me to blow off steam. I was writing fanfic in middle school and high school before I even knew what fanfic was, and the two novels I wrote turned out to be background material for one of my now-published novels, Valor of the Healer.
When did you first start writing?
Ha! If you're asking "when did I actually write a story for the first time?" that has to be probably around age eight. The very first thing I ever wrote was a story I called "Queen for a Day", in which a little girl gets spirited off by the leprechauns. Hi, this would be me showing my fantasy inclinations REAL early.

But if you're asking "when did I start seriously writing with an intention to try to get something published?", that would have been in high school, around 1985. The very first thing I ever submitted to a publisher for consideration was while I was in school, and I still have the rejection letter from Del Rey. Typewritten, not printed!

And if you're asking "when did I start writing something that actually became published?", that was 2003, when I did Nanowrimo and wrote the first draft of Faerie Blood. So really, I kind of count my serious writing efforts from 2003.
What's the story behind your latest book?
That'd be Valor of the Healer, available from Carina Press--and that's the story that dates clear back to my high school years when I wrote two different stories both called The Starblade of Radmynn. They were _terrible_, and the first one was justly turned down by Del Rey.

Much, much later, I pulled the world out of my head again and tried to approach it from a more seasoned standpoint, and came up with a story whose working title was Lament of the Dove. That story eventually was accepted for publication by Carina Press and became Valor of the Healer.
What motivated you to become an indie author?
This is a question with many parallel answers, actually. Some of it was becoming aware that the kinds of stories I like to write aren't necessarily the kinds of things that big publishers consider commercially viable--for example, my urban fantasy isn't terribly gritty or apocalyptic. And neither is my epic fantasy. I don't _do_ gritty. I have characters of color. I have characters who are queer. And while I _am_ a romantic sucker and _will_ set up romantic relationships, I'm not going to have my characters defined by how sexy they find each other. And if my characters have sex, it's going to be at an appropriate point in their relationship. And by appropriate, I don't mean 'five pages after they meet'.

Most of all I write stories that are female-positive. I'll have women in lead roles, and women in positions of power--both as protagonists and antagonists. I'll have women who are strong for far more reasons than just 'because they can swing a battleaxe or shoot a gun'.
How has Smashwords contributed to your success?
My Smashwords sales are modest, but they _have_ contributed to my indie publication income. And I look forward to growing my Smashwords sales in the future!
What is the greatest joy of writing for you?
Getting a scene _exactly_ the way I want it, with all the characters doing the exact right things, and being proud of every word I've chosen to portray them.
What do your fans mean to you?
So far, it's mostly "wait... I have _fans_? When did that happen?" And wondering if I need to set out more cookies.
What are you working on next?
The sequel to Faerie Blood, called Bone Walker, will be coming out FINALLY later this year. And I'm working on the sequel to Valor of the Healer as well, which will be called Vengeance of the Hunter and will be available in 2014 from Carina.
Who are your favorite authors?
Lots! In fantasy and urban fantasy, I'm all about Tanya Huff, Seanan McGuire, Doranna Durgin, C.E. Murphy, Rachel Caine, Kat Richardson, and Cherie Priest. Also Jim Butcher, and definitely J.R.R. Tolkien--I read The Hobbit very early on, and have been a Tolkien geek ever since.

SF, give me Julie E. Czerneda.

Romance/Romantic Suspense and Romantic Fiction, give me Susanna Kearsley, J.D. Robb/Nora Roberts, Courtney Milan, and Kate Noble.
What inspires you to get out of bed each day?
Writing would be an easy answer, but it's true.

But also music! I'm a passionate fan of Newfoundland and Quebecois traditional music, and am an amateur session player learning tunes on flutes and guitar. When I'm not writing, I'm devouring every Quebec tune I can find time to learn. Anybody who visits my blog will see me post about this a _lot_!
When you're not writing, how do you spend your time?
HA! See previous question re: music. Lots and lots of time spent on learning Quebecois traditional tunes on my flutes, for the monthly session I go to.

And there's my day job as well. I work for Big Fish Games and find it highly enjoyable. I love casual games and am a big fan of playing Hidden Object type games on my laptop as well as my iPad. And I'm a total sucker for Plants Vs. Zombies and Angry Birds.
How do you discover the ebooks you read?
Several sources on the Internet, mostly: following big genre blogs like Tor.com for SF/F, and Smart Bitches Trashy Books for romance and sometimes other books that aren't romance necessarily but which are romance-friendly. I often pull books I want to read from John Scalzi's Big Idea column on his Whatever blog, too. All of these will sometimes even mention self-pubbed authors; a few of my purchases have, in fact, been from Smashwords. If I know an author who's published on Smashwords I'll make a point of coming here to buy from them, in fact.

I'm active on Goodreads as well and sometimes people will recommend books to me there.
Do you remember the first story you ever wrote?
I do, and I mentioned it in a previous question! "Queen for a Day", the leprechaun story!
Smashwords Interviews are created by the profiled author or publisher. 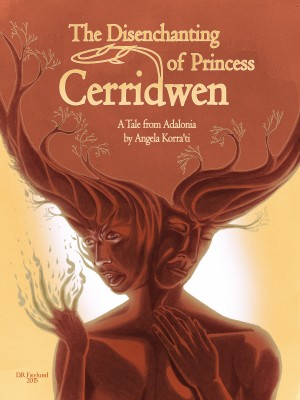 The Disenchanting of Princess Cerridwen: A Tale from Adalonia by Angela Korra'ti
Price: $0.99 USD. Words: 9,640. Language: English. Published: December 15, 2015. Categories: Fiction » Fantasy » Short stories, Fiction » Gay & lesbian fiction » Lesbian
When wild magic transforms her and others in her clan, the shieldmaiden Cerridwen must choose between accepting her transformed self--and the woman she loves. 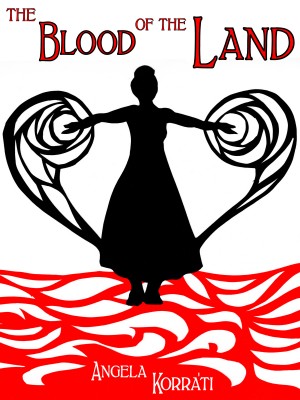 An escaped slave with a secret and her beloved are aided by farmers with a secret of their own, a secret explosively revealed when slave hunters taint the land with the shedding of blood. 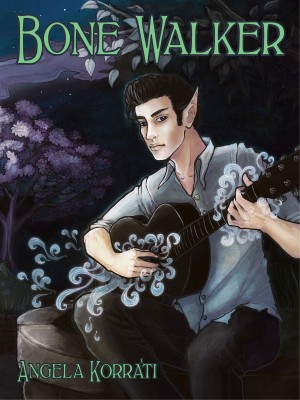 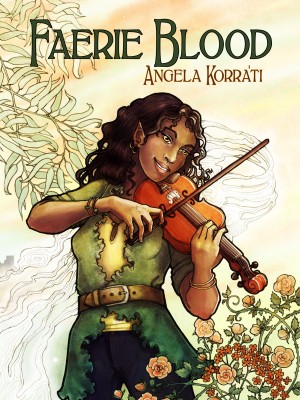