Published 2018-02-07.
Where did you grow up, and how did this influence your writing?
I grew up around Dallas and Fort Worth. My earliest memories are from living in Atlanta, but I moved away when I was young. The most obvious way this has effected my writing is that two of my books take place in this setting. Many of my characters originate from there as well.
When did you first start writing?
Second grade. Before that i wanted to be an artist, but I had no talent. It started in second grade, but I only wrote a few things then, and it was all for school. By third grade, I was writing a "book" about my class's recess adventures. It was slightly dramatized. I remember a line: "The girl's team has taken over the swing set and burned part of our fort." That's how things were in the Eighties.
What's the story behind your latest book?
My latest book, Dreams - hopefully coming out in December - was originally a screenplay I wrote in 2001 in response to a break-up. There's very little evidence of this remaining, and absolutely no reference to the events of the break-up. My goal is to tell a love story that plays out over the course of four books, that does not reveal its true purpose (as a love story) until the fourth part.
What motivated you to become an indie author?
When I started researching all the things that I would need in order to get an agent, all the things I would be expected to do as a traditional writer, I realized that they were more or less the same as an independent writer. The upside of traditional is having representation. The upside of indie is higher earnings percentages, learning new skills, but most importantly for me, total control. Traditional authors turn over their stories and that's the end of it. They don't have a say in the cover, in the book description, in the price - sometimes even the title.
What is the greatest joy of writing for you?
Writing is in my soul. Putting words down on paper is like breathing. Editing my work is like lifting weights or sprinting, refining myself.

But I think mostly, it's bringing characters to life and see them transform from vague ideas and archetypes into real people, individuals.
What are you working on next?
After I finish Dreams, this year, I have the next two books in the series. I actually have eight more planned, but I'm only doing the next two for now before I look around and decide what I want to do next. My goal is to have enough tied up at the end of book 6 that there don't have to be more, but there are more stories to tell if it should come to that.
What inspires you to get out of bed each day?
I have a writing schedule which includes reading, editing, marketing, writing - small tasks to be completed each day. I wake up thinking over what I will accomplish that day. One of today's tasks was to complete my Smashwords interview.
How do you discover the ebooks you read?
For non-fiction, it's pretty much just recommendations. For fiction, it could be recommendations or things I overhear, and also I'm on Amazon Prime so I get a free book each month through Kindle First, or whatever they're calling it now. Right now I'm reading The Disaster Artist - haven't seen the movie yet.
Do you remember the first story you ever wrote?
The first story I ever wrote was called "Rock Castle" in the second grade. It was a story about these kids who are searching for food and they fall into some kind of cave where rocks come alive and try to attack them. The first line was:

"Once upon a time, long ago, there was a famine in the land of Cambung."
How do you approach cover design?
So far I have designed my own covers. I have a friend who helps me put them together. I don't like the idea of buying pre-made covers because I want them to be unique and representative of my work, not just generic, plus I want my covers to be thematically connected.
What is your writing process?
I keep notes of a lot of mechanical things, like characters' birthdays, for instance, so that I always know the differences in their ages. When I'm writing about something that exists outside of my work, I try to immerse myself in it. For instance, in my book Weston, there are two scenes with Charlie Chaplin. Before I wrote them, I read everything I could get my hands on about him and watched a whole lot of his movies. I wanted to believe, when the words came out of his mouth, that they were coming out of the real man, not just a made-up character with his name.

I keep timelines, charts, probably what most writers do. I definitely plan things out. And for the past ten years or so, I write everything chronologically - I never skip ahead to an exiting scene. I feel that the build-up in my own anticipation adds to the scene, and having that big scene out there steers every other scene toward it.
Smashwords Interviews are created by the profiled author or publisher. 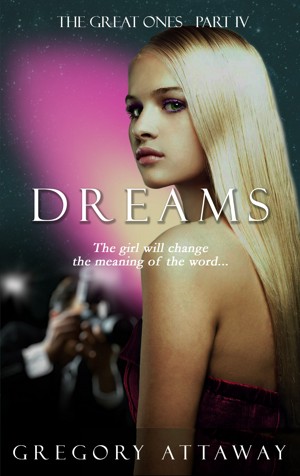 Dreams by Gregory Attaway
Series: The Great Ones, Book 4. Price: $3.99 USD. Words: 174,870. Language: English. Published: April 7, 2021. Categories: Fiction » Themes & motifs » Psychological, Fiction » Themes & motifs » Family sagas
Cara Camden is a child star. Her face is on every television, every magazine, every newspaper. But she’s not there because of her movies. She’s there because she is the only witness and sole survivor of one of the most gruesome murders in Hollywood history. But Cara can’t tell anyone what really happened, what she really saw. If she did, they might blame her, as she blames herself. 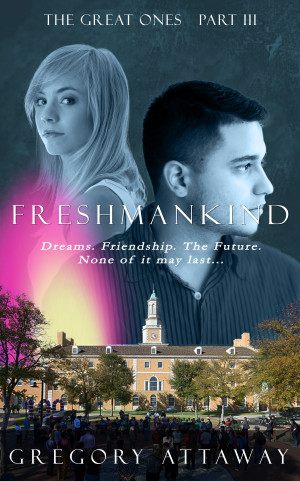 Freshmankind by Gregory Attaway
Series: The Great Ones, Book 3. Price: $3.99 USD. Words: 105,550. Language: English. Published: June 7, 2016. Categories: Fiction » Coming of age, Fiction » Themes & motifs » Family sagas
Dreams. Friendship. The future. None of it may last... Freshmankind continues the saga begun in Weston and Joe – the third chapter of Gregory Attaway’s The Great Ones. It’s a story that explores what is left once innocence is shattered. How far the strongest of friendships can go before it breaks. It’s a story of grief, guilt, and hope. 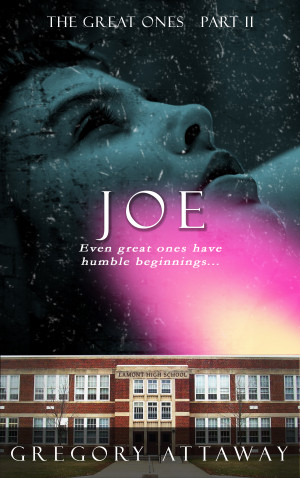 Joe by Gregory Attaway
Series: The Great Ones, Book 2. Price: $3.99 USD. Words: 194,420. Language: English. Published: May 9, 2016. Categories: Fiction » Coming of age, Fiction » Themes & motifs » Family sagas
Even great ones have humble beginnings. Joe continues the saga begun in Weston – the second chapter of Gregory Attaway’s The Great Ones. It’s a story about the theft of innocence by a world that’s anything but. A story of true friendship. Of dreams. 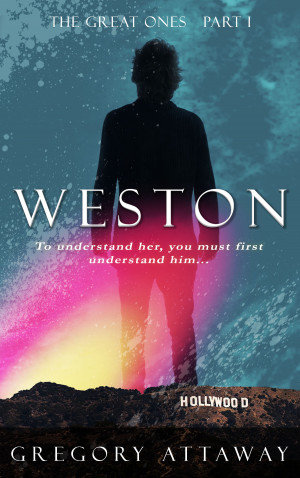 Weston by Gregory Attaway
Series: The Great Ones, Book 1. Price: Free! Words: 132,030. Language: English. Published: May 8, 2016. Categories: Fiction » Literature » Literary, Fiction » Themes & motifs » Family sagas
“The world was never innocent. But I was.” –Benjamin Camden See the world through the eyes of the greatest Hollywood legend that never was.