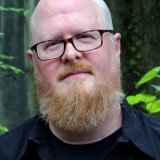 This interview has been viewed 709 times.

What are your five favorite books, and why?
Lord of the Rings & The Silmarillion by JRR Tolkien -- The foundation of it all, right? Sure, The Hobbit is great, too, but LotR is the "desert island" book to rule all desert island books. I personally deeply love The Silmarillion, as flawed as it is (Tolkien didn't finish it for publication, so it was cobbled together by his son). There really is no other book like it in its epic scope, except for actual mythological epics (such as Gilgamesh and The Ramayana). What it excels at over those more archaic epics is a tender care for the smaller things -- not to the same degree as LotR, but still powerful.

The Book of the New Sun by Gene Wolfe (technically, 4 books -- or 5) -- A masterpiece of weird future fiction, as if Clark Ashton Smith and Jack Vance were merged with Jorge Luis Borges. Labyrinthine in the most fecund way.

The Weirdstone of Brisingamen by Alan Garner -- It's the books we read when young that have the most emotional impact, and this certainly hit me. It was my first taste of a genre now labeled "urban fantasy," where magical things happen in the here and now, not just in the distant past. I read it in one sitting while I was home sick from school. I recently reread it and it still stands up. All of Garner's books are essentials.

The Last Unicorn by Peter Beagle -- A fable that seems, at first, like a jaunt but which deepens as you read until your heart is so entangled with the characters that their plight is your plight and you realize that the reason you're so angry with life is because _you_ gave up on unicorns long ago. This book, along with the Hugo-award winning sequel "Two Hearts" (which will actually break your heart in two), are among the best fantasy stories ever. Better, they make us realize how important all fantasy stories are, and we are left wanting more, more, more.

The Fantastic Four by Stan Lee and Jack Kirby -- I have to give a nod to comics here, and this seminal work is still startling today. It gave us Galactus, the Silver Silver, and action galore. There's really been nothing like it before or sense in that it stood at a turning point in culture, where comics could actually influence and reflect the key concerns of a generation.
What is your e-reading device of choice?
I have a Kindle Paperwhite and an iPad. I prefer reading fiction on the Paperwhite -- it's a purer experience, more like a mass market paperback (but one that lights up at night on the back porch and lets me increase the font size if I so desire).
Describe your desk
It's a simple one from Ikea, with a slide out keyboard shelf. It sits next to another Ikea slab of wood atop four sets of drawers. The desk itself has an iMac, a desk lamp, and a caddy for holding papers.
Where did you grow up, and how did this influence your writing?
I was born in Washington DC and raised in the Falls Church suburb of Northern Virginia. Most of the kids I went to school with had parents who worked in DC for the federal government, like me. I was blessed to live in the Fairfax County school system, one of the best-funded in the nation. The library I could walk to -- the Woodrow Wilson Library -- was great. I found so many influences there.

Another important factor as I grew into my teens was that I could take the same bus to get to a comic book store and two gaming stores. Every Saturday morning, I'd be there. This easy and consistent access to the stuff I loved might have put me in a bit of a bubble -- I thought everybody had these things. But it was seminal for immersing me in the atmosphere of books, comics, and games.
When did you first start writing?
It was in about 1990. There was an open call from Chaosium for contributors to their Pendragon (King Arthur roleplaying) game. A bunch of my friends each planned to submit something, and that made me realize that I couldn't let them be published without me. I wrote an initial draft and sent it off -- and what do you know: they accepted it. It was eventually published, with many editorial revisions (hey, I was brand-spanking new at this) as The Adventure of the Paulag Cat in the sourcebook "Savage Mountains" (still available in PDF format).

From there I went on to writing assignments for a brand-new game called Vampire: the Masquerade, and the rest is history.
What's the story behind your latest book?
"My Time Among the Stars" is a collection of the travel journals of Guissepe Alustro, a priest in the far future universe of the Fading Suns, a science-fiction setting that has appeared in computer games (Segasoft's "Emperor of the Fading Suns") and roleplaying games from Holistic Design, Inc. (HDI). These stories originally appeared at the beginning of each Fading Suns roleplaying game sourcebook. Together, they chronicle Alustro's journey from a young novitiate confessor for the noble Lady Erian Li Halan to an experienced mystic in the Eskatonic Order, with travels to almost all of the Known Worlds in between.

Alustro is a favorite of mine. It takes little effort to write in his voice. He's probably the closest character to me I've yet written, and that includes all my Werewolf: the Apocalypse work. (Hey, I still love ya, Albrecht.) He allowed me to show a perspective of the Fading Suns universe from the interior -- from inside the head and heart of a natural introvert and mystic who was thrown into adventure after adventure, following his religious duty and the call of destiny. With Alustro, I could show the tender side of the harsh dark-ages world of the future. He can be naive, yes, but he's not stupid, and his open heart inspires the best in his friends and traveling companions.
What is the greatest joy of writing for you?
The surprises. Those moments where you reread a draft and think, "Who wrote this? This can't be me!" When the characters take over and tell you what to write, that's when it's all worth it. Writing is still, to use Charles Stross' phrase, a bespoke enterprise -- it's handmade. Even when an author hires ghost writers to churn out books for him, they still have to write it all themselves. No algorithm can do it. (Sorry, Singularity lovers, I just don't expect AIs to ever become authors. Not until we discover Pygmallium, that is ((that's a Fading Suns reference))).
What are you working on next?
A Werewolf: the Apocalypse novel. This was a stretch goal for the Werewolf 20th Anniversary Kickstarter. The fans demanded it, so I'm doing it. That will be published through Onyx Path. After that, I'll be indie publishing again through smashwords with a new project that's been growing in my mind. I can't say anything about it yet, but I'll post about it on my website when I can.

I also hope to be doing some more work with Fading Suns, especially new journal entries from Alustro (see my book, "My Time Among the Stars"). If there's enough interest, I'll undertake the time-eating task of converting The Sinful Stars into ebook format. This is a multi-author book of Fading Suns short stories, currently out of print (although it is available in PDF format).
Who are your favorite authors?
JRR Tolkien, Ursula K Le Guin, Gary Snyder, Gene Wolfe, Alan Garner, James Hillman, C.G. Jung, Grant Morrison, Alan Moore, Warren Ellis, Neil Gaiman, Peter Beagle, Jim Harrison, John D. MacDonald, Lord Dunsany, ER Eddisson, Edgar Rice Burroughs, Manley Wade Wellman, Kurt Vonnegut, Tom Robbins, Allen Ginsburg, and OH GOD I'M FORGETTING SO MANY.
When you're not writing, how do you spend your time?
Reading. Researching. Watching movies and some of the excellently written TV shows of late (True Detectives, The Wire, Deadwood, etc.).
What is your writing process?
Absorb lots of research. Then absorb more research. Then, because a deadline is looming and cannot be denied, just start writing. Type whatever comes to mind and keep doing that. When you've finally hit the required word count, take a break from it for a day or two. Come back and read it (preferably in a print out, to catch typos) and mark it with a red pen so that it's bleeding. Rewrite. Repeat. Finally, when the deadline demands you can wait no more, turn the piece in to your editor, or send it to your proofreader (if you're self-publishing -- you do use a proofreader, of course. Right? Right?).
Published 2014-06-04.
Smashwords Interviews are created by the profiled author, publisher or reader. 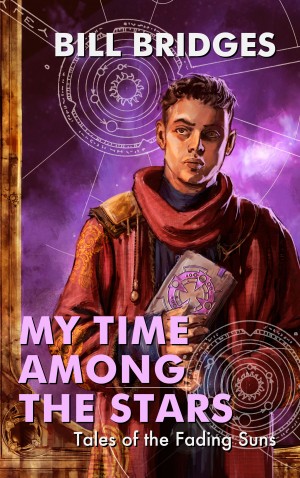