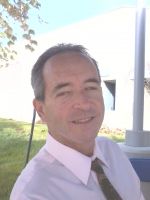 This interview has been viewed 787 times.

Published 2018-09-25.
What is "post gender" fiction?
The author is not the only writer who sees characters as being defined by things OTHER then their body, but these may be the first novels to use the phrase, "post gender." Lori Lewis is an athlete and soldier. Courage and determination are not defined by gender. December Carrera falls in love with Lori, and the two face the ordinary challenges that every couple faces. Love and beauty are not determined by gender. Sadly, the "post gender" genre seems mostly an act of fiction, as people wrongly see the body as the definition of life itself.
What is "Angel Baby," the latest book?
Lori Lewis and December Carrera are married, but immediately become the whipping victims of a violent sexual predator. Senator Dick Bomber attacks Sergeant Lewis, and uses social media to slur her wife. Hatred is used as a tool to press forward a presidential campaign. The novel coins a phrase, of "Dick Bomber," as being the hidden beast on par with Dr. Jeckle and Mr. Hyde.
Why does "Angel Baby" have Groucho, Chico and Harpo?
The three Jewish Angel Brothers weave together three stories. Groucho orders Nixon's Ghost to teach a total dork how to be great in politics. Harpo drives or rides the vehicles -- a motorcycle, or gargoyles -- across scenes. And Chico becomes a black cat who protects two women in love. Since hatred is ripping America apart, absurd humor seems a better way to lighten the spirit.
Why is Nixon a ghost
Because he's dead. Nixon's Ghost is the principal character, and must learn to rise above his own shit, if he ever is to be freed from the realm of Limbo. Since that realm was closed forever by the last Pope, Nixon's Ghost is the last soul trapped there. If he teaches a complete dork how to be great, he will be given the chance to resign again, and he is begging to do so.
Why is a dork the hero of three novels?
Larry van der Bix won the lottery. He spins victory into a political campaign, which he also wins. He rides a horse across America, and everybody learns about him. But that doesn't mean he isn't a complete twit who can barely function in daily life. It laughter is the way to tell a story, the lead character should trip on his own feet.
Which book should I read first?
Read #1 last, as "Hope for Change" is the first novel completed by the author, and as nice as finishing a book feels, it's not very good. It's fun if you like the second ("Invisible Wars") and third ("Angel Baby"). The author suggests, "Start backward."
How come these books are free?
The author is not tearing down trees for crappy fiction, and thus if anyone wishes to read these absurd novel, go right ahead. If a publisher steps forward and an agent gets these stories into higher use, that's great. But the only way to put a book into the hands of a reader is to write it.
And Joe Biden is a coincidence?
Joseph F. Biden Jr would seem to be someone we know, but the past Vice President has a different middle initial. What a stunning coincidence. In the third book, the tall, thin Black man who is the boss for Joe Biden has only one name -- the President.
Will the President be mad that you call him Dick Bomber?
"Angel Baby" first appeared in 2014, long before anyone could believe who politics would be shaped in the coming presidential election. The sexual predator of Dick Bomber was exactly that -- a hate-spitting violent beast who attacked women and ran for president. While the author did a major editing of the original text to add the Jewish Angel Brothers, none of the earlier scene fundamentally changed, and most remained. So while Dick Bomber is a name that bears stunning resemblance to politics as we know it, the coincidence is precisely that -- a coincidence.
Should we waste our time reading these "post gender" books?
"Lambchop Battles the Sexist Pigs" was a writing exercise after suffering a stroke, and isn't particularly good. And "Hope for Change" was the first novel, and while fun, it is weakly structured. If writing is like baseball teams, the "Lambchop" and "Hope" books are Single As, barely handling fundamentals. But the "Invisible Wars" book is a solid Triple AAA work, and the "Angel Baby" is headed to the World Series.
Smashwords Interviews are created by the profiled author or publisher. 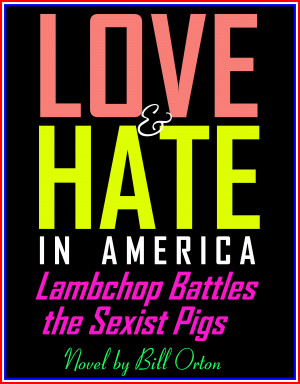 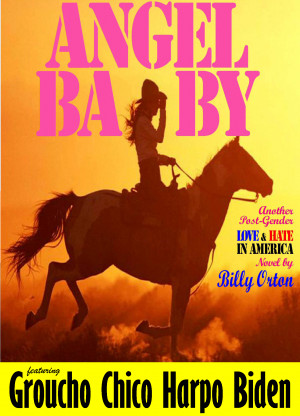 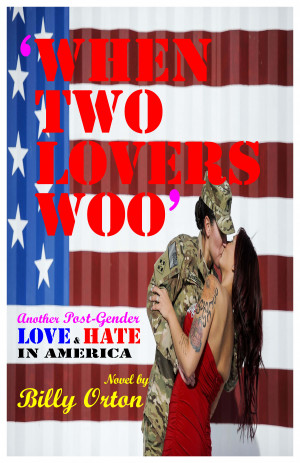 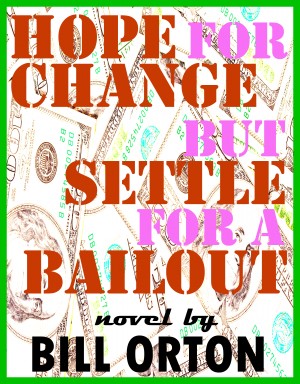 Hope For Change... But Settle for a Bailout by Bill Orton
Series: 'Post Gender' fiction, (2012). Price: Free! Words: 101,890. Language: English. Published: April 16, 2012. Categories: Fiction » Humor & comedy » Satire, Fiction » Historical » USA
ABSURD SATIRE ON ECONOMIC COLLAPSE.... Are times so hard (again) that everyone needs a bailout? Is a lottery ticket the only way up for ordinary Americans? My first novel -- with a dork, an athlete and a stripper -- isn't a great book, but it speaks directly to anger against Fat Cats who beg for bailouts while the poor are lucky to eat during the collapse of the financial system. FREE E-BOOK!! 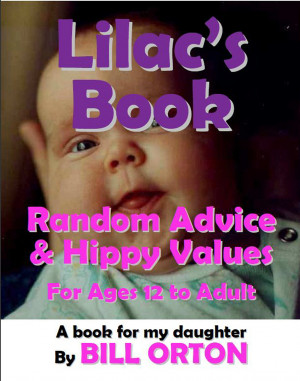 Lilac's Book: Random Advice & Hippy Values, for Ages 12 to Adult by Bill Orton
Price: Free! Words: 10,690. Language: English. Published: February 29, 2012. Categories: Essay » Literature, Nonfiction » Philosophy » New age philosophy
Written by a father as a gift for his daughter, topics are in random order and range from "Hope" and "Tomatoes" to "Drugs," "Sex," "Relationships," and "Religion." Includes extensive reader comments and links to the author and website for the online version of the book.