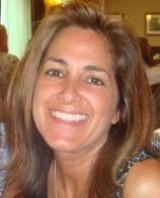 Published 2017-02-25.
What do your fans mean to you?
Haha! My imaginary fans are what keeps me going. Their love for my characters and how they express what my story means to them is inspirational. I love that they remember birthdays, quote favorite lines and envision who will play each character in the movie. Also, some of the artwork that they come up with is amazing. ;)
What's the story behind your latest book?
Back at the height of the Twilight craze, I was awakened from yet another Edward dream (embarrassing, I know) with the outline for Genesis filling my head. I believe this was a gift from God. He wanted me to have a Twilight of my own. What's amazing is that there were elements of the story that I hadn't known prior to this happening that turned out to be real. Biggest example: the fact that there really is an Eden, Georgia.
What are you working on next?
The follow-up to Genesis is Revelation.
What motivated you to become an indie author?
Honestly, I never had the desire to become an author of any sort. I was inspired to write Genesis through a dream. While working on it, however, I realized that I actually have written a lot of things. For example, when I'm feeling super emotional, I express those emotions through poetry (I'm big on rhymes). I've also written a children's book and developed a story line with a new female superhero for a graphic novel that includes Nightwing. I've never attempted to publish anything, though. I just do it when something pops into my head.
How has Smashwords contributed to your success?
"I'll have to re-visit that question after I've actually achieved a level of success," she said with a wink. I only uploaded Genesis last night (10/04/16) but I noticed that, as I'm writing this, there have been 42 downloads, so I'm very excited. Yay! UPDATE: 553 downloads as of 02/25/17. Exciting!!! :)

I will say that Smashwords affords indie authors an amazing opportunity to get their work out there. It also offers so many great tools to give you every chance to succeed and I'm very grateful.
Who are your favorite authors?
I read a LOT. Without question, the absolute best book(s) I've ever read is the Daughter of Smoke and Bone series by Laini Taylor. I read the entire series in less than a week because I couldn't put it down. There aren't enough adjectives to describe how I feel about her talent. I also think Kevin Hearne, author of The Iron Druid Chronicles, is fantastic. I'm sure once this interview is posted, I'll think of others, but those are the two that immediately came to mind.
What are your five favorite books, and why?
(1) Daughter of Smoke and Bone (series) because it was so well written, imaginative and engrossing.
(2) The Iron Druid Chronicles (series). See #1.
(3) Unearthly (series) because it's about angels and it's sweet.
(4) The Art of Racing in the Rain because it's amazing to read a great story from a dog's point of view.
(5) Will Grayson, Will Grayson because who doesn't love John Green and this is my favorite.

I also have to mention others that I truly love which include the all Sookie Stackhouse novels, the Beautiful Creatures series, The Mortal Instruments series, the Lunar Chronicles series, I'll Give You the Sun and 600 Hours of Edward. And so many more...
Do you remember the first story you ever read, and the impact it had on you?
It certainly wasn't the first story I ever read, but (don't laugh) the Twilight series truly had an impact on me. Maybe it was because all my friends were into it at the same time and it gave us something silly to talk about or maybe it was because it was everywhere and unavoidable. I don't know. If I had to come up with something more profound, I'd have to say The Bridges of Madison County because it fueled my lifelong fascination with India.
Do you remember the first story you ever wrote?
Genesis is the first story I ever wrote. So, yes.
Where did you grow up, and how did this influence your writing?
I grew up in northeastern Massachusetts. I don't think that the location influenced my writing as much as my upbringing did. I find that lots of personal information and past events find their way into my stories. As Mark Twain said, "Write what you know".
What is the greatest joy of writing for you?
Yikes. Is it okay to say that I find no joy in writing? I do it because there's something in me that needs to get out, but I don't enjoy the process. Well, I guess I could say that I'm joyful when whatever I'm working on is complete.
What is your writing process?
Again, haha! If I had a process, I'd have finished the series already. I'm totally envious of writers who actually schedule time to write. I'm easily distracted and often times find excuses for not writing, like having to watch all 105 episodes of Alias because I already started the series and I'm not a quitter.
When you're not writing, how do you spend your time?
A favorite day would include working on any of the several craft projects that are always laying around while listening to a book on Audible and only being interrupted by a walk with Skipper (my dog). On lazy days, I love to binge watch completed series on Netflix (the last one I finished was Alias).
Describe your desk
My "desk" is actually a "presentation cart" on which I set my laptop. This allows me to stand and write, which is great, because I don't like to sit for long periods of time.
What inspires you to get out of bed each day?
I really want to just write LOL right now because I'm never inspired to get out of bed. I leave my comfy bed for two reasons only. (1) I have to take my dog out and (2) I have to make my husband's lunch. It's not until after I've had several cups of coffee and watched the news that inspiration even has a chance to happen.
How do you approach cover design?
My one cover design came to me in a dream, just like the story. I woke up in the middle of the night and sketched it on a piece of paper. I wouldn't really call that an approach.
How do you discover the ebooks you read?
I usually check out the suggestions that are based on what I've already read. My favorite genre is YA paranormal and there's a lot out there to keep me busy.
Smashwords Interviews are created by the profiled author or publisher. 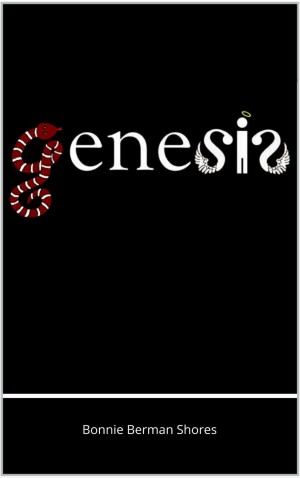