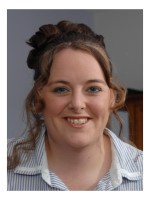 Published 2016-09-02.
Where did you grow up, and how did this influence your writing?
I grew up in Tapawera, a small town just outside of Nelson, in New Zealand. It was a small town where everyone knows everyone, and this has influenced my writing in a number of ways. Most of my writing involves a small town, or community, and if I can, I try to keep the setting rural, although I won't discount the possibility of something more urban in the future!
What is your writing process?
I usually get an idea which slowly develops as I write. I might come up with a plot summary after writing the first few chapters of a novel, to try and track where the story is going. Although it often changes along the way as the characters develop.
Do you remember the first story you ever wrote?
No. I think I would have been in Primary School, but I'm sure my mother has all of my earliest work, as with the rest of my siblings, she kept most of our school books.
Do you remember the first story you ever read, and the impact it had on you?
I was an avid reader growing up. I cant remember the first story I would have read, but I do remember years of being engrossed in Enid Blyton's works, including the Famous Five and the Secret Seven. Then I moved on to Virginia Andrews, and read every single one of her books. I also love, Shakespeare, Dickens, and have read many other authors work over the years.
How do you discover the ebooks you read?
I am a big fan of the 'Stephanie Plum' series, by Janet Evanovich, but have read a wide range of works. I have recently discovered Smashwords, and have found some great work on here. I scan through the newest releases and sometimes narrow it down by genre, depending on the mood I am in. I'm also a fan of TheBookWormReview.com.
What is your e-reading device of choice?
My iPad. Mainly because it's so versatile in what I can use it for, and it's easy to use. Of course I still love print books too!
What motivated you to become an indie author?
I like the idea of people being able to read my work, and hopefully enjoy my stories. I just hope they aren't too boring!
When did you first start writing?
When I was in high school, I wrote the first draft of a story called "Tomboyz", which I originally thought of after one of my sisters put on a skit for our parents posing as an old lady. It was really funny, she had a shawl wrapped around her head, and she was hunched over speaking in this croaky voice, and pretending to talk to the school principal and get us out of school. The story has morphed into something quite different over the years, and I have cut out a couple of characters and added more to the story line, to become my first complete novel.
What inspires you to get out of bed each day?
Sometimes it's just the mere fact that the alarm clock goes off and I have to go to work! But mostly its boredom - I get too bored staying in bed doing nothing. Of course there are also days when I'm just getting to bed when most people are getting up having worked nightshift.
What do your fans mean to you?
I have fans? That's awesome! I just appreciate the fact that they haven't thrown stuff at me in the street for my terrible writing!
Smashwords Interviews are created by the profiled author or publisher. 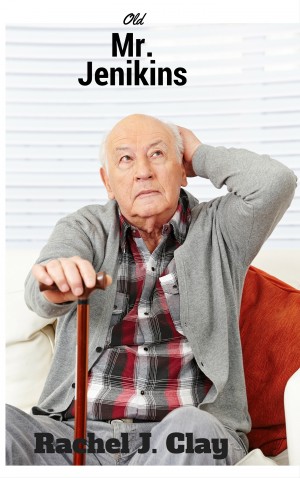