Published 2015-01-23.
What do you read for pleasure?
For pleasure, my tastes are wide-ranging. Right now I'm reading a book of non-fiction essays about serving in the Iraq War by a writer I once hired as a freelancer for Crosscut - his name's Jack Lewis, and I like his "leftarian" take on the world. Before that, I read In This House of Brede by Rumer Godden, which is about nuns running a monastery in 1950s Britain.
What is your e-reading device of choice?
I have a Kindle Paperwhite but sometimes read on my iPad and iPhone as well.
What book marketing techniques have been most effective for you?
For the book launch, my email blast, and after that, Facebook and Twitter.
Describe your desk
I don't have one. I move between the couch and the kitchen table with my laptop. As a matter of fact, I wrote my first novel entirely in the living room. I'd always had a home office before that, but it wasn't until my now-husband moved in, along with my stepson, and I lost my office, that I sat down and wrote a novel. The difference was their belief and support.
Where did you grow up, and how did this influence your writing?
I was a military brat, so I've lived in a lot of places, and this means I have a lot of settings from which to draw.
When did you first start writing?
In grade school. The first time I was required to write a poem in an English class, I was amazed that you could play with words.
What's the story behind your latest book?
My protagonist goes undercover in a fundamentalist church, which is something my husband once did, and I used him as a primary source. I was also previously married into a fundamentalist family and took inspiration from that experience.
What motivated you to become an indie author?
I've worked in game publishing for four years and have an inkling about how it's done. It gives me a chance to control the timeline for publishing and of course the content.
How has Smashwords contributed to your success?
It's too early to tell.
What is the greatest joy of writing for you?
Being able to remake the world over the way it should be.
What do your fans mean to you?
More than I can say. They bring me back to the page every minute.
Smashwords Interviews are created by the profiled author or publisher. 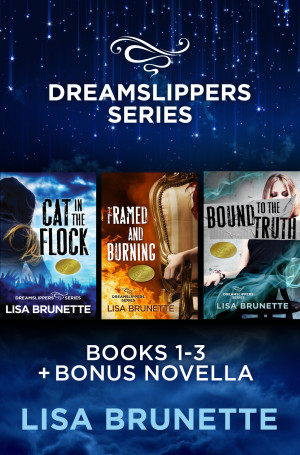 Dreamslippers Series: Cat in the Flock, Framed and Burning, Bound to the Truth (Books 1-3 + Bonus Novella) by Lisa Brunette
Series: Dreamslippers. Price: $11.99 USD. Words: 255,830. Language: English. Published: February 17, 2017. Categories: Fiction » Mystery & detective » Women Sleuths, Fiction » Romance » Suspense
What if you could ‘slip’ into the dreams of a killer? This family of PIs can. They use their psychic dream ability to solve crimes, and that isn’t easy. “The launch of an intriguing female detective series.” - Kirkus Reviews 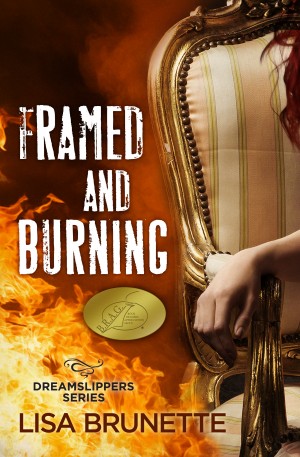 Framed and Burning by Lisa Brunette
Series: Dreamslippers, Book 2. Price: $8.99 USD. Words: 92,660. Language: English. Published: November 27, 2015. Categories: Fiction » Mystery & detective » Women Sleuths, Fiction » Romance » Suspense
What if you could ‘slip’ into the dreams of a killer? This family of PIs can. They use their psychic dream ability to solve crimes, and that isn’t easy. Especially when one of their own looks guilty. “A brilliant, suspenseful whodunit…” —QUI XIAOLONG, ANTHONY AWARD-WINNING AUTHOR OF THE INSPECTOR CHEN SERIES 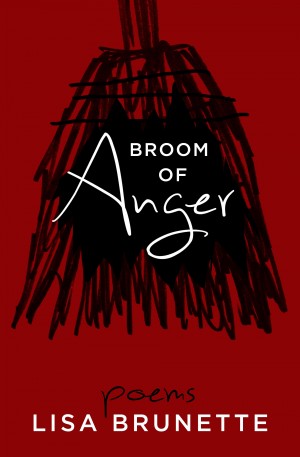 Broom of Anger by Lisa Brunette
Price: $4.99 USD. Words: 6,290. Language: American English. Published: August 1, 2015. Categories: Poetry » American poetry » General, Poetry » Themes & motifs » Nature
“I want to binge on every word.” Lisa Hickey CEO, The Good Men Project More 5 out of 5-star reviews… “Her language is perfect as it is - each poem a wide-eyed tribute to the bits that make up our lives.” Elizabeth Tornes Author of Between the Dog and the Wolf 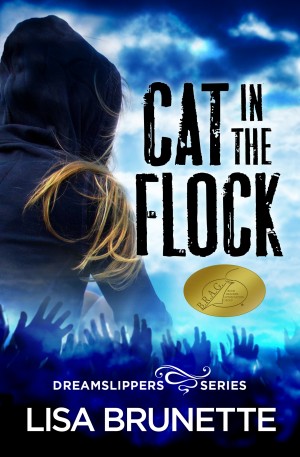 What if you could slip into the dreams of a killer? This family of PIs can. They use their psychic dream ability to solve crimes, and that isn’t easy. Especially if you’re totally new at this. “The launch of an intriguing female detective series.” —KIRKUS REVIEWS