Published 2013-10-14.
Who is Cheryl Anne Gardner?
Now, some might say that she is a little touched in the head, clinically disturbed, that is, and some might say that she goes way way way beyond a mild case of scab-picker. Just between you and me, it’s the company she keeps. She knows a guy, who knows this other guy, who knows a guy’s cousin or something, who can sit for hours in a corner, extracting the fossilized dust mite lint from his belly button. “It’s the only way to get a quiet moment in the oubliette he calls his creative mind,” so he says. All those damn voices, blathering at him all the time, who wouldn’t want to hurt them, hurt them all, and hurt them bad. And that guy she knows, who knows that other guy with the frizzy hair and the lint fetish, he is mercilessly cruel: killed, tortured, and maimed cruel. He’s had characters commit suicide, commit rape, commit murder, lie, cheat, steal, and self-flagellate all in the name of a story. Yeah, that’s right; he’s even had little girls in frilly dresses eat turd and dead rat kebabs. You see, there’s Cheryl Anne and there’s him, and they’ve got this thing they do. Been doing it since they were kids. They’re not afraid to go there, wherever there might be, no matter how dark, dank, or putrid. They’ve got their suitcases packed — all liquorice and lace knickers –cause that’s what it takes…
Do you remember the first story you ever wrote?
Yes. It was called Tom and the toothpick. It was terrible.
Why do you write about mentally disturbed often abused characters?
Does anyone want to read about happy go lucky perfect life people? Most readers want a hero or a heroine, which means, most readers want a struggle. I just happen to like the darker internal struggle, the kind that comes with love, sex, and death. My characters suffer from abuses most people would prefer to ignore. I won’t go into the politics or religious aspects of the work. I just present the arguments and let the readers form their own opinions. Reviewers have said that my characters are deliciously disturbing but that I always manage to find the beauty in the grotesque. I like that.
What do you love so much about love, you write about it often enough?
I love the irrational nature of it. The obsessiveness and the possessiveness of it. It’s like mercury on a glass floor. If you can manage to hold onto it, it’ll poison you — to death.
How do you approach cover design?
The covers represent important imagery in each story. Many times the photography and artwork is my own.
What made you start writing flash fiction exclusively and will you ever write another novella or a novel?
I get asked this question a lot, specifically by people who do not understand or appreciate short fiction. There’s nothing wrong with a preference towards longer works, but the biased opinion that short fiction is lacking, stated most often to support the argument for length over brevity, bothers me. When I read longer works, it has nothing to do with “emersion.” A fabulously written piece of flash can do that as well as a thousand page novel. What I expect from a novel is an elaborate effort. I want lots of complex characters, I want multiple plotlines, I want a world, not just a landscape, and I want time: years, decades, maybe even a millennia or two. Stephen King’s The Stand is a good example or Tolkien’s Lord of the Rings. When I read short fiction, I am looking for a good deal of ambiguity. I want to invest more than just my time. I want to interpret the story my own way. I don’t want to be bludgeoned by character motivations, I don’t want to be dragged through pages of scenery, and I want tight writing with a sharp edge that makes a point and drives it straight into my jugular. I don’t expect or want everything to hit the page. I want a bit of wonder and mystery. I suppose I want experimental storytelling, where the storyteller doesn’t tell me everything and leaves me with a bite sized nugget of truth I can chew on like raw meat for hours or days or weeks and think, WOW! that was really fucked up and really good. Did the author really just go there?

I suppose short fiction moves me in a different way. I read a lot of novellas and short stories during my literature study days, and it always impressed me how so much could be done and said with so few words and how many risks an author could take when the luxury of an expansive word count was removed from the equation.

As for my own writing, I may have another novella in me at some point, but Death Dreamt took me almost four years to write, edit, and publish. It took a lot out of me, and writing flash fiction has allowed me to unwind and flex my narrative voice. It allows me to move effortlessly from character to character and topic to topic based on our ever-changing socio-political climate. I don’t feel confined like I sometimes felt when I had to spend years with a particular character or a specific plotline. I can write to current events, which, as an artist, makes me feel “in the moment” versus outside of it voyeuristically interpreting it from afar. I don’t know if that makes any sense, but it just feels right to me right now. No, I will never write a novel. One of my personal favorites: The Last Witchfinder, took the author seven years to write. I don’t think I have the stamina for that.
When will you write a sequel to any of your novellas or expand any of your flash fiction?
I won’t say never, but at the moment, I am more interested in new more violent and disturbing characters and situations than I am in revisiting those beloved old ones. With the novellas, those characters lives have ended for me. I’ve spent enough time with them that I fear they have become predictable. As for the flash fiction, I have some bizarre characters I may want to visit in the asylum for an extended period of time they are that interesting to me, but right now, I am feeling more of a social butterfly when it comes to entertaining new muses.
What is your e-reading device of choice?
Kindle Fire.
Are you British? There is a bit of an accent in your work.
There is. I am a dialect lover, and my influences come from all over the world. That said, I believe a writer has the right to use our ever-changing language as they see fit.
Who is the guy with the lint fetish?
His name is Sid, but he doesn’t like anyone calling him that.
Do you really have seven ferrets?
I did. They have all since passed away, but they were the light of my life for over twenty years. I plan on writing a memoir about my life with them, but now, I share my little world with my husband and my feral cat Mr. Martin Moonshine, whom we rescued from the woods behind our house.
What are you working on next?
Another flash fiction collection, but since I am an editor for an online fiction magazine, most of my free time is spent reading submissions. I write when time permits.
When you're not writing, how do you spend your time?
Gardening and sculpting ... when I'm not reading or watching film.
Smashwords Interviews are created by the profiled author or publisher. 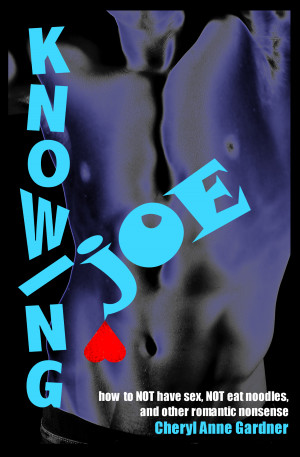 Knowing Joe by Cheryl Anne Gardner
Price: $2.99 USD. Words: 23,300. Language: English. Published: February 14, 2018. Categories: Fiction » Humor & comedy » Satire, Fiction » Literature » Literary
Our Girl has never been good at radical thoughts, and she usually gets what she deserves when she has them. This is the story about those thoughts. Thoughts on how to NOT have sex, Not eat noodles, and other comedic life, love, and dating nonsense from a Girl who was brave enough to challenge what it means to be a girl. 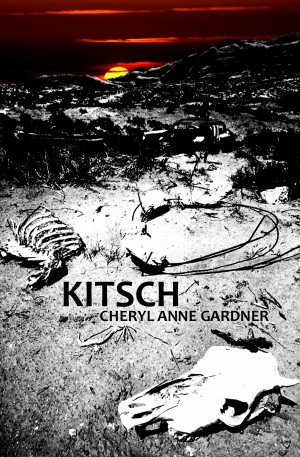 Kitsch by Cheryl Anne Gardner
Price: $2.99 USD. Words: 18,160. Language: American English. Published: May 1, 2015. Categories: Fiction » Literature » Literary
From fishnet stockings to lapel flowers. From transistor radios to lipstick to bleached-out skulls at the city dump, Kitsch explores the little things. The filthy, grotesque, inconsequential little things that make life interesting. The things we don't see. The things we don't want to see. The things we like to collect and keep in a jar by the bed. 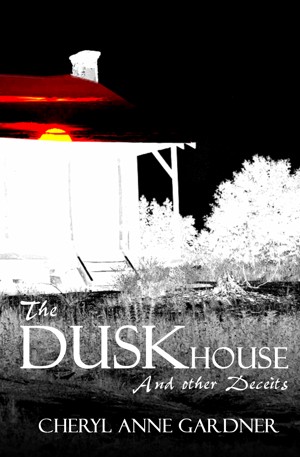 The DuskHouse by Cheryl Anne Gardner
Price: $2.99 USD. Words: 30,150. Language: English. Published: October 12, 2013. Categories: Fiction » Transgressional fiction, Fiction » Literature » Literary
Flash Fiction Stories in this collection include The Duskhouse, Beware of Dog, Persian Cat, the prize winning Debt Collectors, and many other previously published and never before seen in print tales of the ludicrous, the absurd, and the macabre. 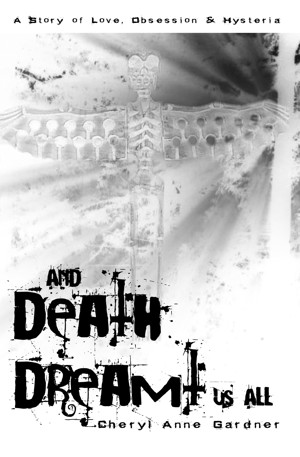 And Death Dreamt Us All by Cheryl Anne Gardner
Price: $2.99 USD. Words: 34,750. Language: English. Published: January 6, 2012. Categories: Fiction » Horror » Crime, Fiction » Thriller & suspense » Psychological thriller
Rowan lives at the edge of reality. Barely a night without restlessness, barely a breath without torment, she exists at the edge, her mind merely a footfall away from the abyss. Within that abyss stirs a creature so vicious, so evil, and it lies in wait, staring back at her, waiting for her to fall. 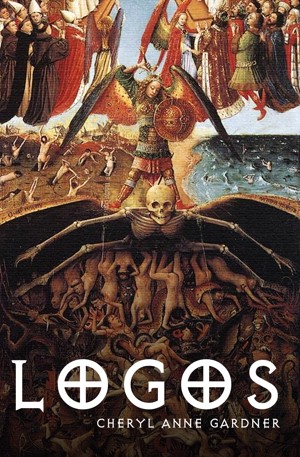 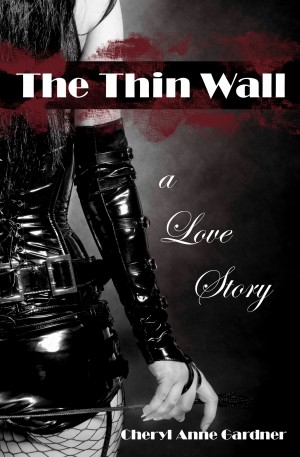 Young, innocent college freshman Laleana O’Reilly, disenchanted with societal norms, decides that she needs a new philosophy. One dreary late night in the college library, she discovers the Marquis deSade . . . and Julian. One book. One desire. One unbridled act of passion. Laleana might submit her body, but to the abyss, she'll never surrender her soul. 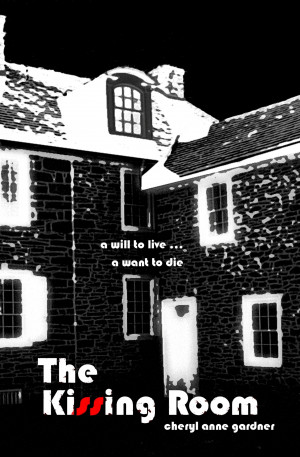 Merle tells us her tale of love, longing, and desperation. As she struggles with the guilt over her husband's suicide, Merle's gut wrenching quest for redemption takes her on a downward spiral into a hell of her own making. Resigned to a life of self-mutilation, abuse, and despair, will she find hope in a mysterious stranger, or will she die. 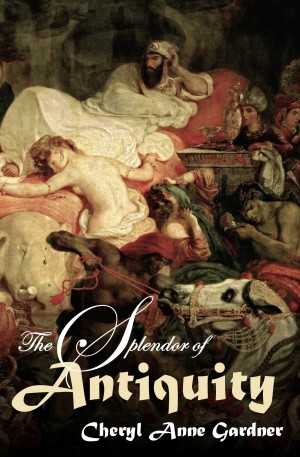 His beloved Joliette had long ago stopped living. Yes, death had them both, but even in death, passion knows no bounds. She would love him in the end, for it was just in her nature ~ to love the dead.