Published 2018-07-07.
When did you first start writing?
I began writing in 1978 - at the age of ten! Just joking. But I was very young when I wrote my first romance novel and sent it to a traditional publisher, one of the youngest authors they have ever had, they reliably inform me.
I had sent my first first manuscript to them two years previously, and received the expected rejection letter - the story was too short, and not quite what they wanted. So, I read and read every romance book I could get my hands on over the next eighteen months, decided which series I wanted to write for, and two years after that first try I submitted another manuscript - and it was accepted. I wrote 198 books for this well-known publisher, and then in December 2014 I published my first indie book, a hot romantic suspense novel. I now have 42 indie published romance novels in various genres and will shortly be publishing my 240th book!
What's the story behind your latest book?
I am currently writing my 240th book! It's both a Regency and a Christmas story. Wicked Christmas (Regency Sinners 8). The Regency Sinners series has been great fun to write and this is the 8th and last book in the series. It will feature all of the Sinners, their wives and children, and gives them one more mystery to solve during the Christmas Season.
What motivated you to become an indie author?
I saw how much fun other authors were having doing it! I have lots of friends in the indie publishing world, some new, some of longer duration. All of them were having fun with indie. I also had a series I wanted to write which didn't fit in with my traditional publishers guidelines. Indie publishing allowed me to write those books and publish them myself. I discovered I love everything about indie publishing, from the conception of the storyline, choosing and having the cover designed, having my own lovely editor and copyeditor in the US, writing my own blurbs, choosing the publication date - I can write a book one month and publish it the next. Brilliant! As you can tell, I love everything about indie publishing, and became a completely indie author in 2015. I've now published 42 indie books,and look forward to publishing many more.
What are you working on next?
I have just started a new Regency series called Regency Lovers. The first two books in the series are now available, INDECENT and OBSESSION. If you love hot Regency romance with a touch of mystery then you will love these stories!
How do you approach cover design?
i always have a very definite design and cover image in mind for each series I publish, and I am very lucky in that my cover design lady, Jo,and I are on the same wavelength. I always choose my cover images first for the whole series, then chat with Jo about what I have in mind. The rapport we have means that just days later she has designed the whole series of covers for me absolutely as I want them.
What is the greatest joy of writing for you?
The greatest joy of writing for me, in any series, is reaching out to the readers. I love to receive feedback, as to whether they liked this hero, or that heroine, or if the storyline was one that touched their hearts. Or other places!

Please feel free to write to me on: contact@carolemortimer.co.uk

I love to hear from readers, and will always, always reply to you, usually within 24 hours of receiving your email - sometimes I'm away on holiday with my lovely family, but I will write back to you as soon as I'm home again.
What do your fans mean to you?
Everything. The readers and fans are the reason I've continued writing for so many years. I have received so many letters and emails over the years, telling me what my books have meant to my readers, and I can't tell them how much I appreciate them taking time out of their own busy lives to contact me.
Do you remember the first story you ever wrote?
The one that was rejected, or the one two years later that was accepted?
To be honest, I don't remember the story that was rejected, but the second story is The Passionate Winter, my first ever published book with Harlequin. And yes, I remember that story very well. It's a May/December romance. Lots of readers seem to remember it too, despite it having been published in 1978, and the good news is that Harlequin have now published it as an ebook, along with the other 197 books I wrote for them.
What is your writing process?
My writing routine was very haphazard when all the children were young - I have 6 sons. but for the past 18 years, since our youngest son went to school, I have developed a routine that works for me as well as for my family.
Monday-Friday, from 9 o'clock in the morning until 1 o'clock lunchtime, are my usual hours for writing nowadays. As for a process? - I believe I'm what's called a pantser? In that I sit down at my laptop in the morning and start writing on whatever book I happen to be working on at the time. I never have a storyline mapped out from beginning to end - I've tried that once or twice, and I completely lost the natural flow of my characters. And it really is my characters that are the driving force behind my stories - I start the story and then they take me where they want to go, and I follow along willingly writing their story for them.
When you're not writing, how do you spend your time?
I love spending time with my husband, Peter. And my previously mentioned 6 sons. We're a very close family, even though the five eldest sons have now left home and made wonderful lives of their own. Our youngest son is now 22 and at university. He lives at home with us here, on the beautiful Isle of Man, when he isn't away at university.
I also love to read - surprise! The ebook reader is the most wonderful thing ever invented as far as I'm concerned, because I can carry my whole library around with me in one slim volume. My husband is grateful too - now he doesn't end up with one arm longer than the other whenever we go away, through having carried my bag of books all the way to wherever it is we're going on holiday!
Smashwords Interviews are created by the profiled author or publisher. 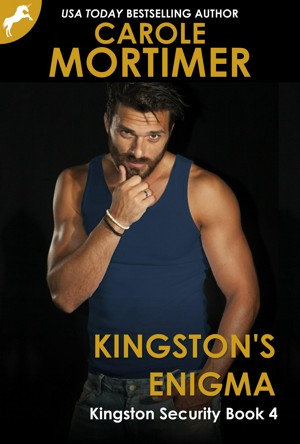 Kingston's Enigma (Kingston's Security 4) by Carole Mortimer
Series: Kingston Security. Pre-release—available January 31, 2023. Price: $3.49 USD. Language: English. Categories: Fiction » Romance » Contemporary, Fiction » Romance » Gothic
Lara McKenzie has never met anyone like tall, dark and handsome Malachi Kingston. A man who doesn't judge, even when he sees her stealing another man's wallet. Instead he asks her why and then offers to help her. Can Lara trust this unusual but gorgeous man? 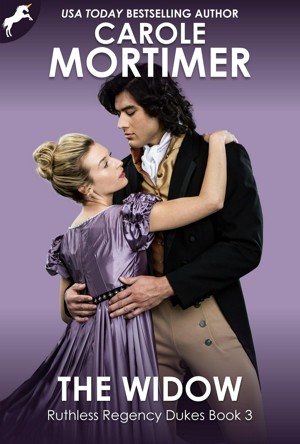 The Widow (Ruthless Regency Dukes 3) by Carole Mortimer
Series: Ruthless Regency Dukes. Pre-release—available November 30, 2022. Price: $3.49 USD. Language: English. Categories: Fiction » Romance » Gothic, Fiction » Historical » Regency
The cold and arrogant Sterling Bishop, the Duke of Bristol, is on the hunt for the person who murdered one of his close friends. He had not expected to find his judgment compromised when he finds himself deeply attracted to the lady who might have that answer, Lady Elizabeth Marshall. 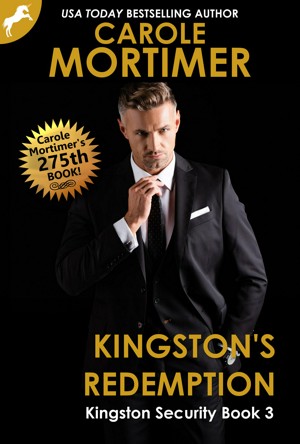 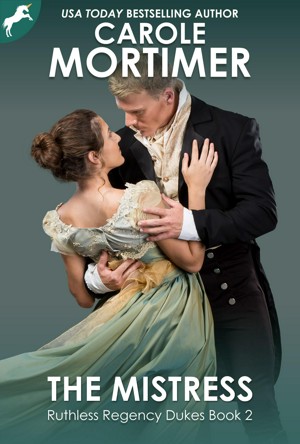 The Mistress (Ruthless Regency Dukes 2) by Carole Mortimer
Series: Ruthless Regency Dukes. Price: $3.49 USD. Words: 36,240. Language: English. Published: July 29, 2022. Categories: Fiction » Romance » Gothic, Fiction » Romance » Regency
Alaric Montrose, the Duke of Melborne, has his quarry in his sights, but soon realizes the best way to learn if this is the man responsible for the death of Alaric's friend, is to seduce the man's mistress. Except Grace Sunderland is immune to all Alaric's attempts at seduction. 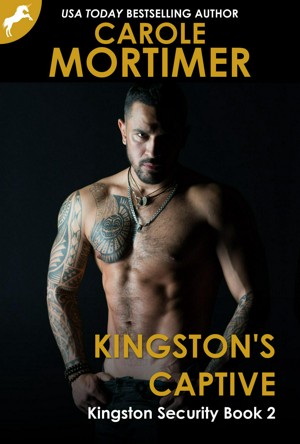 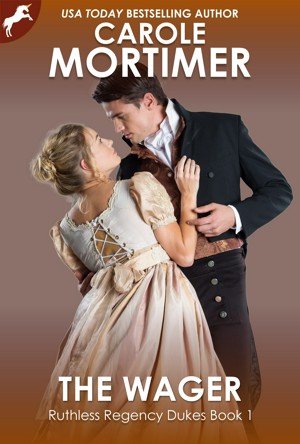 The Wager (Ruthless Regency Dukes 1) by Carole Mortimer
Series: Ruthless Regency Dukes. Price: $3.49 USD. Words: 41,760. Language: English. Published: March 31, 2022. Categories: Fiction » Romance » Gothic, Fiction » Romance » Regency
Six Dukes, bound together by their friendship.Then one of them is killed at the Battle of Waterloo, splintering the friendship of the five left behind, as they blame themselves and each other for their friend’s death.Until they learn he didn’t die in battle at all, he was murdered. The search for the killer begins! Chastity enters into a wager with one of these Ruthless Dukes, and pays the price. 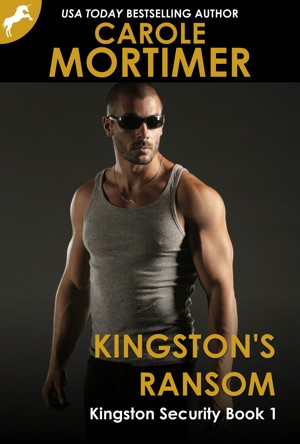 Rosie needs Max Kingston's help, but he'll only agree to that on his terms. 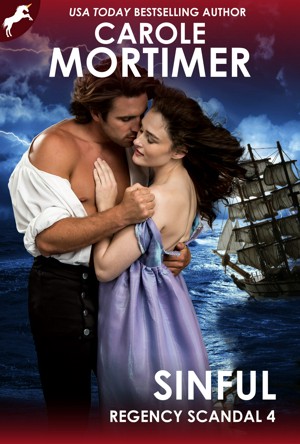 Sinful (Regency Scandal 4) by Carole Mortimer
Series: Regency Scandal. Price: $2.99 USD. Words: 37,550. Language: English. Published: November 26, 2021. Categories: Fiction » Romance » Gothic, Fiction » Romance » Regency
Having shunned all of Society's eligible gentlemen, Lady Olivia Buchan is sent to stay with distant cousins on their island home. There she meets Admiral Lord Magnus Forsythe, instantly aware he is the only man she could ever marry. Unfortunately he prefers to keep his distance from her. The reason for that becomes clear when she learns of the past scandal, involving the earl and her family. 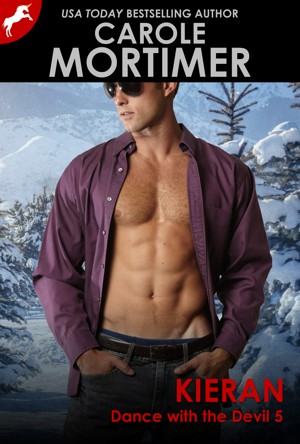 Kieran (Dance with the Devil 5) by Carole Mortimer
Series: Dance with the Devil. Price: $2.99 USD. Words: 28,230. Language: English. Published: August 27, 2021. Categories: Fiction » Romance » Gothic, Fiction » Romance » Suspense
The first time Janina met Kieran Price she pointed a gun at him. Luckily she decided not to shoot, because he's now the only person standing between her and certain death. He's also the only man she's ever desired. A desire she's finding it harder and harder to resist. 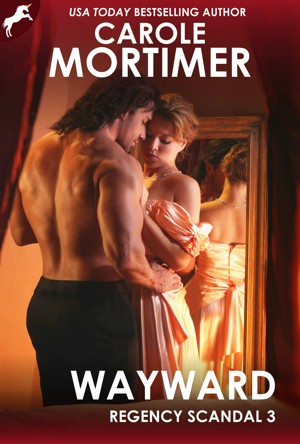 Wayward (Regency Scandal 3) by Carole Mortimer
Series: Regency Scandal. Price: $2.99 USD. Words: 34,750. Language: English. Published: July 30, 2021. Categories: Fiction » Romance » Gothic, Fiction » Romance » Historical » General
Gideon Rhodes, the Duke of Esher, scarred, bitter, and ostracised by Society in the belief he had killed his wife, is the last person who should be made guardian to a beautiful nineteen year old young woman. But the moment he sees Lydia he desires her. A desire which Lydia seems to reciprocate. But can they have a future together when the scandal of his dead wife stands between them?
View their profile to see all of their books