This interview has been viewed 1,209 times.

Published 2017-12-21.
How do you write together?
When you hear the word “writers”, do you picture individual authors, each working on separate projects?

Here in Carpenter Country, where we write, a different image canters into view - one of individual authors working on the same project. As HL Carpenter, a mother/daughter team, we’re writers who write together.

If you’re thinking you could never write with someone else, we understand. We felt the same way in the beginning. Sharing what you've written, especially when the words come from your heart, is hard. What if the other person doesn't like what you have to say, or worse, doesn't understand and thinks you should change what you've written? That would be like changing who you are or what you feel.

You don’t ever want to do that.

Neither do we. Fortunately, we discovered we can stay true to ourselves while writing collaboratively. How? By letting each other be who we are. For instance, when we create the first draft of our stories, we never make corrections to each other’s work. Instead, we take turns writing chapters, always moving forward.

After we have the story captured from first scene to last, we go back to the beginning and blend our words together. Harmony results as our separate voices merge into one.

How well does the process work? You’re reading an example right now. If you didn't know, would you suspect more than one author wrote the answer to this question?

We’re not saying collaborating is for everyone or that teamwork is always easy. What relationship is? Even when two people commit to the same goal, disagreements can flare. For us, flare-ups happen as we revise the initial draft. So we have a rule: No matter how attached either of us is to a particular word or phrase, when we disagree, we re-write the section in dispute.

Following that rule meant our first book, a young adult novel called The SkyHorse, underwent multiple revisions. With each, the story grew stronger, much like the little winged SkyHorse does when our heroine learns how to feed him properly.

By the time we finished, all the words belonged to both of us, and The SkyHorse galloped off to Musa Publishing. Musa was a terrific publisher and when our run there was finished, we got the rights back and re-published the story of our little winged horse. He's still flying, and we're delighted that others love him as much as we do.

Meanwhile, here in Carpenter Country, we’re working on another book - together, because we’re not only writers, we’re a team.
What is your writing process?
One or the other of us spots a sentence, an image, or a word that sparks an idea. If the idea is intriguing enough, the spotter writes up a synopsis and fleshes the story out. Then we decide if the topic is one we can both sustain our interest in long enough to complete the story. Then we write. Revise. Edit. Proof. Fix.

Sounds easy. Can take months. Good thing we love our work!
Do you remember the first story you ever wrote?
The H of HL Carpenter has the answer to that--A dog story published in an outdoor magazine when she was twelve. She never did get a printed copy, but she received a check for $25. H figured if she kept writing she’d get rich. :) But the journey’s been fun and she wouldn't trade it for anything.
What does your studio look like?
Our work stations face windows so we can look out over Carpenter Country, this magical place that, like our stories, is unreal but not untrue. For a long time, our studios were crowded with idea files filled to overflowing. We've been slowly digitizing the paperwork, and some of those ideas are becoming books.
What's the story behind your indie novella Jack and The Fountain of Youth?
2013 was the 500th anniversary of Juan Ponce de León's landing on the Florida coast. Since we’re Florida residents, we immediately began imagining what life was like back then. And what if...what if someone from the expedition actually did drink from the magical Fountain of Youth? What would that person’s life be like today?
How did you come up with the hero of your novella Jack and The Fountain of Youth?
We were sitting on the porch in Carpenter Country (a magical place that is unreal but not untrue), when Jack popped up in the fountain in our garden. That was a bit unexpected, since our usual fountain visitors are birds, bees, and butterflies, so after we told Jack to stop splashing the water out, we handed him a towel and asked why he was there.

When he told us his story, we knew we had to help. How could we resist the kind of hero we believed only existed in our daydreams, a chivalrous guy with eyes the color of unsweetened cocoa who looked and acted like a caballarius of old?
How do you approach cover design for your indie books?
By thinking of what the book is about--the single-sentence theme that captures the initial idea. Then we look at pictures. Tons and tons of pictures. And eventually one of them will PING...and we know we have the right image. Then we move on to the choice of color and font and placement. We think cover design is lots of fun. After creating multiple covers, we also know cover design takes a lot of work!
What motivated you to become an indie author?
We've always thought of our writing as a business as well as an art, and we've had our work published by a traditional print house and an e-publisher. We’ll continue to appreciate and create for both of those outlets. At the same time, we view indie publishing as an opportunity to grow and learn, and we think it’s important to explore all the exciting possibilities available to authors today.
What do you read for pleasure?
Cereal boxes. Yogurt cartons. Fiction. History books. The dictionary. Investment statements. Tax law. Pretty much everything. :)
What are you working on next?
We have multiple projects in various stages. We got the rights back to several of our earlier published works, so we're preparing them for indie publishing, we have a young adult novel that's in the editing stage with a publishing house, and another young adult that we're polishing for submission, we're completing the initial draft of a coordinated series of short stories, we have completed the first draft of another cozy mystery and a novella featuring our amateur sleuth Emma Twiggs, and ...well, as we said, we have multiple projects in various stages.
Smashwords Interviews are created by the profiled author or publisher. 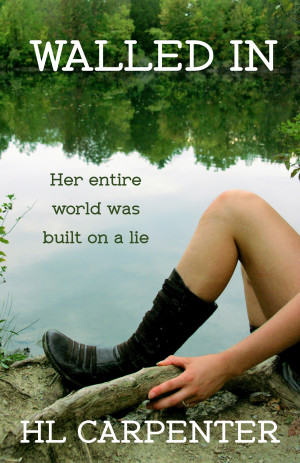 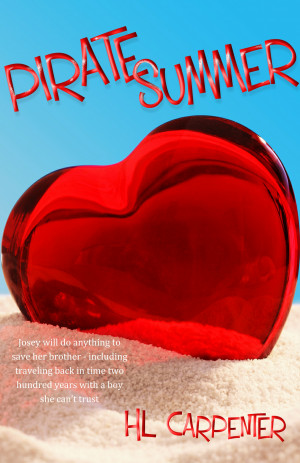 Pirate Summer by HL Carpenter
Price: $3.50 USD. Words: 49,100. Language: English. Published: June 15, 2017. Categories: Fiction » Young adult or teen » Adventure
When her brother disappears, Josey is sure she knows where he's gone. And the only way to bring him home is to travel two hundred years into the past with a boy she can't trust. 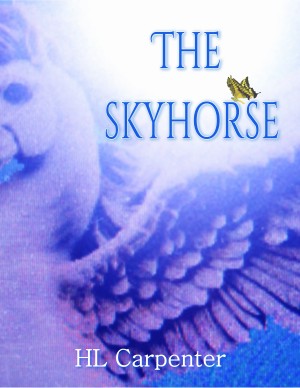 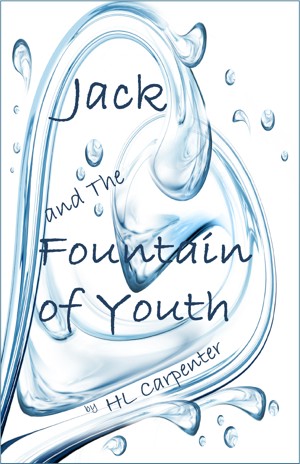 Some people say the Fountain of Youth is a myth. Jack Ponsi Dileonardo Thomas knows better.