This interview has been viewed 1,812 times.

Published 2013-08-26.
What motivated you to become an indie author?
I followed the traditional method of writing and submitting short stories to the print magazines in 2006. My first published short story appeared in 2008 after 200 rejection slips. My second published short story appeared a year later after another 100 rejection slips. Things changed when I started writing speculative stories for the genre anthologies. I had 30+ short stories published in a dozen anthologies in a few short years.

Once a short story saw publication, it ceased to have any existence beyond being a reprint that nobody wanted. Unless you can sell novels like Stephen King - and even if you were Stephen King - traditional publishers are reluctant to publish a short story collection. After writing a 125,000-word first novel that I couldn't figure out how to edit, I went back to writing short stories. I got very frustrated that the reprint market for my short stories was non-existent.

I caught the tail-end of a discussion on Twitter in October 2010 where Georganna Hancock (@GLHancock) mentioned publishing ebooks on Amazon. I asked a few questions about publishing short stories as ebooks, signed up for an Amazon publishing account and initially published my first short story, "The Uninvited Spook," as a reprint ebook. A week later I came across Smashwords and the excellent "Smashwords Style Guide" ebook. I started publishing on both Amazon and Smashwords.

After I published all my previously published short stories as reprint ebooks, I started publishing original ebooks from my short stories and essays. I now make more money selling ebooks than I do in first serial publication sales. Always nice to have a predictable - and growing - income stream.
Do you remember the first story you ever wrote?
For a third-grade class project, I wrote a story by drawing pictures in crayon to illustrate each page, assembled a book from folded sheets of construction paper, tell the story for each page that the teacher typed out as a line of text, cut everything out and paste into the book.

My story was about a goldfish being chased by a baby whale that gets stuck inside a cave, the goldfish gets the mother whale, and baby whale got rescued without eating the goldfish.

This was a very magical moment. I fell in loved with creating a short story and making a book. Years later I'm able to do both by creating short stories and making ebooks for others to read.
When did you first start writing?
My mother committed suicide by breast cancer in 2004. She knew she had the disease but refused to seek treatment. That was hard to deal with. I quit my job as a video game tester at Accolade/Infogrames/Atari (same company, different owners, multiple identity crisis) that I had for six years, cashed out my retirement account and went back to college to complete an associate degree for the next 18 months.

I saw a personal counselor at the college health center for a year. During our numerous conversations about my childhood and young adulthood, I gave myself permission to be a creative individual and do all the things that I wanted to do as a child. I painted in acrylics. I took three semesters of ceramics. And, I started writing.

The first half-dozen short stories that I wrote were therapy stories based on traumatic childhood events. These stories were unpublishable until I made extensive revisions. I started writing the non-therapy stories in 2007, embracing my new identity as a writer. Since then I wrote 80+ flash and short stories.
When you're not writing, how do you spend your time?
I'm an anonymous computer technician by day. No one at work knows that I'm a writer at night. My co-workers think I live the most boring life possible in Silicon Valley. If they do an Internet search on my legal name, they will find out that I disappeared from the Internet back in the 1990's or come across my LinkedIn profile. I can write whatever I want to write without worrying about someone looking over my shoulder. I raise tropical fishes, read manga and comic books, watch movies with my friends and study for technical certifications needed for my non-writing tech job.
Where did you grow up, and how did this influence your writing?
I was born and raised in Silicon Valley, being the rare Californian native who haven't moved here from somewhere else. I saw the orchards and tomato fields gave way to the freeways in the 1970's, played the video games at home and the arcades in the 1980's, and crisscross the paths of famous technology people I read about as I worked at the top Silicon Valley companies for the last 20 years.

Although I call myself a Silicon Valley writer, Silicon Valley had zero influence on my writing until a few years ago. My short stories weren't anchored to a specific place or an abstract version of Silicon Valley that certainly wasn't San Francisco (the outside news media can't do a Silicon Valley story without having THE CITY in the background that is 50 miles north). These days I'm drawing upon my local knowledge and extensive reading about to include Silicon Valley into everything I write. If Stephen King can put Maine on the map, I'm going to do the same for Silicon Valley.
What inspires you to get out of bed each day?
Besides going to my non-writing tech job to collect a paycheck and pay all the bills? The creative rush I get from creating something brand new out of the ether or reworking old ideas into something different. Short of being in love with someone, the creative rush is next best thing.
What do you read for pleasure?
That really depends on what I'm writing. If I'm writing and editing multiple short stories, I read a Star Trek, Star War or Stephanie Plum novel. If I'm going through a dry spell in writing fiction, I'll read a long fantasy, science fiction or horror novel. Otherwise, I'm reading historical non-fiction about the time period that came before and after William Shakespeare in the 16th-century.
Describe your desk
I have three desks in a U-shaped formation. The left desk has my Apple laptop, a 19" monitor in a vertical position and stack of folders with current projects. The middle desk is a dumping ground for all the paperwork that isn't current. The right desk used to have my electronic typewriter but I replaced it with a 12U rack that has network routers and switches for studying the Cisco Certified Network Associate (CCNA) certification.

My alternative desk is a clipboard inside the mobile office (a 1999 Ford Taurus). The highlight of my non-writing tech job day is to take my lunch break in the mobile office. This is where the real work gets done. I eat lunch for 15 minutes and write/revise whatever is on my clipboard for the next 45 minutes. Everything else that I do as a writer is to keep that clipboard full each week. If I forget to load the clipboard, I have 3x5 cards in the glove box to keep on writing.
What book marketing techniques have been most effective for you?
I noticed that reprint content sell better than original content for short story ebooks. Since the description and the title page for each short story ebook cites the first serial publication, it reassures the reader that someone else thought the story was good enough to be published in their magazine or anthology. Unless, of course, the editor was a complete moron. (Out 500+ submissions over seven years, I met a few moron editors.) The statement - "This short story was first published in " - is a good selling point.

I still submit my short stories to the magazines and anthologies, but I no longer count the virtual rejection slips anymore.

If a short story wasn't sold after being submitted to ten markets or circulated for one year, whichever happens first, I'll publish the short story on Fictionaut (http://fictionaut.com/users/cd-reimer) and slate it for ebook publication at a later date. The nice thing about a writer/reader community like Fictionaut is that I get feedback to incorporate into revising the short story as an ebook.
What are you working on next?
I'm planning to release 25 ebooks - short stories, essays and a short story collection - in 2014.
Smashwords Interviews are created by the profiled author or publisher. 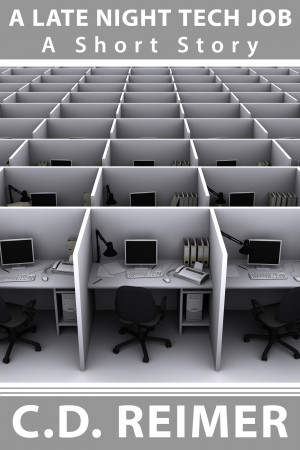 A Late Night Tech Job (A Short Story) by C.D. Reimer
Price: $1.99 USD. Words: 4,380. Language: American English. Published: April 19, 2014. Categories: Fiction » Urban, Fiction » Humor & comedy » Satire
An experienced contractor runs the gauntlet for a late night tech job at a financial institution in the heart of Silicon Valley, getting past the trigger-happy security guard, dealing with younger co-workers who expect to get paid fabulous money for doing nothing, and saving a desperate project manager when everything goes wrong. (A 4,190-word short story.) 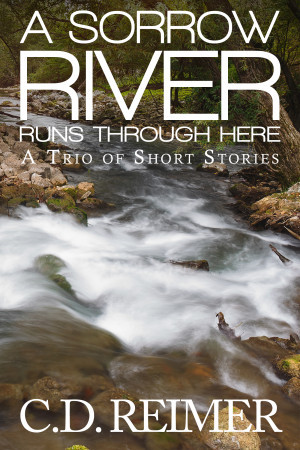 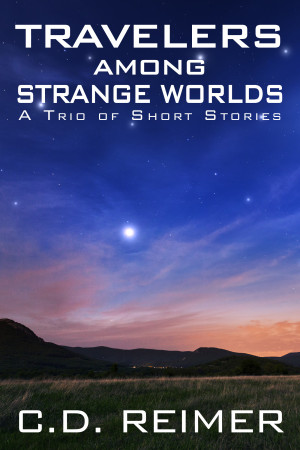 A trio of short stories about traveling to strange worlds, featuring "Silent Observers," "The Kitterun Five Tourist Trap" and "The Wizards of Flushington." 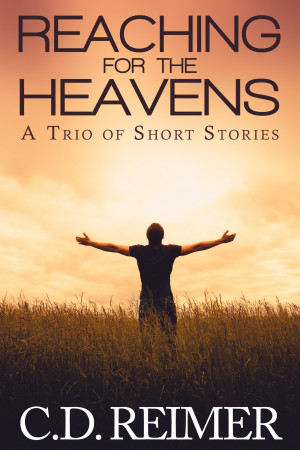 A trio of short stories about spiritual faith in uncertain times, featuring "A Leap of Faith," "The Devil Comes A-Collecting" and "Saved By The Bell". 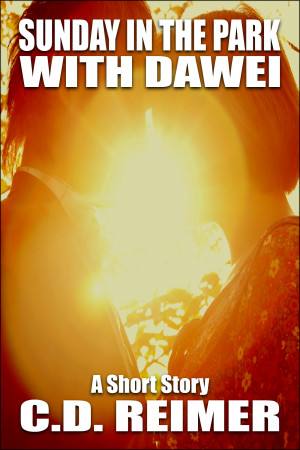 After responding to the personal ad on Andyslist to make out on a park bench in Golden Gate Park on a bright Sunday afternoon, the straight-laced Sasha finds her Victorian dress unbuttoned and her chastity belt cut away by the free-spirited Dawei to learn why androids are sexually deviant in the future. (A 5,040-word short story.) 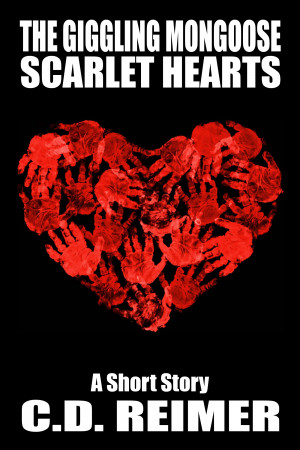 The Giggling Mongoose: Scarlet Hearts (Short Story) by C.D. Reimer
Price: $0.99 USD. Words: 5,940. Language: American English. Published: April 30, 2013. Categories: Fiction » Horror » General
After confronting a prominent attorney with three young sweet things for not leaving a generous tip, Charles Goodwin, the cannibalistic owner of The Giggling Mongoose, fumes at not being able to teach the old goat a lesson in restaurant manners until the scorned wife makes him an offer he can't refuse. (A 5,530-word short story.) 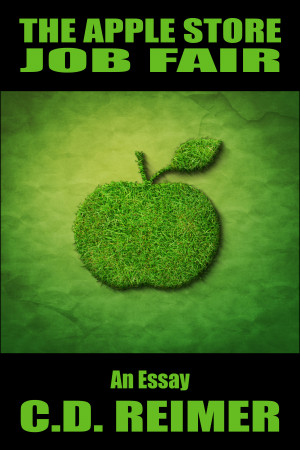 If you're ever invited to attend the Apple Store Job Fair at the Cupertino headquarters, don't drink the water. The employees pushing the cold bottles of water are store managers. If you find yourself with an urgent need to urinate during the two-hour presentation and activity session, don't use the restroom. You will piss away your job interview if you do. (A 8,300-word personal essay.) 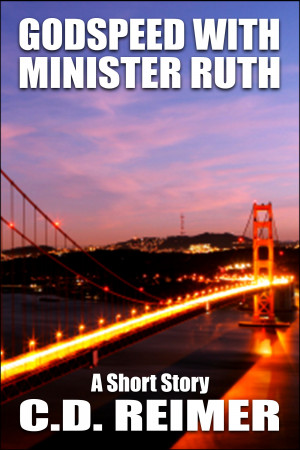 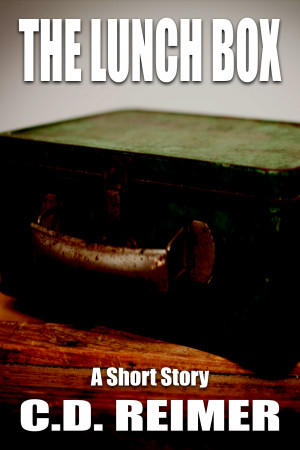 The Lunch Box (Short Story) by C.D. Reimer
Price: $0.99 USD. Words: 2,650. Language: American English. Published: September 1, 2012. Categories: Fiction » Horror » General
Little Suzy and her dog, Spot, are trap inside the detached garage on her late grandfather's ranch in Morgan Hill during a fierce thunderstorm with an unspeakable horror from inside a handcrafted lunch box that hungers for revenge against her family. (A 4,000-word short story.) 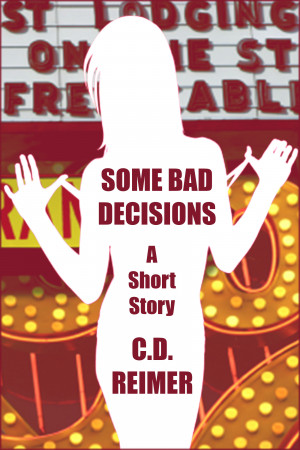 Some Bad Decisions (Short Story) by C.D. Reimer
Price: $0.99 USD. Words: 4,130. Language: American English. Published: April 1, 2012. Categories: Fiction » Erotica » Paranormal, Fiction » Horror » General
As Claude prepares his surgical instruments for Plain Jane, a petite prostitute he brought back to his motel room, she unnerves him with her cravings for alcohol, incidents that belies her plain appearance, and knowledge of the Las Vegas serial killer. Naked underneath a ceiling mirror that exposes all, the wild and passionate sex of a one-night stand begins. (A 3,730-word short story.)
View their profile to see all of their books