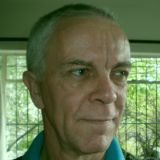 This interview has been viewed 858 times.

Published 2013-10-25.
When you're not writing, how do you spend your time?
During the day, I might be gardening, metalwork, woodwork or doing maintenance on the house or on the computer. I recently finished building a car from scratch. It's roadworthy but there are still a few things I want to sort out. Night or day, the computer absorbs a lot of my time with 3D modelling, digital graphics, the occasional RPG game, research for books or simply for interest's sake. After I bath from around 11pm till 12 or 2am, I read in bed.
How do you discover the ebooks you read?
Email advisories from Goodreads, Amazon, Harlequin, etc. and by searching for specifics.
Do you remember the first story you ever wrote?
Yes, in principle but I doubt that I could write it verbatim without reading it again. That was back in 1967.
What is your writing process?
It varies - sometimes, I just wing it based on a single sentence. Other times, I have the bones of a plot that grows as I go along.
I use spreadsheets to ensure that I don't inadvertently change hair or eye colour halfway through the story or any other little detail. Typically, a spreadsheet will have plot, synopsis, timeline, character details, world details, chapter details, etc. As I write, I update the spreadsheet and cross-reference it to ensure consistency.
One might say that it pays to be a methodical plodder.
How do you approach cover design?
Thoughtfully. Covers can take a long time to get right. Often they are a source of frustrating challenge.
I've seen unsatisfactory covers for which authors have paid hundreds of dollars to so-called professionals. I do my own and try to ensure that the title and my name stand out in thumbnail size. The important thing about covers is that they appeal to the target readers and that is really difficult. Obviously, a cover should reflect at least some elements of the story and genre. The old saying 'don't judge a book by its cover' doesn't work because buyers are strongly influenced by covers. A cover needs to stand out in a crowd of thousands of similar ones to attract interest. The second most important thing is the blurb, which can make or break sales. I'm still learning how to write a good one.
What do you read for pleasure?
Good stories. Although my favourite genres and fantasy and science fiction, I'm equally happy reading history, romance, thrillers or the classics.
What is your e-reading device of choice?
My PC or my laptop. I don't have anything else and am perfectly satisfied with what I have.
What book marketing techniques have been most effective for you?
NONE!! Not even offering my book free has helped other than for a few dozen free-loaders.
That is my downfall; I'm no salesman. I'm no good at blogging or social networking. Facebook, GooglePlus and Twitter simply do not work for me. I cannot seem to muster a following at all. None of the people I know even read ebooks. That makes it very hard for me to get any feedback on my work. I love writing but I detest the insincerity of spamming, bootlicking and salesmanship in general. I guess we tend to dislike what we can't do.
What motivated you to become an indie author?
Years of frustration trying to find a publisher or an agent and hundreds of dollars wasted in printing and postage sending them manuscripts. Most of them never even had the courtesy to acknowledge receipt of the manuscripts. Practically zero feedback and the few that did reply sent form letters of rejection.
The joke of it all is that even in the 21st Century many publishers still insist on PAPER submissions!
Many years ago, I was assured by a Macmillan's editor that my writing was good but his office were not publishing fantasy.
Who are your favorite authors?
Many and varied and to be honest, too many to list. Here are some in no particular order: Elizabeth Chadwick, Juliet Marillier, Stephen Lawhead, Jacqueline Carey, JRR Tolkien, JK Rowlings, Isaac Asimov, Terry Brookes, Robert Jordan, Christopher Paolini, Mercedes Lackey, Thomas Hardy, Emily Bronte, Charlotte Bronte, Jane Austin, Paul Brickhill, Thomas Bulfinch, Anthony Trollope, and more.
What are you working on next?
A YA fantasy. I have built the world around the fabled Atlantis, set at before the dawn of time and before the biblical flood. Magic and elves ruled supreme. I have developed the society and some characters but as yet, the plot is eluding me - ha, ha. I have several ideas on the boil and this has all the promise of becoming either a very long novel or a series.
Smashwords Interviews are created by the profiled author or publisher. 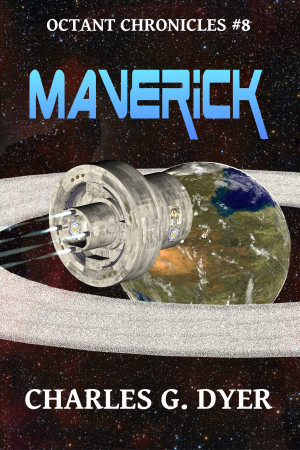 MAVERICK - Octant Chronicles #8 by Charles G. Dyer
Series: Octant Chronicles. Price: $2.99 USD. Words: 53,970. Language: English. Published: June 17, 2019. Categories: Fiction » Science fiction » Adventure, Fiction » Science fiction » General
Meg is a magnet for trouble/ She wants to prove that her Merlin spacecraft is a worthy addition to the Octant Police Service. She has to deal with pirates, rebels, terrorists and rescues. Her unconventional methods produce amazing results. Will she find romance at last? Will she fulfill her dreams? Find out in this thrilling action filled space saga. 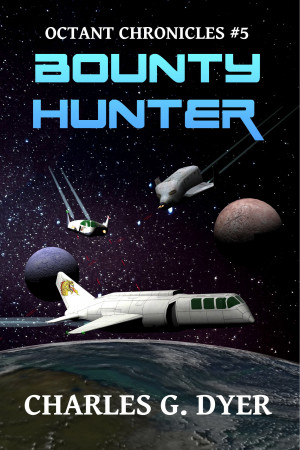 Bounty Hunter - Octant Chronicles #5 by Charles G. Dyer
Series: Octant Chronicles. Price: $2.99 USD. Words: 72,200. Language: English. Published: May 7, 2019. Categories: Fiction » Science fiction » Adventure, Fiction » Science fiction » General
Buzz, Meg and Logi put their skills to the test as bounty hunters. Logi wants adventure and she gets it in spades. Buzz wants justice in the Octant - will he ever be satisfied? Meg wants education and a means of testing her military expertise. Will she meet her match? Find out in this thrilling saga on land and in space, where the hunters clash with pirates, pimps, serial killers and slavers. 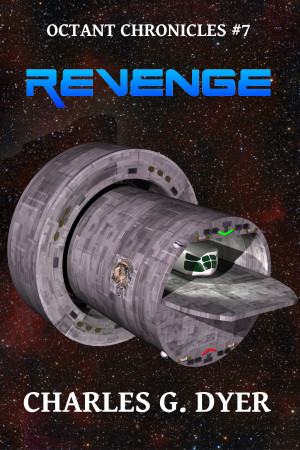 Revenge - Octant Chronicles #7 by Charles G. Dyer
Series: Octant Chronicles. Price: $2.99 USD. Words: 56,530. Language: English. Published: May 6, 2019. Categories: Fiction » Science fiction » Adventure, Fiction » Science fiction » General
Meg returns from an epic adventure and starts modifying her spaceship. Buzz's suggests that she joins the OPS. Will she find romance at last? Will she fulfill her dreams? Will the OPS accept her proposal? Find out in this thrilling space saga, where Meg seems to attract trouble wherever she goes. 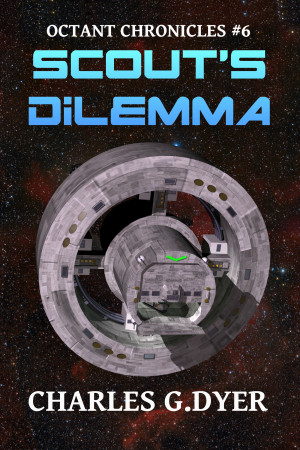 Scout's Dilemma - Octant Chronicles #6 by Charles G. Dyer
Series: Octant Chronicles. Price: $2.99 USD. Words: 61,050. Language: English. Published: May 6, 2019. Categories: Fiction » Science fiction » Adventure, Fiction » Science fiction » General
Meg wants adventure and she gets it in spades. She designs and builds her own spaceship. In addition to androids, she takes a young man with her. Will she find romance at last? Will she fulfill her dreams? Will her theory prove correct and take her back to Earth? Find out in this thrilling space saga, where the adventurers clash with slavers and aliens. 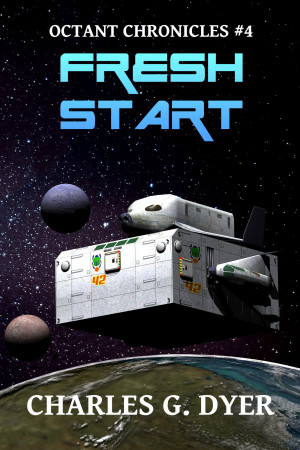 Fresh Start - Octant Chronicles #4 by Charles G. Dyer
Series: Octant Chronicles. Price: $2.99 USD. Words: 63,330. Language: English. Published: May 6, 2019. Categories: Fiction » Science fiction » Adventure, Fiction » Science fiction » General
Previously published as The Octant, now part of the Octant Chronicles. The inhabitants of the Octant are human and the androids who created them. The humans turned on their android saviours and made slaves of them. A group of disgruntled androids have had enough. In an exciting adventure full of surprises, they plan their escape through the hazards of space and pirates. 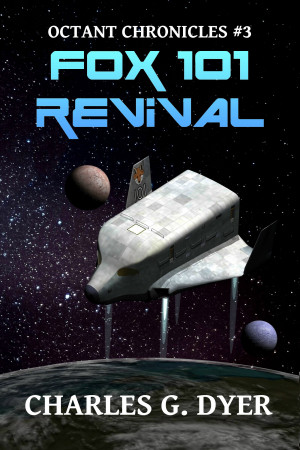 Fox 101 Revival - Octant Chronicles #3 by Charles G. Dyer
Series: Octant Chronicles. Price: $2.99 USD. Words: 61,900. Language: English. Published: May 6, 2019. Categories: Fiction » Science fiction » Adventure, Fiction » Science fiction » General
Previously published as Fox 101, the story has been revised and is now part of the Octant Chronicles. Buzz acquires Fox 101, an old interstellar spacecraft, for what he hopes will be a relaxing business. Instead, it becomes an exciting adventure full of surprises. He assembles an unlikely crew. In addition to the hazards of space they have to contend with assassins and bounty hunters. 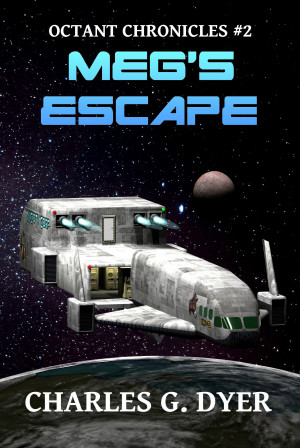 Meg's Escape - Octant Chronicles #2 by Charles G. Dyer
Series: Octant Chronicles. Price: $2.99 USD. Words: 54,450. Language: English. Published: May 6, 2019. Categories: Fiction » Science fiction » Adventure, Fiction » Science fiction » General
Previously published as Meg, this story is now revised and part of the Octant Chronicles. Meg is the daughter of one of the most powerful men in the Octant. He arranges a marriage to improve his power base. Vehemently averse to his choice of husband and the marriage, Meg runs away. She stows away on an interstellar freighter and has to learn to survive. Her father sics bounty hunters on her. 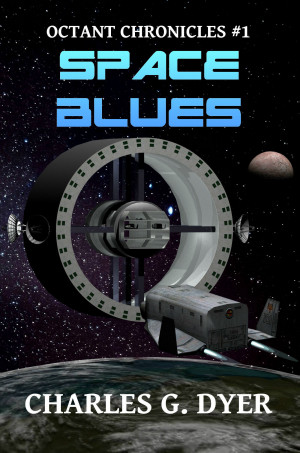 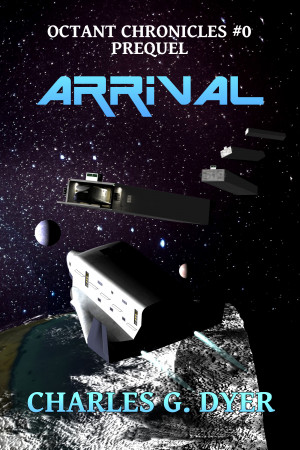 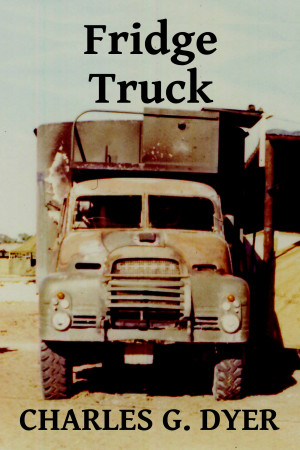 Fridge Truck by Charles G. Dyer
Price: $1.99 USD. Words: 3,270. Language: English. Published: June 7, 2018. Categories: Nonfiction » Biography » Military biography, Nonfiction » History » Africa
A coffee break book. Early in the South African Border war, I am stationed near the Angola border as a military transport driver. This is the story of one memorable exciting incident that took place there.
View their profile to see all of their books