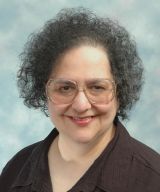 This interview has been viewed 1,510 times.

Published 2013-09-12.
Where did you grow up, and how did this influence your writing?
I don’t think it’s as important WHERE I grew up as HOW. I grew up in the Bronx, a northern suburb of New York City and there were many opportunities to be myself, experience adventure, enjoy creativity, and meet so many different people. The HOW is that my parents were very open minded, encouraging and supportive so they allowed me to take advantage of these opportunities. I had a very happy and fulfilling childhood. Whenever things didn’t go just the way I wanted, my parents helped me see the positives and build from there. They loved my sister and me unconditionally and yet still expected us to abide by rules and high standards (they were terrific role models).
What is the greatest joy of writing for you?
I love the idea of people reading the words I write and considering the ideas I pen. I feel a literal thrill every time I see my name on a book or as a byline to an article. It is an astonishing feeling to get people thinking and feeling.
What do your fans mean to you?
My fans and all of my readers are the people I reach out to every time I write. They are the people I look to communicate with, they are the people I write for.
If you were to write a series of novels, what would it be about?
I would probably write a series of novels about Emergency Services, especially medical. I spent nearly three decades myself as a volunteer NYS Certified Emergency Medical Technician responding via an ambulance to all forms of medical and traumatic emergencies; my husband has also been a volunteer EMT and both of our offspring are career EMS. I also spent several years as a volunteer with the NYC Auxiliary Police (where I finally got together with my husband) and I have a lot of folks I care about in fire services. Emergency responders (paid or volunteer) put their own lives on the line constantly and have my complete admiration, respect and gratitude – they help to ensure the welfare of our homes and communities. I’ve already written two EMS stories, Final Sin and Hyphema and I probably will write more.
What question do you wish was on the list? Your answer?
I wish I had been asked about my experiences as a writer, the people and companies I’ve dealt with, and the lessons I’ve learned. I wrote my very first professionally published newspaper article as a favor for the Community Affairs Officer at the precinct where I was an Auxiliary Officer, it was about a young man who died while assisting a mugging victim and it taught me about the necessity of responsible journalism. Years later I freelanced for a few local magazines and learned lots about egos, pride, and the human factor. I also learned about editors who ranged from very easy to very difficult to work with. I made friends with one newspaper editor and we are still friends more than 25 years later, she taught me a lot. The first publishing company I ever signed with wasn’t supportive and I felt very alone and unsuccessful. However I finally found Vanilla Heart Publishing and have truly found a home, learned lots about teamwork, have received total support and have formed terrific friendships with the managing editor and several talented authors. And I still freelance for several magazines, newspapers and even a syndication service. My writing history has left me feeling confident and afforded me a lot of pride.
Smashwords Interviews are created by the profiled author or publisher. 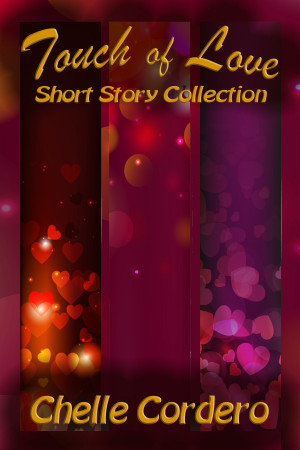 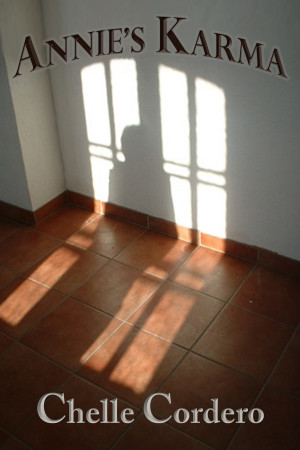 Annie's Karma by Chelle Cordero
Price: $3.99 USD. Words: 31,520. Language: American English. Published: December 27, 2016 by Vanilla Heart Publishing. Categories: Fiction » Thriller & suspense » Supernatural, Fiction » Thriller & suspense » Psychological thriller
After Karma Visited, Annie Furman moves on from her past and into her future with Undersheriff Dave Turner. Her gifts – or are they her curse? – grow stronger, and she finds out that she is not alone in the realm of astral travel. Dave saved her life, now she has to fight another ‘traveler’ to save Dave… if she survives. 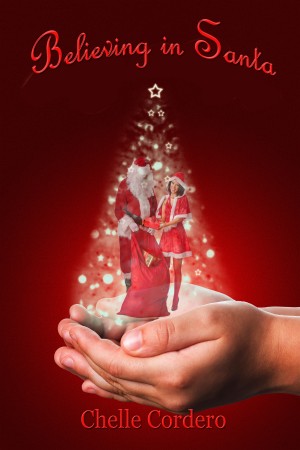 Believing in Santa by Chelle Cordero
Price: $0.99 USD. Words: 8,320. Language: English. Published: October 25, 2016 by Vanilla Heart Publishing. Categories: Fiction » Holiday » Christmas
Dini didn’t want to think about her past. And, Seth wasn’t thinking about anything but his past. Thrown together as Santa and his Number One Elf at the homeless shelter, Dini and Seth seem to be on opposite sides... of everything. Her past is catching up to her, and Seth may risk his future to protect her. 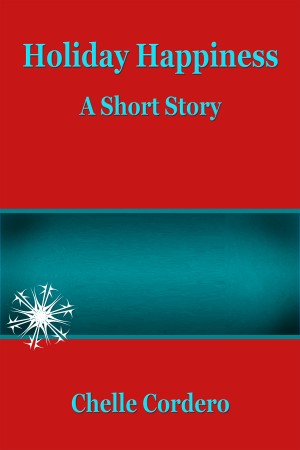 Holiday Happiness by Chelle Cordero
Price: $0.99 USD. Words: 3,230. Language: English. Published: October 25, 2016 by Vanilla Heart Publishing. Categories: Fiction » Holiday » Christmas, Fiction » Romance » Short stories
A short story about finding holiday happiness when you didn't realize it was right there with you all along. 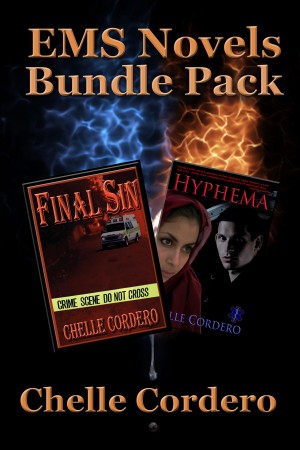 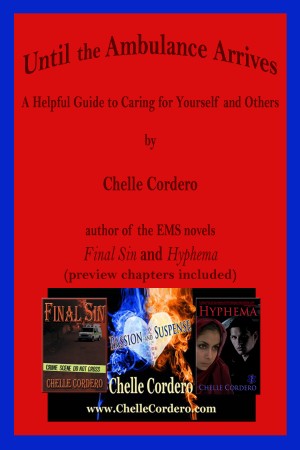 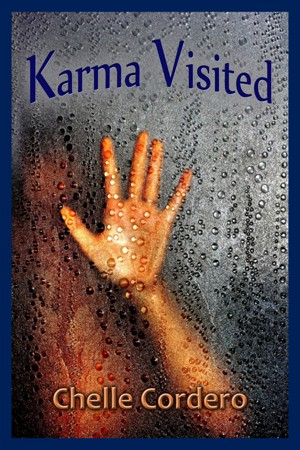 Karma Visited by Chelle Cordero
Price: $3.99 USD. Words: 45,410. Language: American English. Published: September 15, 2013 by Vanilla Heart Publishing. Categories: Fiction » Thriller & suspense » Supernatural, Fiction » Themes & motifs » Psychological
Do you believe in karma? Annie Furman has a gift that allows her, while she sleeps, to visit people in their time of need - but who will be there for her when she needs help? Undersheriff Dave Turner is investigating a series of home invasions and homicides. He has no idea that solving this case will lead him to the woman of his dreams. 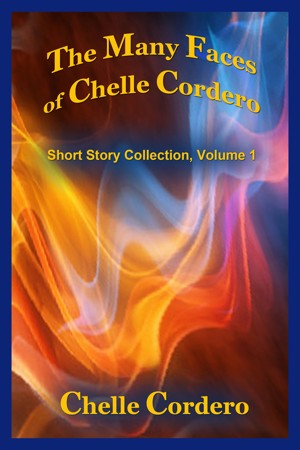 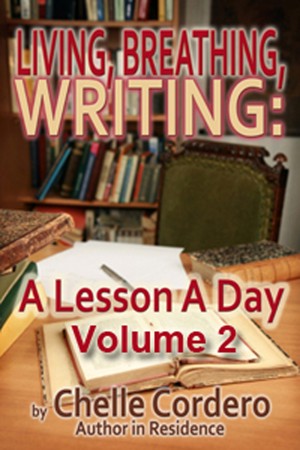 Living, Breathing, Writing: A Lesson A Day, Volume 2 by Chelle Cordero
Price: $2.99 USD. Words: 21,520. Language: English. Published: August 5, 2011 by Vanilla Heart Publishing. Categories: Nonfiction » Self-improvement » Motivation & inspiration, Nonfiction » Reference » Publishing & books
In celebration of Volume 1 going to print edition due to demand, Chelle Cordero and Vanilla Heart Publishing have put together another complete month of lessons about the craft of writing and being a writer, from time management to social networking, organizing queries to publication, and more. Includes more than 50 brain-starting exercises and prompts to help you get those words on paper. 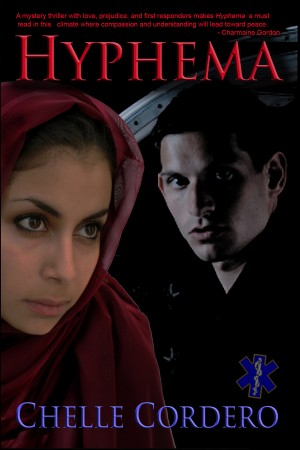 Hyphema by Chelle Cordero
Series: EMS Novels by Chelle Cordero, Book 2. Price: $3.99 USD. Words: 57,470. Language: English. Published: April 18, 2011 by Vanilla Heart Publishing. Categories: Fiction » Thriller & suspense » General
Hyphema: Bleeding in the eye caused by trauma… Matt Garratti, a paramedic from New York, moves his wife and son to North Carolina to work at his dream job as a flight medic. Pakistani born Sudah, his wife, receives frosty stares and insensitive comments from their new neighbors... Matt wonders if he is pursuing his dream or bringing his family into a nightmare from which they may never wake.
View their profile to see all of their books