Published 2020-11-22.
When did you first start writing?
Like most kids, I wrote stories at school, but I don’t think it was until I left school that I actually thought about writing for myself. At one point, I tried to write a sci-fi novel but didn't get very far with it, so I turned to poetry: I’d read a biography of the poet Shelley and had a bit of a mad idea that I could be like him - write tons of romantic poems and die young leaving a legacy of fantastic work. Of course, I soon gave up on the idea of dying young, but I did write a lot of poetry and began submitting it to literary magazines.

In those pre-Internet days, everything had to be done the old fashioned way - typed out on a battered old Silvereed typewriter, then posted off to await publication, fame and fortune. Of course, no-one wanted my (mostly) self-indulgent rubbish, but I kept my rejection slips for years as if they were some kind of trophy collection. Eventually I threw them away, since they were just reminders that I wasn't very good at poetry. (Admittedly, some of them were really bad - one rejection slip said “this poem doesn’t rise above its own squalor.” Nice). I'm happy to say that I did get a few poems published many years later (in 'Envoi' and 'Staple' magazines), so it's not all bad.

At university (as a mature student) I studied Drama and wrote plays. The early ones weren't great, but eventually my writing improved, though it was years later before my first full-length play made it onto an actual stage. By 1998 I’d started to write novels, or rather, one novel, and I was experimenting with short stories too. My first story was published in 2000 by Scribble Magazine.
What's the story behind your latest book?
My most recent book is 'Blood on the Tyne: Head Shots', book #2 in the Rosie Robson Murder Mysteries series.
What motivated you to become an indie author?
Good question. When I moved from writing mainly stage plays to writing novels and stories, I assumed that the sensible thing to do would be to pursue the traditional route of finding a literary agent, a publisher and so on. After completing my first book ('The Devil’s Porridge Gang' - available on Smashwords), I began sending it out to agents. After a few months of rejections, I’d finished writing ‘The Architect’s Apprentice’ so I started sending that one out instead. While there were a few agents who said they really enjoyed the novel, none of them wanted to take me on as a client.

By that time, I’d also started writing a lot of short stories and I’d had one or two published in literary magazines (mainly online), so I began to see how developing a ‘platform’ (one of the topics Smashwords founder Mark Coker talks about a lot), would help generate interest in my work. I started doing stuff to make that happen, but the rejections were still coming in and after two years of the darn things, I’d had enough.

During these two years, I’d looked at various options for self-publishing. I know a few people who’ve done it and some have had a reasonable bit of success, and others haven’t. One of the things that put me off the idea of eBooks was that anyone can write one. As a Twitter user, I’m often sent links for free eBooks and I always look at them. The trouble is, a lot of them are badly written, with clunky, clumsy language and crammed with clichés.

I suppose what I’m saying is that I wondered how on earth any author (any good author) could make themselves stand out among so many other books, but of course, it comes back to the ‘platform’ thing - if you want to get ahead you have to push your way through. So that’s what I’m doing. Look out!
What is the greatest joy of writing for you?
I’ve always loved playing around with words, and writing stories is just an extension of that. Although most of the short stories I write are aimed at adults, my novels up to now - apart from 'The Watson Letters' and a thriller 'Ariadne 7' due for release in May 2016 - are aimed at children. I find this younger audience is generally more imaginative than their older counterparts and are therefore more open to whatever I want to throw at them. I also think children are more likely to ‘buy into’ the worlds I create, so it feels like I can write about absolutely anything. Creating a piece of art, whether it’s theatre, a movie or a book, is a lot of fun and the thrill of knowing that the crazy stuff going round in my head is entertaining, is pretty magical.
How do you approach cover design?
Designing book covers is a pretty big issue, since the cover image is the first thing readers see. However, not all writers have the skills (or the inclination) to use programmes like Photoshop. I'm lucky that I developed a reasonable range of Photoshop skills a few years ago when I was designing posters for my theatre company, although having said that, I'm still learning new techniques all the time. For instance, I recently got to grips on with the 'clone stamp tool', and am absolutely loving it - don't know how I managed without it!

Approaching the design can be tricky. Sometimes I have a very clear idea of the kind of image I want, but occasionally I have absolutely no idea where to start. Generally, I try to come up with an image that relates to the story in some way, and usually utilise two or three different images and combine them in a way to create a new image. For instance, for the cover of 'Mortlake' I bought photos via Dreamstime (stock image company). I used one photo of a monk in a blue monk's habit, and another photo of a stone wall with an arched gateway on one side. By removing the original background on the monk photo and darkening the stone work, I created a suitably gothic image. I also added a scroll with the book series details on it (also used on 'The Architect's Apprentice).
What do you read for pleasure?
I swing between reading authors that are new to me and long-time favourites, such as Stephen King, Lee Child, James Herbert, Val McDermid, Margaret Attwood and Stuart MacBride. Indie authors I really like include Joy Mutter, Keith Dixon, Jacky Dahlhaus, Robert Crouch, Maggie James, AJ Griffiths-Jones and many, many more. I'll often have three books on the go at a time, so there'll be one on Kindle, another in paperback and one via Audible. I also read a bit of non-fiction, though that's mostly historical stuff relating to history and crime, such as Liza Picard's 'Restoration London' and Peter Graham's 'Anne Perry and the Murder of the Century'.
Describe your desk
I have an adjustable standing desk and use a PC setup. It's better than being hunched over a hot laptop, is a more natural way to write, avoids back/neck pain and, apparently, leads to a longer lifespan!
What are you working on next?
I have three WIPs at the moment - book one in a new horror series (Black Witch Moon), book six in the Watson Letters series (The Haunting of Roderick Usher), and book three in the Christie McKinnon Adventures series (currently titled 'The Phantom of Fiddler's Lane),
What is your writing process?
I'm not a planner, so I need very little in terms of inspiration before I start writing. Usually, I'll have a title and often that's enough, but sometimes I'll also have a vague idea of what the story/novel will be about and the direction it might go in. However, the thrill of writing is in discovering what's going to happen - I couldn't write anything if I already knew how it would end.

I used to write and re-write/edit as I went along, but I've recently changed to a more continuous process where I'll concentrate on the writing without worrying about spelling, punctuation and so on. This allows me to write faster, which in turn, helps my enthusiasm and motivation. Previously, I'd spend a lot of time going over and over each section before moving on, and this meant it took much longer to get to the end of the story.
Where did you grow up, and how did this influence your writing?
I grew up in a former mining town called Bedlington. One of my childhood memories is of the old NCB (National Coal Board) houses near where we lived. When the street was knocked down I remember thinking I should have taken a photo of it. The area eventually became a new housing estate but in the meantime, me and my mates used to play around the old pit buildings, workshops and shunting yard directly behind where the miner's houses had been. This geographical area was a key element in my first children's novel 'The Devil's Porridge Gang'.
Smashwords Interviews are created by the profiled author or publisher. 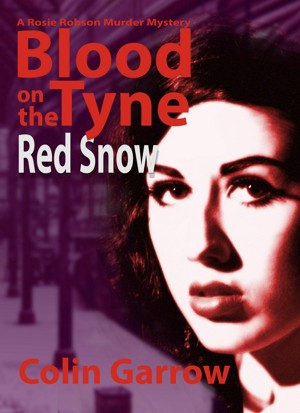 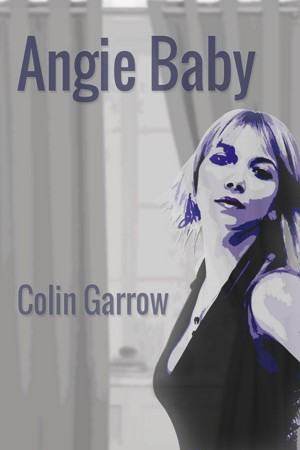 Shopworker Angie notices something different about her husband... 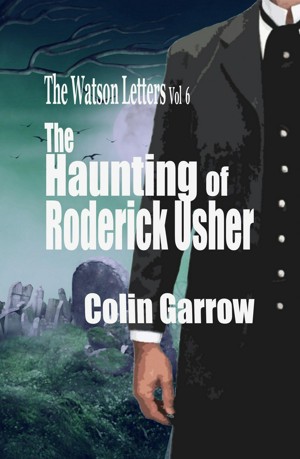 The Watson Letters Volume 6: The Haunting of Roderick Usher by Colin Garrow
Series: The Watson Letters. Price: $4.99 USD. Words: 51,440. Language: English. Published: March 2, 2022. Categories: Fiction » Humor & comedy » Black comedy, Fiction » Adventure » General
An invitation. A ghostly spectre. A criminal mastermind. When Holmes and Watson are invited to visit an old friend of the pipe-smoking detective, they are plunged into the first of three adventures involving the Dark Arts and the supernatural. 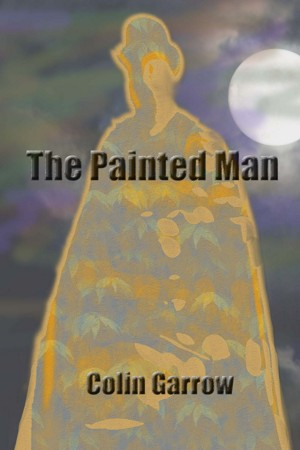 The Painted Man by Colin Garrow
Price: Free! Words: 5,670. Language: English. Published: November 20, 2021. Categories: Fiction » Horror » Ghost
When recently bereaved Julia and her young daughter move into a new house, the little girl talks about seeing a man outside. Later, finding drawings depicting this same man, Julia assumes the drawings must have already been in the house. But then the images start to appear elsewhere… 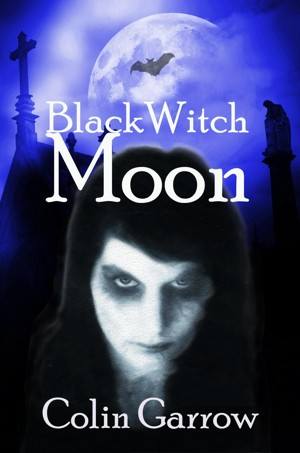 Black Witch Moon by Colin Garrow
Price: $3.99 USD. Words: 30,780. Language: English. Published: May 1, 2021. Categories: Fiction » Horror » Occult
Tyburn, 1625. A young woman hanged as a witch. A doctor plagued by nightmares. Wracked by guilt, Robert Winter struggles with the notion that a witch may have been wrongly accused. But if that is so, what can he do about it? 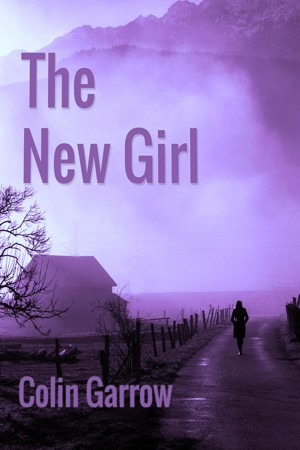 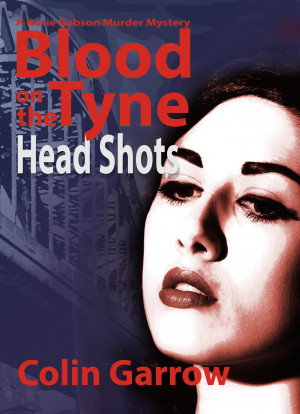 Blood on the Tyne: Head Shots by Colin Garrow
Series: Blood on the Tyne, Book 2. Price: $4.99 USD. Words: 46,390. Language: English. Published: November 22, 2020. Categories: Fiction » Mystery & detective » Amateur sleuth, Fiction » Historical » General
When someone starts killing fashion models, Rosie Robson finds herself in the firing line. Newcastle, 1955. When a young model is murdered, the woman’s bereaved family ask singer and amateur sleuth Rosie Robson to investigate. But before she can check out the agency where the woman worked, the killer strikes again. 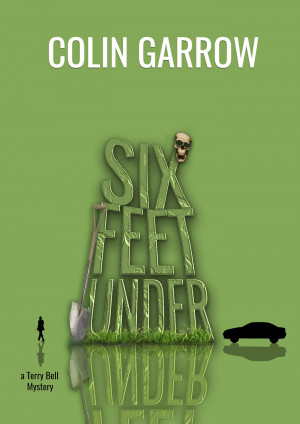 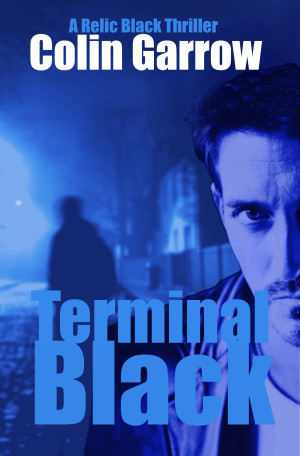 Terminal Black by Colin Garrow
Price: $3.99 USD. Words: 55,170. Language: English. Published: June 30, 2020. Categories: Fiction » Thriller & suspense » Crime thriller
Relic Black takes things that don’t belong to him—credit cards, golf clubs, toothbrushes. But when a hitman mistakes him for someone else, Relic lands himself in a difficult situation. With a dead man on his hands and a guilty conscience, he sets off to save the life of the man whose identity he has stolen. And that’s when the real trouble starts… 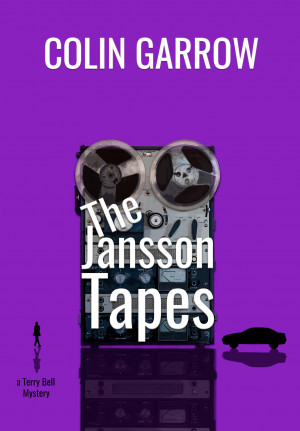 The Jansson Tapes by Colin Garrow
Series: The Terry Bell Mysteries. Price: $4.99 USD. Words: 46,920. Language: English. Published: May 11, 2020. Categories: Fiction » Mystery & detective » Amateur sleuth
When a familiar leggy blonde slides onto the back seat of his cab with the offer of work, taxi-driver and amateur sleuth Terry Bell isn’t keen. However, compared to the tedium of driving a cab all day, the lure of another mystery is too strong to resist, and Terry agrees to help.
View their profile to see all of their books