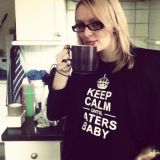 Published 2013-11-16.
When did you first start writing?
I started dabbling as a teenager but never really took it seriously until June 2012 after I read 'the book' I won't name here (that Grey book that caused such a ruckus). It really made me realise that anyone can write a book and self-publish, so why shouldn't I. I literally haven't stopped since.
What is your writing process?
It's kind of muddled. I'll get an idea and dream up an excerpt which I'll have to write down so I don't forget it. Sometimes I'll write a list of key events and try to place them in a chapter but that rarely goes to plan. Most often, I just go with the flow and write as it comes. I rarely write a book in the right order.
How do you approach cover design?
I usually have a pretty set idea of how I want it to look when I think of the title, so it's really just a matter of taking to eBay to buy the cheap props and making them happen. They often go through several stages of photoshopping before I'm happy with the end project, as I like them to be relative but have my personal gritty touch to them.
What's the story behind your latest book?
In Utero is the male perspective of I'm With The Band, though the two sides of the story are very different. While IWTB was the story of a young woman coming to terms with a childhood of abuse and terrible loss, IU is very much a case of a man who's had a reasonably comfortable life with a few awkward hiccups learning how others can become very much broken after a harsh run in with reality. CJ is initially very naive and a chronic dreamer - his upbringing has a lot to do with that. As much as he complains, he's had a very stable, grounded life, which is completely thrown up in arms by falling for a messed up girl. IU chronicles his growth into a well rounded, if a little jaded realist, as much as their relationship.
What are you working on next?
Right now, I'm working on finishing up the Blazed Trilogy. I'll bat between that and Meet Me Halfway #4, and then probably rewrite and release the first book I ever wrote, Living In Virtu. My project list is huge and I have several books I started a while ago which got pushed to the back burner. It's just a matter of prioritising, but I'm going to be busy for a while!
Describe your desk
Messy! My son broke the screen on my laptop so I have it and my old desktop monitor cramped onto a tiny computer stand. It's also usually covered in snacks and coffee...
What do you read for pleasure?
I love reading romance, keeping it in my own genre and all. I find it very interesting how an identical plot line can be invented in so many ways.
When you're not writing, how do you spend your time?
I'm a single mother to two gorgeous yet exhausting children. My son is autistic, so he often forces breaks in any writing I do. As they're getting older and more demanding, I'm finding less time for writing as I just can't concentrate, so I'll edit, create artwork and dream up new ideas which I'll tell them but neither react to. Beyond the kids and writing, you'll find me out with friends *talking* about my kids and writing, or rocking out at gigs.
What do your fans mean to you?
My fans mean everything. Without them, I'm writing to nobody. Self-publishing means I have no marketing team; I rely on my fans to spread the word about my books. It's also extremely humbling to get messages from them with compliments or requests for more. Without suggestions from them, All My Demons and In Utero in particular never would have come to fruition.
What is your e-reading device of choice?
I was vehemently pro-Kindle until I bought my iPad, now I use the Kindle app on there. I love it because I can use it as a writing tool as well; it's very easy to upload my own works in progress to proofread them, and make highlights and notes. The accessibility is key for me.
Where did you grow up, and how did this influence your writing?
I grew up in the same town I live in now; a little backwater town in Shropshire, UK that nobody really enjoys living in. You tell people you live here and they tend to grimace, which is probably why I like to write about people who travel. I have a wanderlust like my heroines.
The town is very compact, everyone seems to know everyone, which means your dirty laundry always gets a public airing. Rumours are insidious and cruel, and all circles and cliques are full of frenemies. I've been surrounded by relentless gossips and those who like to stir up trouble for more than two decades. Confrontation and hearsay are something you have to learn to thrive on to survive.
Also, it's not the most affluent of areas. That's probably why I like my characters to have money!
Smashwords Interviews are created by the profiled author or publisher. 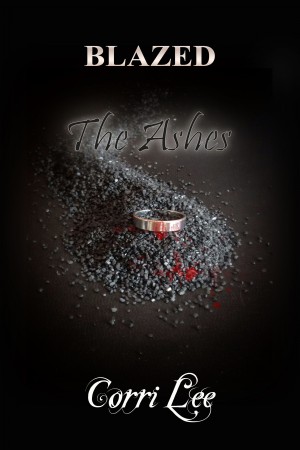 The third and final installment in Corri Lee's 'Blazed' trilogy. 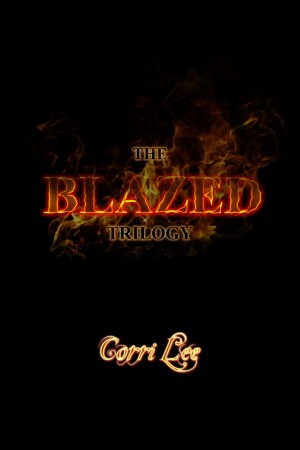 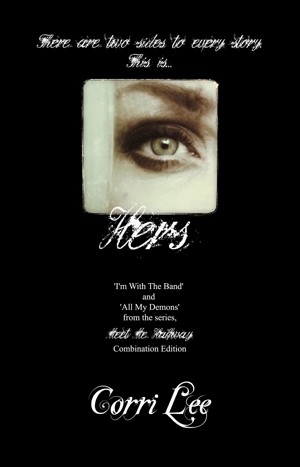 Books 1&2 of Corri Lee's 'Meet Me Halfway' series, 'I'm With The Band' and 'All My Demons' combination edition 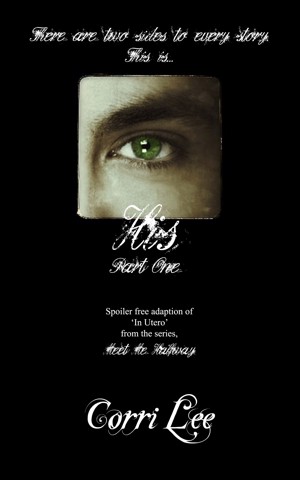 Die-hard romantic CJ Pearce is a man with a mission to mend a broken heart. It was the unmistakable but well masked pain in her songs that made him fall in love and he won't settle for anything less than a rockstar. The hope is that the girl he keeps seeing will lead him to his dream woman. He has no idea just how well faith will guide him. 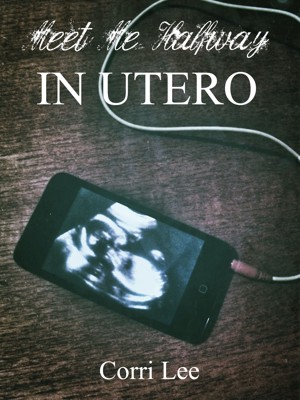 The story of Corri Lee's 'I'm With The Band' is retold from the male perspective, with a side-story between the two main characters running alongside. Exhausted Amelia asks CJ for his version of events as a bedtime story. Little does she know that his account is far different to hers. 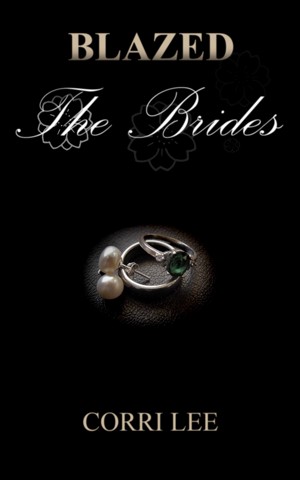 The fractious love story of Emmeline White and Blaze from 'Blazed' continues in 'The Brides', starting with a fresh start that really isn't all that fresh. After moving out of London, Emmeline works to build a new life in a new city only to end up falling back into old habits. Only a few old faces might be able to pull her out of it. 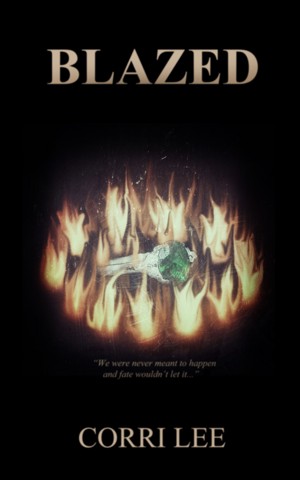 Routine-hungry Emmeline White wishes for change after battling against the enemy she finds in herself during her adolescence. The grim skeletons in her closet shape her behaviour and leave her feeling like a lesser person, unable to reach the high ideals set for her by family and friends. 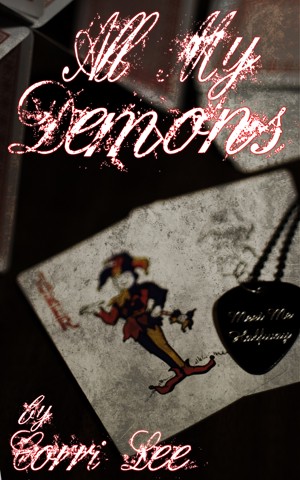 In this sequel to I'M WITH THE BAND, follow Amelia Marsh and CJ Pearce as they battle through the early months of parenthood and the unexpected problems that arise for our rockstar. See the return of old faces, older faces, and a few miracles thrown into the mix too. Guaranteed to surprise. Adult themes and strong language from the offset. 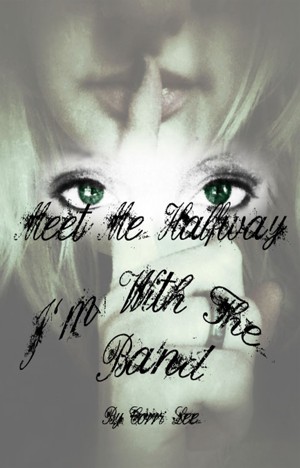 Amelia, the vixen front-man of The Bystander Effect, has her fair share of fears and secrets, and lives by a firm 'no boyfriends, no groupies' rule. Life is lived by four simple coping strategies before the beautifully aloof CJ arrives to drive her, and her tour bus along the arduous but wickedly sexy path of recovery. Her fame means nothing to her biggest fan, who doesn't even realise who she is.