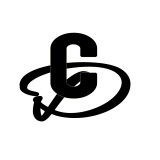 Published 2013-10-21.
How has Smashwords contributed to your success?
Smashwords encouraged me to write self published books. I found that I could write the books I wanted to, the books my readers expressed interest in without having to go through a publisher.
What is the greatest joy of writing for you?
I enjoy expressing myself in a way that will entertain my readers. Stories are meant to be shared. I enjoy writing but I want to write something that my readers will enjoy reading.
What do your fans mean to you?
I love my readers. Sharing what you write is everything. Many of my readers post on my FB and blog. I love to hear from them and they are the nicest people. Updating them on my latest projects helps keep the excitement going and inspires me to keep writing.
What are you working on next?
I have several projects going at any given time. At the end of November, I hope to publish Keepers of the Land II, A Council Alpha. It will be Damon and Marissa's story. It will bring in other elements since Marissa is not just a white wolf.
Who are your favorite authors?
One of my favorite paranormal romance authors is Nicky Charles. I found her on Smashwords when I was publishing my first book on the site. Her book was an example of a properly formatted book. I was looking over the formatting, but started reading it. Paranormal romances were not something I read before that. Who knew they could be so interesting?
How do you approach cover design?
I use a whole lot of luck. My first two Planet Amazon covers were designed professionally and Evry Night"s was done by my friend Janet MacDonald who is also a wonderful paranormal romance writer. The other ones I designed myself using clip art and some of them, I used copy safe which is a website that helps you do covers.
What do you read for pleasure?
I have a broad range of books I read but right now, paranormal romances and sci fi top my list.
What is your e-reading device of choice?
I read most of my books on Kindle, but I use Epub sometimes.
Where did you grow up, and how did this influence your writing?
My family lived back east until I was ten, mostly in the Maryland and Virginia area. We moved to Arkansas where we lived on a farm until I was grown. Since then I have lived in AR, MO, and OK. I like to use those areas in settings for my books at least partially.
What inspired you to be a writer?
I think storytelling ran in my family. My father could always tell an exciting story and often did. Unfortunately for us kids, they were often about us. When we were older, we worked at the same place that my dad did. It was the major employer for the area. I remember walking into the break room one night and everyone was was laughing, Everyone looked up at me and tried not to laugh. I found out later, Dad was telling the story of my first attempt to drive on ice. He was adding a great deal of embellishment of course. People laughed at me for weeks. It was very embarrassing for me, but entertaining for everyone else. I survived and learned from his ability to hold everyone on the edge of their seats.
Smashwords Interviews are created by the profiled author or publisher. 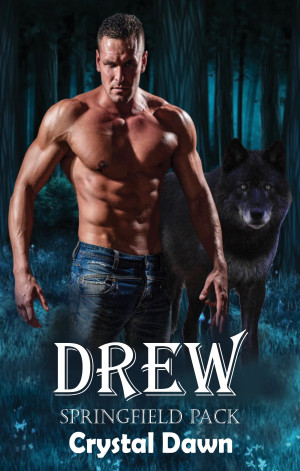 Drew by Crystal Dawn
Price: $2.99 USD. Words: 52,990. Language: American English. Published: October 28, 2022. Categories: Fiction » Fantasy » Paranormal, Fiction » Romance » Paranormal » Shifters
The white wolf's youngest son becomes alpha of The Springfield Pack and calls in his cousins to help fix the mess the pack has become. Drew comes to help but finds Mortie, the former alpha's daughter draws him in. Will he fight the draw or fall to love? 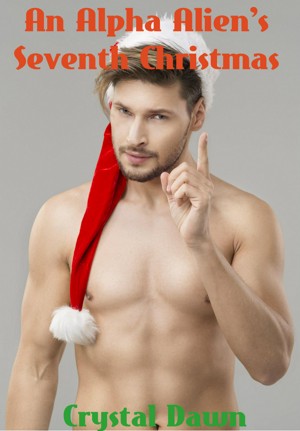 Renna wasn’t sure if what she was doing was right. The Smith family had gone through three females all humans. John Smith said it was because they didn’t want to work this hard. John was handsome and he was a big well-muscled male. Not unlike a Majuri. She would give them a chance and see what developed. 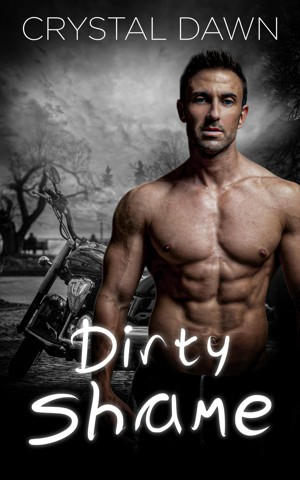 Dirty Shame by Crystal Dawn
Price: $2.99 USD. Words: 46,980. Language: American English. Published: September 29, 2022. Categories: Fiction » Fantasy » Paranormal, Fiction » Romance » Paranormal » Shifters
Cade wanted her and it was a shame for her that she needed him, but he was willing to use it if he had to. Eventually, she would see he was the one for her. Until then, he would do whatever he had to and keep her with him. 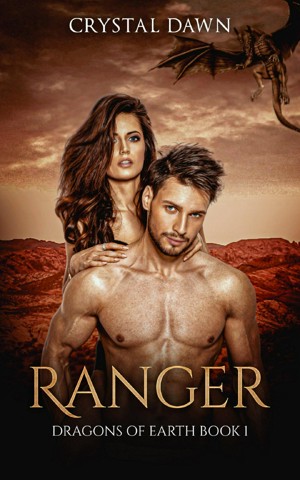 Ranger by Crystal Dawn
Price: $2.99 USD. Words: 46,840. Language: American English. Published: August 2, 2022. Categories: Fiction » Romance » Sci-fi, Fiction » Romance » Paranormal » Shifters
Ranger was now a king. Once he hit the rank of general on his home planet, he had known eventually he would be. But at that time, he had thought he would be a king at home. That just shows that life can change directions easily. He'd found his fated mate and had no intention of leaving her behind and he knew at this point she was not ready to leave here so he would stay as well. She would be his. 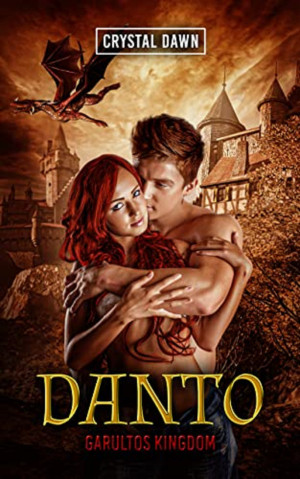 Danto by Crystal Dawn
Price: $0.99 USD. Words: 21,620. Language: American English. Published: July 15, 2022. Categories: Fiction » Fantasy » Paranormal, Fiction » Romance » Paranormal » Shifters
He felt an unusual attraction to her that might someday be something. Why did he hesitate? She didn't seem mature enough for a relationship. Nancy was beautiful, but she got so excited about everything. Even the thought of war excited her, and everyone knew that wasn't good. Maybe he would wait and claim her later? 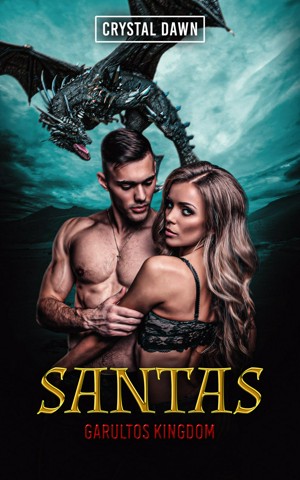 Santas by Crystal Dawn
Price: $0.99 USD. Words: 21,180. Language: American English. Published: July 6, 2022. Categories: Fiction » Fantasy » Paranormal, Fiction » Romance » Paranormal » Shifters
Alice liked him, she really did, but she was concentrating on her career. Dori had hired her here to be in charge of the castle and it was a daunting job. At least the cafeteria was in Maria’s hands. Until she had everything under control, she didn’t intend to date at all. 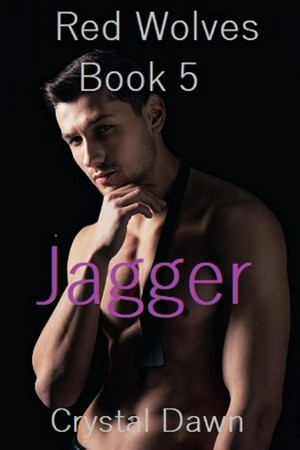 Jagger by Crystal Dawn
Price: $2.99 USD. Words: 47,250. Language: American English. Published: June 26, 2022. Categories: Fiction » Romance » Fantasy, Fiction » Romance » Paranormal » Shifters
A warden on a mission goes to North Arkansas to investigate the death of a red wolf. He meets several others and one of them he finds enchanting even if she is a witch. 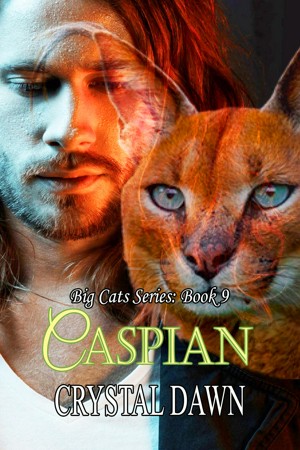 Caspian by Crystal Dawn
Price: $2.99 USD. Words: 48,400. Language: American English. Published: June 1, 2022. Categories: Fiction » Fantasy » Paranormal, Fiction » Romance » Paranormal » Shifters
He was taking charge of the wild cats and it sounded more exciting than it would be. It wouldn’t be easy, but he felt the need to step up and give to his people. A mate would help, but he needed a wild cat, one of the varieties he’d be leading, at his side. Too bad this Cat of the human variety caught his interest. A little fun with her and he’d work it out of his blood. 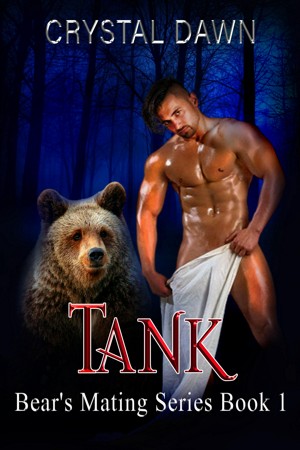 Tank by Crystal Dawn
Price: $0.99 USD. Words: 20,350. Language: American English. Published: May 18, 2022. Categories: Fiction » Fantasy » Paranormal, Fiction » Romance » Paranormal » Shifters
Tank was well known to white wolves as an ally and a protector. When he met Missy, his feelings were protective in the way a bear had for a mate. Missy was confused. Tank was an amazing hunk, but she wasn't sure she wanted to mate. He'd rented a room off her at her house. It had been a lucky thing since she'd been targeted by wolves wanting a white wolf mate. 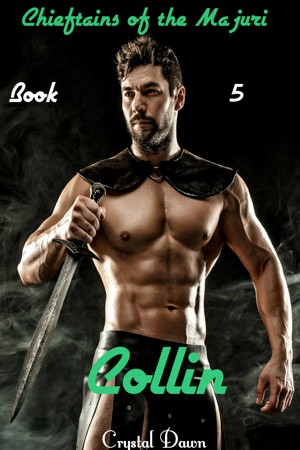 Collin by Crystal Dawn
Price: $2.99 USD. Words: 45,300. Language: American English. Published: May 7, 2022. Categories: Fiction » Romance » Sci-fi
Collin was Radvar’s third, and he had called dibs on Jules when they had first met. Unfortunately, no one, not even her, seemed to care. He’d all but given up when Radvar had decided to send them to Mars colony with a small team. This would be his last chance to show her they belonged together.
View their profile to see all of their books