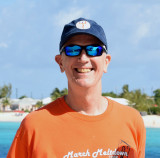 Published 2018-03-11.
Do you remember the first story you ever wrote?
If I go back to a little kid under ten years of age, I wrote a horror story. It was a horror story to a ten year old, anyway. It was two pages handwritten. My target audience, my Mother, who enjoyed it immensely if I remember. The only thing I remember about the story is it was based in a graveyard.
What is your writing process?
It has changed over the years. The first full novel I completed, Eclipse of the Triple Moons, the process involved seeing a photograph from inside a tunnel taken at Glacier National Park. When I looked at the stones along the wall outside the tunnel, I could make out faces. I decided on creating a fantasy story about a boy searching for the mountain king. But, that was just a germ of an idea. I then researched people, customs, cultures, and how to write a novel. Then I placed in my mind the three act structure and outlined the beginning few chapters and how I envisioned the ending. From there I would write a few chapters and then outline the next six to ten chapters and write them to come to an exciting climax nine months later.

The second book I outlined immediately after finishing book one. But, since I made major re-work on book one, I had to go back and re-outline book two before beginning to write.
Do you remember the first story you ever read, and the impact it had on you?
The first one that made a huge impact was Lord of the Rings when I was a sophomore in High School. I remember having to wait for a teacher to finish reading it before I could check it out of the school library. From that moment on, I knew I loved the fantasy genre.
How do you approach cover design?
This is a tough question, because I'm going through the process right now. Since I'm self-published I try to keep my expenses low. I try to think of a cover that shows one or more characters from the novel and a background supporting the story. Book one I created by purchasing three photos from Shutterstock and then using the photoshop tool Gimp to manipulate the image into an image my wife approved. She has an eye for art and was invaluable in making sure I had a quality finished product. I would prefer to hire someone to create my covers because the process takes a long time to manipulate individual pixels to create a clean cover and I know most people are better at that process than me.
What are your five favorite books, and why?
My favorite book is the Eye of the World, book one of The Wheel of Time Series, by Robert Jordan. It is rich in detail and the characters he created ring true to young boys coming of age and finding out they're different with amazing capabilities.

After that it gets a little fuzzy. I read a lot of books and these days there are few that have moved me like that one has. I still remember a book by James Blish called Cities in Flight. It was a sci-fi book that gave me a look into the political nature of cities and opened my eyes to real world problems. I don't know if I would still enjoy it today.

Lee Child's book, The Affair, that I first heard as a book on tape and was so good I bought a copy and read it. I love that book because the words he uses are like poetry. There is a hotel scene with a man and woman and a train coming down the tracks that is the greatest writing ever.

Misery by Stephen King was so good that it keeps me from reading some of his other books. I was right there on the bed with the captured writer writhing in pain and afraid for my life. The emotion he draws out of his characters is worth studying.

I enjoyed the Harry Potter series, the first book better than the others. But I enjoyed it because the book flows from one pain point to a potential solution in a logical fashion.
What do you read for pleasure?
I read a lot of books by a mix of authors. I read Clive Cussler, Janet Evanovich, Lee Child, Sue Grafton, James Patterson, and a host of books about writing. Yes, I read those for pleasure, but I learn a lot from them. My favorite writing author is James Scott Bell, Randy Ingermanson, and KM Weiland. I pick up a lot of eBooks advertised here on Smashwords and other forums in the free to $3.99 range in the sci-fi, mystery and fantasy genres.
What is your e-reading device of choice?
I use the outdated Kindle. I have a Kindle Fire, but I love the old Kindle best of all.
When did you first start writing?
When I was in my forties, I started a couple of mystery books, but didn't finish them because job responsibilities would get in the way. I kept reading about writing though so at age fifty-nine when a project caught my fancy, I was ready to hit the ground running.

I would find in my different jobs that I took on responsibilities that required writing. Sometimes sales documents, but mostly training and methodology documents. I enjoyed the task and my bosses always thought I excelled at the task.
What's the story behind your latest book?
A high school junior, Erik Anderson, finds out a friend has been kidnapped. He leads two classmates through a cave that becomes a portal to another planet. Their friend, Lily, is due to be sacrificed to the volcano god, Velidred, during the eclipse of the triple moons. Can they learn magic, keep from getting eaten by hungry creatures and survive encounters with Kestrel and Zita in time to save Lily? Will the Staff of Ishwa help them or hinder them in their quest?
What is the greatest joy of writing for you?
Creating new worlds, new characters and finding how many ways I can disrupt my characters' lives. I hope my readers enjoy the stories I create as much as I enjoy creating them.
Smashwords Interviews are created by the profiled author or publisher. 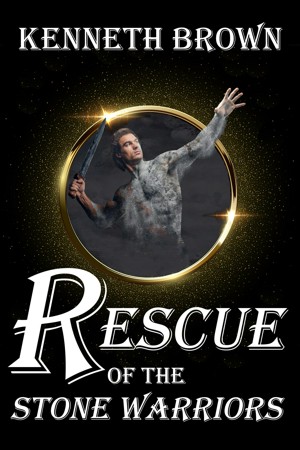 Rescue of the Stone Warriors by Kenneth Brown
Series: The Mountain King. Price: $4.99 USD. Words: 107,040. Language: English. Published: January 23, 2023. Categories: Fiction » Young adult or teen » Fantasy, Fiction » Fantasy » Epic
In a world of magic and mystery, two powerful wizards set out on a quest to rescue a group of stone warriors who have been captured in stone by a tyrannical wizard king. Armed with magical powers and aided by ancient manuscripts, the wizards embark on a dangerous journey through the Phantasmal Moors, facing onerous foes to find answers which have eluded the mighty. Exciting Fast Paced YA Fantasy.

Zita's Revenge by Kenneth Brown
Series: The Mountain King. Price: $4.99 USD. Words: 114,330. Language: American English. Published: January 14, 2021. Categories: Fiction » Fantasy » Epic, Fiction » Young adult or teen » Adventure
High school junior, Erik Anderson, and his friend Alpherge, find themselves stranded on the distant planet of Aloheno, desperate to find a way home. They soon discover that the only way off the planet is to rescue the stone warriors, ancient guardians who have been imprisoned by the malevolent tyrant Haskell, the Mountain King. The boys must find the legendary golden crown, a powerful artifact! 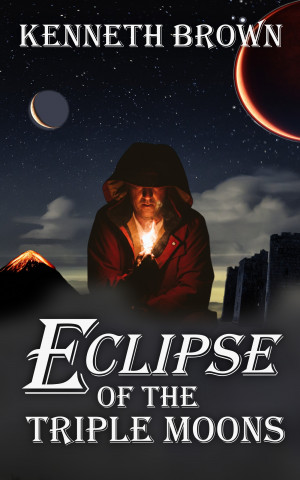 Eclipse of the Triple Moons by Kenneth Brown
Series: The Mountain King. Price: $3.99 USD. Words: 96,390. Language: English. Published: June 2, 2018. Categories: Fiction » Fantasy » Epic, Fiction » Adventure » Action
THEY WERE JUST PLAYING A GAME Four teenagers playing a real life fantasy game in a Montana mountain cave find a portal to another world. Alpherge, Sherry, Lily, and Erik step through the shimmering portal, and find themselves in a strange world with three moons hanging low in the sky. As they explore this new world, they come across an ancient and powerful magical staff!