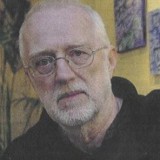 Published 2016-11-08.
What is your writing process?
I spend the best part of a year just jotting ideas down in a computer file, in any old order. Meanwhile, I'm thinking probably 50% of the time about plot and characters and gradually things are taking shape in my mind. In the autumn I go away for a month or so, deliberately going somewhere with no TV, telephone or internet, and write solidly, all day every day. Once I get started I work very fast - "The Black Joke" took five weeks on a freighter to South America and back, "The Bernadette" took four weeks in a remote cottage on the Scottish coast (very cold and windy) while "Rio Sagrado" took only three weeks in the same cottage. I am lucky that I tend to get it right first time, and don't have to do much editing and definitely no re-writes. Proof-reading is a pain, though, and there are always little errors that slip through however hard you try and however many people are helping you.
Describe your desk
Very cluttered, with two laptops and a desktop computer and several piles of papers and letters and the odd book, usually lying open and face down. However, I do tend to remember where everything is. I write myself a lot of post-it notes, and then forget to look at them.
Where did you grow up, and how did this influence your writing?
In the East End of London, Walthamstow to be exact. It's not within sound of Bow Bells so I can't claim to be a true cockney. Influence my writing? I don't think it did, at all, except that Walthamstow used to have a brilliant public library. I used my own tickets, my mother's and my father's, and would have fifteen or twenty books out at a time. I read them all, too! Sadly the library burned down in later years.
Who are your favorite authors?
Patrick O'Brian's naval stories are endlessly fascinating and can be read and re-read many times, I find. Henry Williamson ("Flax of Dream", "Chronicle of Ancient Sunlight") was, reading between the lines, a slightly unpleasant and politically deluded person, but as an observer and chronicler of life in the first half of the 20th Century he had no rival.

A recent discovery is Frances Hardinge, whose children's books are complex, intelligent and almost unbearably vivid. If you don't know them, try "Cuckoo Song" first, and read it slowly; it's not the plot that's important (though it's perfectly gripping) but the way she paints the picture in such a few words.

But the author who has influenced both my thinking and my writing the most is an odd choice. It's not common knowledge that the famous English poet John Masefield wrote quite a few novels. They are seldom read these days, and may not have been very popular in his lifetime - many of them never got a second edition. His approach to plotting is haphazard, and you occasionally get the impression that he writes until he thinks the book is long enough, and then just stops whether the story is finished or not.

But his prose ... his prose! He writes elegant, spare, almost naïve prose that depicts vivid scenes, charms the imagination and stirs the heart. The end of "The Bird of Dawning" is the only piece of writing that will bring a tear to my eye and a lump to my throat every time I read it, and really all it is describing is a cargo ship sailing up the English Channel!
When you're not writing, how do you spend your time?
Getting my hands very dirty indeed. I am part-owner of a seventy-year-old steam locomotive which we have been rebuilding for the last five years. We hope it will be hauling trains of delighted passengers in a year or so.
Do you remember the first story you ever wrote?
Yes, it was called "The Canals on Santa Claus", it was a short sci-fi story and it was published in the American magazine "IF! Worlds of Science Fiction" in the late 1960s.
What is the greatest joy of writing for you?
The process. Not the planning, which I dislike. Especially not the marketing, which is indescribably tedious. I couldn't care less how many books I sell. What I really love is the actual process of writing the thing - it just seems to spill out onto the keyboard all by itself, especially the conversations.

And I am, in general, writing the kind of books that I would like to read, or the kind of books I would have liked to read when I was younger. Provided I leave a gap of several weeks, I can go back and read my own books with considerable pleasure. I find that a bit weird.
Smashwords Interviews are created by the profiled author or publisher. 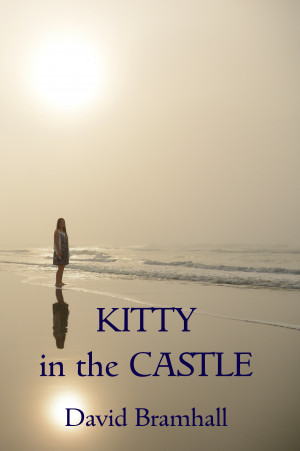 Kitty in the Castle by David Bramhall
Price: $2.99 USD. Words: 98,280. Language: British English. Published: October 31, 2019. Categories: Fiction » Children’s books » Action & Adventure / Survival Stories, Fiction » Holiday » Adventure
A sequel to "Kitty in the Winter Wild". Kitty Younger is twelve years old, with a combative and obstinate nature and a lively imagination. Her holiday at mysterious Castle Crayle doesn't go according to plan, and she soon finds herself in difficulties. "Kitty in the Castle" will be enjoyed by children from eleven or so, and by adults who have retained their sense of fun and adventure 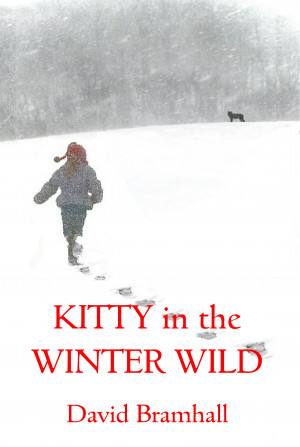 Kitty in the Winter Wild by David Bramhall
Price: $3.00 USD. Words: 127,020. Language: English. Published: December 2, 2018. Categories: Fiction » Children’s books » Action & Adventure / Survival Stories
The author of 'The Black Joke' and 'The Honeyplot' brings us another vivid adventure with a plot far-fetched but at the same time perfectly believable, and a heroine who is vulnerable, determined and really quite irritating. Suitable for children of eleven years and upwards, but will also appeal to adults who have not lost their sense of adventure and imagination. 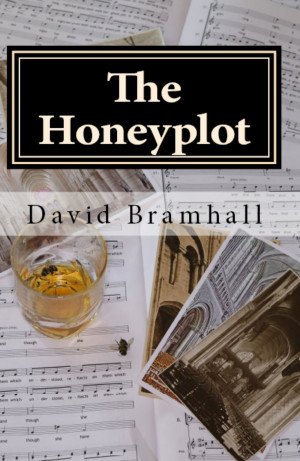 The Honeyplot by David Bramhall
Price: $2.00 USD. Words: 97,530. Language: English. Published: December 4, 2017. Categories: Fiction » Mystery & detective » Amateur sleuth
When Roland Bagwich joins the choir at the remote St.Erwald's Abbey, little does he know that within days he will be accused of murdering his friend. But he finds hidden resources of bravery and persistence which enable him to solve the murder, thwart a deadly robbery, and find love in an unexpected place. A book that will be enjoyed by older children and adults alike. 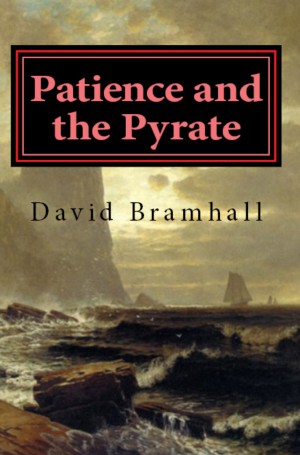 Patience and the Pyrate by David Bramhall
Series: The Greatest Cape. Price: $2.99 USD. Words: 108,290. Language: English. Published: November 8, 2016. Categories: Fiction » Children’s books » Action & Adventure / Pirates
The fifth and final volume of the Greatest Cape saga - exciting, amusing, charming, alarming, winsome, violent and strange, a rollicking read for adults with a childish love of adventure, and for children who aren't afraid of a few long words. Patience and Silmonella mean well, but even their formidable charm can't keep them out of very serious trouble ... 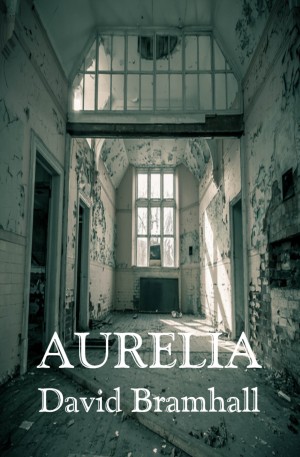 Aurelia - six ghost stories by David Bramhall
Price: $1.99 USD. Words: 28,200. Language: English. Published: December 24, 2015. Categories: Fiction » Anthologies » Short stories - single author
"Aurelia" - six ghost tales from the author of The Greatest Cape series of novels, told in limpid, elegant prose by a master story-teller. Be prepared - some will make you weep, one will alarm you, one might amuse you ... and one is absolutely true! 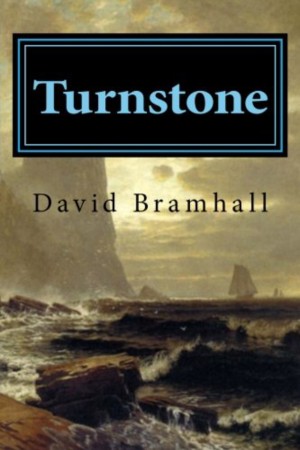 Turnstone by David Bramhall
Series: The Greatest Cape. Price: $2.99 USD. Words: 133,900. Language: English. Published: December 11, 2015. Categories: Fiction » Young adult or teen » Adventure
This fourth volume of The Greatest Cape continues the history of the strange little town by the sea. Pert and Rosella may have grown up and become respectable while Fenestra is enjoying a rather sad retirement among the jungle cannibals, but June and Bertronella are carrying on the family tradition of being thoroughly annoying and interfering in things that don't concern them. 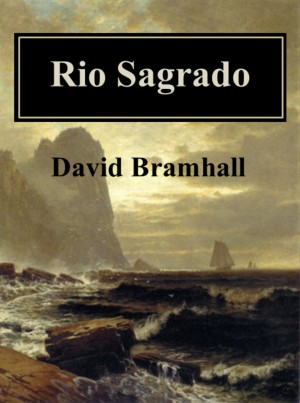 Rio Sagrado by David Bramhall
Series: The Greatest Cape. Price: $2.99 USD. Words: 127,270. Language: British English. Published: March 5, 2015. Categories: Fiction » Young adult or teen » Adventure
Third volume in the Greatest Cape trilogy and a sequel to The Black Joke and The Bernadette, Fenestra and her friends face the worst crime anyone can imagine, born of lust for gold and the lunacy of a familiar face. By turns exciting, amusing, alarming, charming, violent and strange - a rollicking read for adults with a childish love of adventure, and for children who don't mind a few long words. 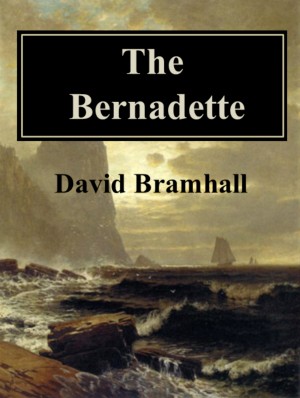 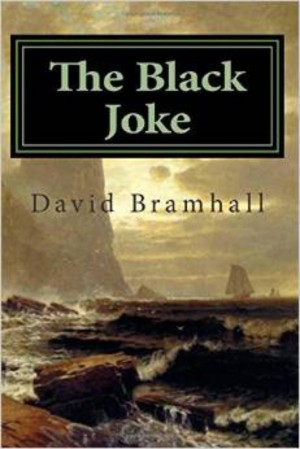 The Black Joke by David Bramhall
Series: The Greatest Cape. Price: Free! Words: 107,200. Language: English. Published: February 12, 2015. Categories: Fiction » Young adult or teen » Adventure
A cross between Treasure Island, The Railway Children and Deliverance, The Black Joke is by turns exciting, amusing, charming, alarming, winsome, violent and strange - a rollicking read for adults with a childish love of adventure, and for children who aren't afraid of a few long words.