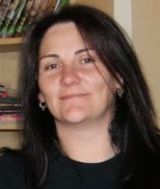 Published 2017-06-20.
Describe your desk
A pine kitchen table with my Kindle, iPad, phone and three receptacles of water (two of which belong to the cat). I am in the kitchen, so coffee's always (too) close by. I have an iMac and it's my best friend in the world.
What inspires you to get out of bed each day?
My job! As well as being an author, I edit and publish stories for other authors. It's the best job, ever!
What motivated you to become an indie author?
Freedom. I want to be able to tell the stories I want to tell, not necessarily because they'll sell, but because I think they need to be told.
Do you remember the first story you ever read, and the impact it had on you?
I remember getting my dad to read me The Haunted Mountain every night, and being terrified. I can vaguely remember reading most of Enid Blyton's catalogue, but the one book I remember very clearly of hers is The Folk of the Faraway Tree, which remains one of my favourites - I love the idea of having a massive tree with fantasy lands ever-changing and pulling up above it.

Other books that have had an impact on me: The Plague Dogs - read 2 pages and ditched it. Too traumatic! Similarly The Entity - scared the life out of me! And finally From Janie With Love, or something like that - a teen romance that inspired one of the characters in Hiding Behind The Couch.
Do you remember the first story you ever wrote?
Erm, no, but I do remember looking at creative essay titles we were given in English at school and thinking, "How can I twist this to suit my own creative agenda?"

I don't think my English teacher liked that much. In fact, he bet money on me failing. I passed. He still hasn't paid up.
What is your writing process?
Let the characters take control and just go with it. I've tried planning thoroughly in advance and I get bored, so I write and plan in my mind that I need to get to a pivotal plot point, but I'm happy to go off on a whim and see what happens. However, I do end up with very odd things happening that I didn't predict. In fact, I've just discovered something about one of my characters that I never knew! Not bad for book 5, huh?
Where did you grow up, and how did this influence your writing?
I grew up in Southport, on the North-West coast of the UK, renowned for its long Victorian shopping street (Lord Street) and miles of beach with rare sightings of the sea. It also has sinking sand aplenty, a mile-long pier and the remnants of a seaside resort of the past.

Marc Almond (Soft Cell) is from Southport, which is where the influence for Champagne came from, but otherwise I'd say it plays very little part in my writing these days, other than that the setting of the Hiding Behind The Couch series is geographically a combination of Southport and the surrounding towns in Lancashire (Ormskirk, predominantly).
What is your e-reading device of choice?
Kindle Voyage - it's so clear and responsive and I can keep lots of books close by. I also use it to proofread (my own and other authors' work) and make notes on it. I take it everywhere with me.
What is the greatest joy of writing for you?
Having readers believe in my characters and tell me they experience emotions when reading. It means I'm doing it right!
What do your fans mean to you?
Everything. They give me a reason to write and I'm always happy to try and please them by trying to incorporate their requests in unusual ways!
Who are your favorite authors?
Tom Holt has been one of my favourite authors for a very long time. I love the mix of humour and fantasy that he writes, especially as he doesn't get carried away with ridiculous names, which I always struggle with when I'm reading. I like to be able to pronounce characters' names!

I also love the work of a lot of indie authors - too many to list, but I get to work with most of them via Beaten Track Publishing.

Oh, and Shakespeare.
What are you working on next?
I'm currently writing a novella titled 'To Be Sure', which features Saorla, who is Sean's mum (Hiding Behind The Couch). I've also got about five other stories I want to get working on. After 'To Be Sure', I'll be working on 'Tabula Rasa' (Gray Fisher #2) and then...I'll see where the creative winds take me! :)
Smashwords Interviews are created by the profiled author or publisher. 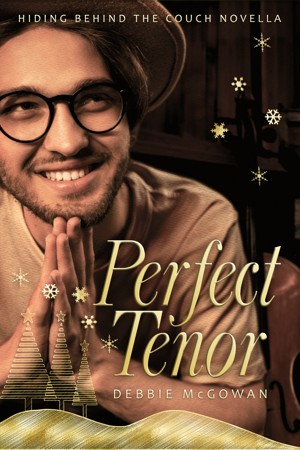 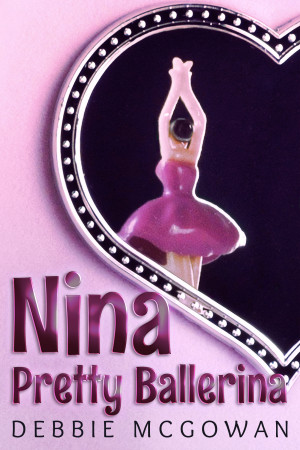 Nina, Pretty Ballerina by Debbie McGowan
Price: Free! Words: 1,400. Language: English. Published: March 18, 2020 by Beaten Track Publishing. Categories: Fiction » Fantasy » Short stories
I boinged her once. Several times. Daily. But that was before. Mostly. Before I fell in love. A short steampunk-ish, romantic-ish story - part of Play On... A FREE Valentine's Day collection of short stories, poetry and prose, inspired by the songs of ABBA. 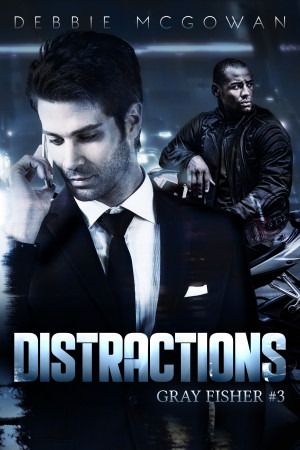 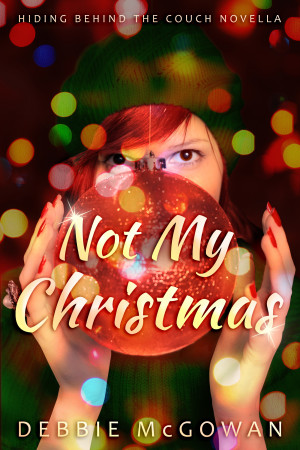 Not My Christmas by Debbie McGowan
Series: Hiding Behind The Couch. Price: $0.99 USD. Words: 18,820. Language: English. Published: December 25, 2019 by Beaten Track Publishing. Categories: Fiction » Romance » Contemporary, Fiction » Holiday » Christmas
Christmas at the Davenports has never been a relaxing affair, so when the opportunity for a little alone time with a beautiful, available woman comes Charlie Davenport’s way, she takes it, breaking several family traditions and risking the wrath of her siblings. But it’ll be worth it, right? And she can always make it up to them later…or next Christmas. 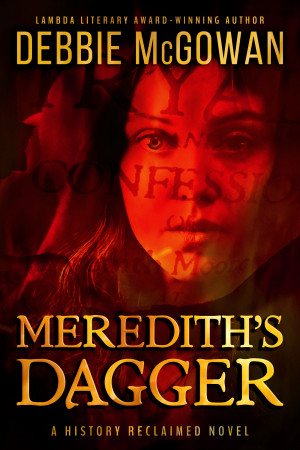 Meredith's Dagger by Debbie McGowan
Price: $0.99 USD. Words: 125,650. Language: English. Published: August 20, 2019 by Beaten Track Publishing. Categories: Fiction » Women's fiction » Feminist, Fiction » Thriller & suspense » Supernatural
She wished she had died that night. She wished she had died, for to live like this was not to live at all. * * * When Richie Moorcroft takes a housekeeping position to finance his studies, he moves back to his childhood home: an ancient, almost-derelict cottage locals claim is haunted. He never believed the stories, but he and his housemates are about to uncover the cottage’s sinister history. 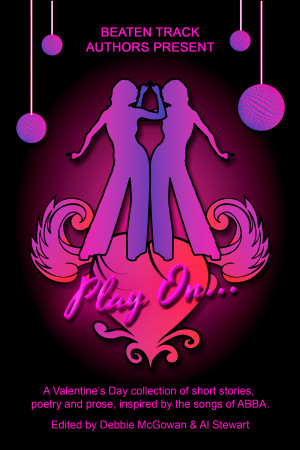 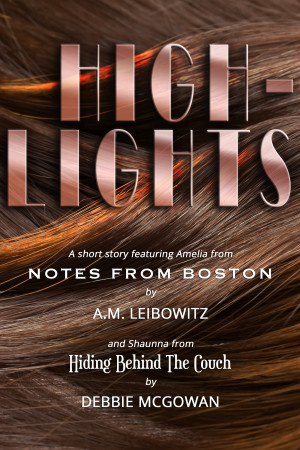 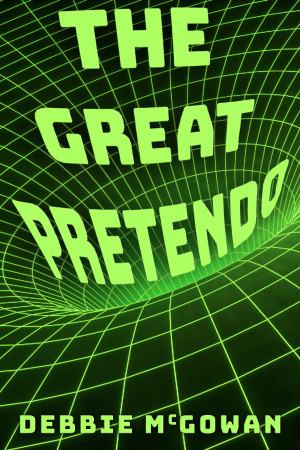 He’s a fast-talking, dishevelled inventor trapped in a world he never made. She’s a transdimensional renegade magician’s assistant trying to make a difference in a man’s world. Together, they fight crime! 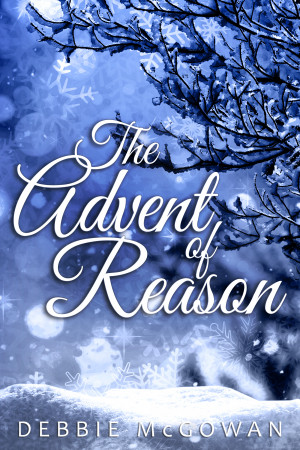 The Advent of Reason by Debbie McGowan
Price: $2.99 USD. Words: 47,520. Language: British English. Published: December 20, 2018 by Beaten Track Publishing. Categories: Fiction » Mystery & detective » Cozy, Fiction » Holiday » Christmas
A weekend in an ancient castle and a murder-mystery game that becomes all too real. It's safe to say Josh's plans for a romantic anniversary with George are not turning out how he'd hoped. In spite of his cynicism, and his promise not to embark on any more life-threatening pursuits for answers, when one of the guests turns up dead, Josh can't help but put his talents to use to solve the murder. 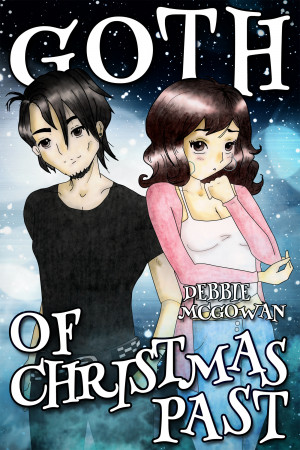 Goth of Christmas Past by Debbie McGowan
Series: Hiding Behind The Couch. Price: $0.99 USD. Words: 100,230. Language: British English. Published: October 31, 2018 by Beaten Track Publishing. Categories: Fiction » Literature » Literary, Fiction » Holiday » Christmas
Now in their mid-twenties, Krissi and Jay have been BFFs since high school. While one of them is moving forward with their life, the other is revisiting the past and wallowing in regret. Between career commitments, unresolved family matters and friends springing unwelcome surprises, they have more than enough drama to contend with…and it’s Christmas. Yay.
View their profile to see all of their books