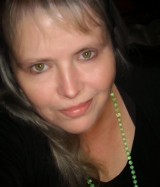 Published 2018-06-25.
What is the greatest joy of writing for you?
Creating characters and stories from my imagination. I've been writing for most of my life, but I still wonder where it all comes from. For me, nothing equals the satisfaction of writing a book from start to finish.
What are you working on next?
I'm collaborating on a fiction novel with hints of the paranormal with a colleague, which I can't say too much about at the moment.

I'm nearly finished with a traditional gothic fiction novel titled GLINHAVEN. The book is similar in style to classic paperbacks written by Dorothy Daniels, Marilyn Harris, Victoria Holt, Marilyn Ross and Phyllis Whitney. I'm also trying to finish BLOODLUST before the end of the year, which is book two in the BLOODLINE TRILOGY (by me writing as Deidre Dalton).

In addition, seven out of eight books in the COLLECTIVE OBSESSIONS SAGA (by me writing as Deidre Dalton) have been released in paperback edition by my publisher. Book eight, the final story in the saga, will be released sometime this summer.
Who are your favorite authors?
Evelyn Anthony, Maeve Binchy, Elizabeth Byrd, James Clavell, Dorothy Daniels, Ken Follett, Marilyn Harris, Susan Kay, Stephen King, Norah Lofts, Colleen McCullough, Marilyn Ross, Edward Rutherfurd, Bertrice Small, Barbara Taylor Bradford, Leon Uris, Alison Weir and Kathleen Woodiwiss.
What inspires you to get out of bed each day?
My dog asking to go outside, first and foremost. And then I'm right into the writing, with coffee nearby of course.
When you're not writing, how do you spend your time?
A lifelong Tudor and Irish history buff, I like to browse through the local paperback exchange. I read a lot. I also enjoy web design, needlepoint, growing my own herbs and experimenting in the kitchen on whim.
Do you remember the first story you ever wrote?
Many years ago, I wrote a story called LARKIN. It later became THE TWAIN SHALL MEET, now book three in the COLLECTIVE OBSESSIONS SAGA (by me writing as Deidre Dalton). The book holds a special place in my heart. It wasn't until I decided to expand the story into a family saga that the parts before and after THE TWAIN SHALL MEET were written. Basically all eight novels in the series were inspired by one.
What is your writing process?
I prefer peace and quiet, but sometimes I'll listen to music as well. I still like doing some of my writing by long-hand on a note pad, which I can do in front of the television, in bed or sitting at the kitchen table. I often get ideas while I'm driving down the road or shopping in a store. There are times when I can be inspired by seeing a complete stranger walk by – the more eccentric the better. Ideas and inspiration can be gleaned from just about anything: people, animals, cities, movies and other books. The creative supply is endless.
Describe your desk
Tidy and uncluttered, but with sticky notes all over my computer tower and wall.
What are your five favorite books, and why?
There are many favorite books I can read over and over – not in succession, but as the years pass. BLEDDING SORROW by Marilyn Harris is one of the best, and I also adore A WOMAN OF SUBSTANCE by Barbara Taylor Bradford. I appreciate Stephen King's sense of humor and enjoy most of his books. I re-read the LORD OF THE RINGS every five years or so, and I consider THE THORNBIRDS by Colleen McCullough to be an all-time classic.

However, if I had to pick one title it would be IMMORTAL QUEEN by Elizabeth Byrd. Written in 1952, this out-of-print novel about Mary Queen of Scots is expertly dramatized and rich in character study. Ms. Byrd's writing skills are unmatched in my mind, and I can only wish to be as brilliant as she.
What do you read for pleasure?
Cozy mysteries by Cleo Coyle (Coffeehouse Mysteries), Diane Mott Davidson (Goldy Schulz Culinary Mysteries) and Barbara Ross (Maine Clambake Mystery Series).
Out of all the different books you've written, how does CELTIC REMNANTS rank on your list of favorites?
Near the top, naturally. Books are sometimes like children. You can't very well favor one over the other without unduly prejudicing the reader.
Where did you get the idea for CELTIC REMNANTS?
Irish politics have always played a big part in my life. I might be American, but my interest in history and the conflict in Ireland was something which began when I was very young. One of my most beloved and positive role models was my uncle, Mike O'Toole. He was a wellspring of information about Ireland and the Irish, although his interest was more to the militant side. Thanks to him, I became fascinated not just with history in the sense of religious and political turmoil, but in the foundation of our family line.

To answer the question, my idea for CELTIC REMNANTS came from the notion of a well-heeled Englishman mingling with an Irish-Catholic girl of modest means. It just caught my imagination. The original premise for CELTIC REMNANTS began much differently, with the Englishman posing as a terrorist in order to reunite with his lost Irish love. That scenario didn't seem to work too well as the story progressed, so I changed the first few chapters of the book. Instead, the Englishman is looking for his lost love years later. However, by then, she is a hardened terrorist and wants nothing to do with him.
Why did you choose to make the central character - a woman - the terrorist in CELTIC REMNANTS, rather than portraying a man in the same position?
People assume only a man can feel so strongly about his political convictions that he resorts to terrorism to get his message across. Wrong. Women feel just as passionately about issues that matter to them, so why not put a female in charge of a militant group? Even from the start, I never considered putting a man as the focal character in CELTIC REMNANTS. It was always going to be about the woman, one way or another.
The main character in MIND SWEEPER – Beth Mills – is a battered woman who is frankly relieved her abusive husband was killed in a mining accident. Did you draw on her circumstances from personal experience?
I've been on the receiving end of emotional and verbal abuse before, as I'm sure most people have been at one time or another. It wasn't hard to equate the feelings of anger and resentment from verbal abuse into a fictional aspect, although all incidents in the book came from my imagination. Physical abuse is not something to be taken lightly. I tread very carefully when writing certain scenes for MIND SWEEPER.
Is TORN BITS & PIECES a one-off, or do you write poetry on a regular basis?
I've never thought of myself as a poet. I'm a fiction writer, first and foremost. I'm not one to follow guidelines very well, so the particulars and accepted standards of poetry never appealed to me. However, as a teenager I churned out quite a few poems. I shelved them for a number of years, being of the opinion that the collective verses were nothing more than the ramblings of an angst-ridden youth. My thoughts were very dark in those days.

I found the long-forgotten collection in 2010. All the poems were written in long-hand and located in an old dust-encrusted journal. I re-read a few of them and thought to myself: WHY NOT? Why not set them out for the whole world to see? I'm not ashamed of the work, but I certainly don't consider the poems to be polished or brilliant by any stretch of the imagination. They just happen to relate the inner turmoil I felt as a teenager. I guess writing poems was my way of dealing with typical growing pains.
Smashwords Interviews are created by the profiled author or publisher. 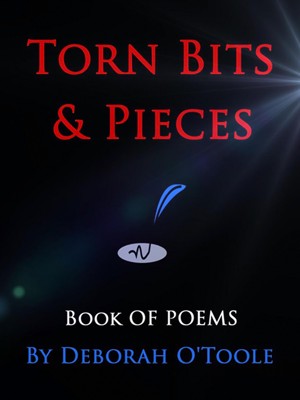