Published 2013-09-05.
How has Smashwords contributed to your success?
I'm pleased to have been able to offer additional discounted coupons for my readers convenience and to better interact with other authors.
What is the greatest joy of writing for you?
Once I have finished with the profiles of all my characters then the fun starts because I can better communicate with them as the story starts to unfold and develop.
What do your fans mean to you?
I would feel as if I was underground doing cave drawings to leave my mark in hopes another may pass that way in some distant future. But having a fan base means I can receive critiques of my various works and alternate viewpoints from my reading associates on a regular basis, up close and personal.
Who are your favorite authors?
I read everything and anything I can get my hands on. However, the most titles by a single author in my home library include Toni Morrison, Maya Angelou, James Baldwin, Ernest Hemingway, Edgar Allen Poe, and Richard Wright.
What inspires you to get out of bed each day?
New opportunities to improve on previous accomplishments gets me going full steam ahead.
When you're not writing, how do you spend your time?
I love traveling with family, board games, early morning walks around the duck pond, and playing the piano.
How do you discover the ebooks you read?
Because I'll read just about anything that passes my way, I find out about new releases from various authors and also listen to author readings and excerpts over the airwaves.
Do you remember the first story you ever wrote?
Yes, I wrote a script for a class project in fifth grade for five characters confronting a bully on the playground.
What is your writing process?
That's a tough one because I cringe at routine. I do, however, prefer to write in the early morn. And I also find that writing the first draft in long-hand works better for me.
Do you remember the first story you ever read, and the impact it had on you?
There was only one book that I can remember in the younger years. I truly loved (and still do) "The Little Engine that Could" and tend to base most of my works on building toward seeing my protagonist reach the top of that mountain, though huffing and puffing the whole, long way.
How do you approach cover design?
Cover art is the project that I don't give much consideration to until after completion of the first couple drafts.
Smashwords Interviews are created by the profiled author or publisher. 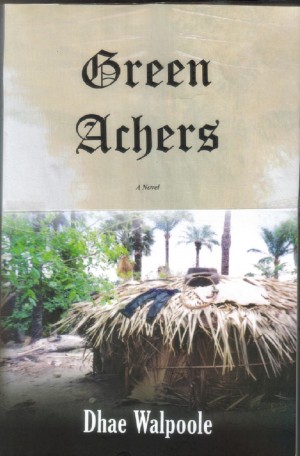 Green Achers by Dhae Walpoole
Price: $2.99 USD. Words: 56,440. Language: English. Published: September 20, 2014. Categories: Fiction » Plays & Screenplays » American
Evian reports indiscretions of her petroleum company and arrives home to find the petrol squad has made good on their threats by attempting to kidnap her daughter. The family still away in the midst of gunfire to Warren County Mississippi to find southern hospitality at its best, worst, and a few unexpected surprises along the way as they experience the travails of Green Achers. 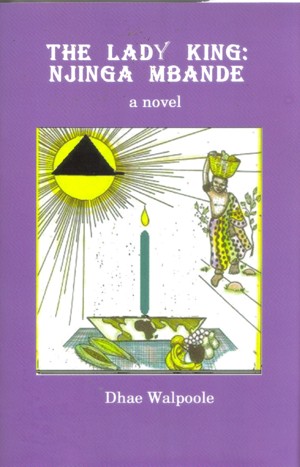 The Lady King:Njinga Mbande by Dhae Walpoole
Price: $3.69 USD. Words: 72,270. Language: English. Published: March 26, 2013. Categories: Fiction » Historical » Renaissance
We journey back to 17th century Africa, where Njinga Mbande, 81, is in a war that logic would suggest she can't win. The setting--17 December 1663--is Day of First Fruits and 5-years after signing the final revised treaty; requiring lost of her original homeland, The Ndongo kingdom, to the Portuguese. She is determined and remains undaunted by her enemy's apparent superior weaponry advantage. 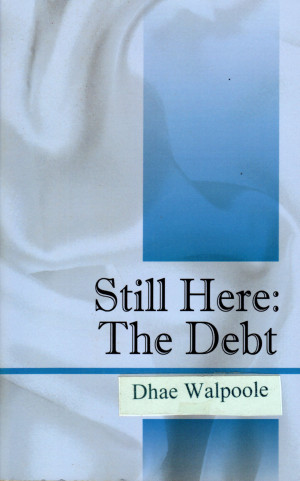 Still Here: The Debt by Dhae Walpoole
Price: $2.19 USD. Words: 44,530. Language: English. Published: May 23, 2012. Categories: Fiction » Romance » Suspense
Ever wonder why bad things happen to good people? This family of three generations does too: Sergio is recovering from the bottom falling out of his dot.com enterprise, his wife has just learned that she is slightly pregnant, daughter is chess champ, son wants a horse ranch not soccer, father is dealing with prostate concerns, mother has an incurable disease, and the dog has a grudge. 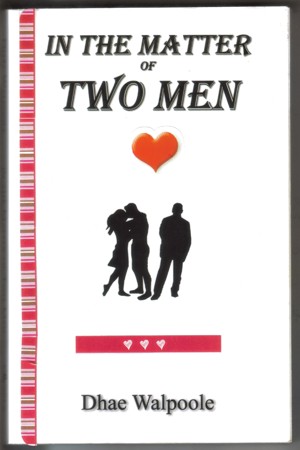 In the Matter of Two Men by Dhae Walpoole
Price: $2.99 USD. Words: 79,380. Language: English. Published: May 3, 2012. Categories: Fiction » Thriller & suspense » Crime thriller
The idyllic life of a newlywed mother-to-be gets turned topsy-turvy after a deathbed murder confession exposes the extremity of corruption that her parents participated in which deposited the boy of her dreams on death row. Now, eleven years later, the homecoming is far from being a celebratory event, especially for her husband—the boy's defense attorney.