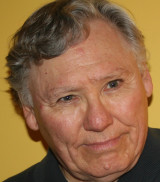 Published 2018-01-21.
What's the story behind your latest book?
I had the rare experience of being a draft-age American male in Viet Nam during the war ... and I got kicked out of the country. That was probably every draftee's wildest dream.

I really wanted to be there, however. I had made arrangements to study at the Buddhist University in Saigon, and when I got booted out, all my plans -- and a ton of work by a lot of people -- just trickled down the drain.

HOTEL CONSTELLATION: Notes from America's Secret War in Laos is the story of the next two years of my life as I stumbled on the secret war between the U.S. was waging in Laos, right next door to Viet Nam.
What motivated you to become an indie author?
A. Oh, I farmed it out to a bunch of agents, including one who had expressed an interest in it at a pitchfest I attended. No one “believed” in it enough to take it on. This was all before Ken Burns’ Viet Nam documentary came out. Then I thought, What the hell. Maybe you’ll sell a few copies beyond the family and friends and recoup the cost. If it does, it does; if it doesn’t, it doesn’t. It’s not that big an investment of cash.

It’s a good story, and one that Ken Burns didn’t touch one, this secret war in Laos and the U.S. government’s efforts to keep it secret.
What is the greatest joy of writing for you?
A. It’s certainly NOT the process of taking the manuscript through the publishing process.

I like the challenge of taking an idea from my head and crafting it into a story that a reader might enjoy. It’s forming the story. It’s translating it so the reader experiences the story the way I envisioned it. Does that make sense?
What do your fans mean to you?
So far, almost everything.
If I succeed in telling my story the way I envision it, then everything else is about the reader.
What are you working on next?
I was actually working on several fiction projects and a dozen short stories when I was compelled to finally finish this memoir. Now I’m revising several science fiction and fantasy books that I’ve finished.

I also keep playing around with a memoir of some of the colorful people and odd events in my life. The working title is “She Asked for Green Salad,” which refers to the first time my wife met my parents, particularly my mother. Most of these stories are humorous.

I have plenty of ideas, so I’ll keep busy.
Who are your favorite authors?
That is a list that could go on and on and on.
Alexandre Dumas, the younger; James Fenimore Cooper; Annie Proulx; Orson Scott Card; Neil Gaiman; Terry Pratchett. There are many, many more, but these are the people, if I see one of their works that I haven’t read, I will buy it, borrow it, pick it up and read it.
When you're not writing, how do you spend your time?
I’ll grab as much time with the grandkids, who live just a few minutes away. I garden, not well, but I try. And I find taking macro photos of flowers to be deeply relaxing. I volunteer at a food back, and, of course, enjoy the tolerance of my friends. It’s a pretty simple life.
Do you remember the first story you ever wrote?
Yes, because it wasn’t that long ago. I assume you mean fiction.

I was visiting my son’s in-laws at their cabin in upstate New York — this is about four years ago -- and I had this dream about an old woman discovered on an island without any visible means of support.

I tried to write a story that would explain why she was there; how she got there; how she was able to survive. The story evolved and changed, and I still haven’t finished a version that satisfies me. But that was the first.
What is your writing process?
Ah, the old planner vs. “pantser” question. Do I plan my books carefully or just write by the seat of my pants and let the characters take me where they need to go?

I start with a situation, try to develop the character who seems to be elemental to the situation and then I just see where the character wants to go. That can mean a lot of rewriting when I discover that my character would never do something I’ve made him or her do, but I muddle on to the end.

It’s not much of a process, but it’s what I’ve got.
Do you remember the first story you ever read, and the impact it had on you?
As a matter of fact, I do, if by that you mean the first story I was ever able to read on my own. It was a picture book — I was probably five or six at the time because I fell into reading pretty early — called Little Black Sambo by Helen Bannerman. As I recall, it was about a little boy in Africa who tricked a tiger into not eating him and somehow he made the tiger turn itself into butter. It was a pretty good action and adventure story.

I was intrigued by how the story worked, the words the author chose, how the pictures complemented rather than repeated the words. I just thought it was neat. And I thought I’d like to do that, write interesting stories some day. Then I picked up another book and forgot about writing for a long, long time.
Smashwords Interviews are created by the profiled author or publisher. 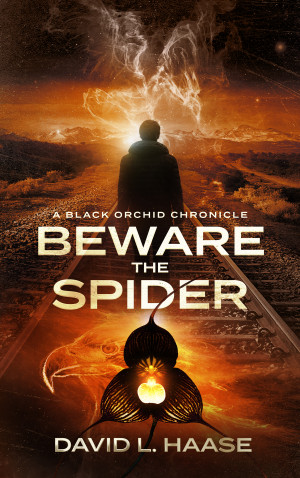 Beware the Spider by David L. Haase
Price: $3.99 USD. Words: 75,330. Language: English. Published: June 6, 2019. Categories: Fiction » Thriller & suspense » Supernatural, Fiction » Thriller & suspense » Action & suspense
Driven to rid himself of a spider demon that possesses him, nature photographer Sebastian Arnett becomes the target of ruthless Chinese crime lords who want to use his power to kill without touching. When they kidnap the woman he loves, the battle is to the death. 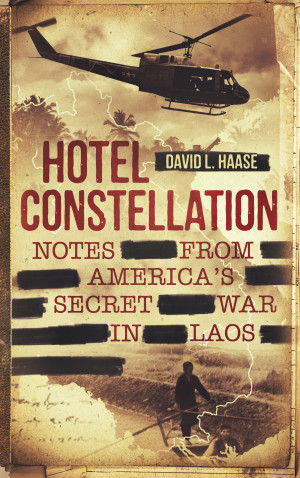