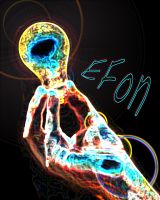 Published 2014-02-02.
What is your writing process?
I like to take little bits out of my and my friend's lives, along with interesting situations I might read about or see on a TV show or movie, then expand upon that in a new way. Build a story out of one change occurrence, and see where it goes. I only publish stories that "make it" and have a big folder of half-baked ideas that sometimes end up in other stories, or eventually mature into a full story on their own.

I also try and make a few long running epic stories that go many chapters or even books, and those that are longer than 10,000 words I charge a small fee for. Otherwise I fill time making one-shots that are based around calendar events to show off what I do and what I find interesting as free stories to show off what I got.
Do you remember the first story you ever read, and the impact it had on you?
Back when I was around fourteen I saw my first Hustler. The pics were great, but what I REALLY loved were the letters. After that I began reading the small Hustler letters books, secretly at my local bookstore, and even nicked one with another of my purchases since I knew I couldn't buy it since I was underage. Since then I've been hooked on written erotica and started writing my own.
What motivated you to become an indie author?
I love erotica! Really, I do, but everyone has their own ideas of what turns them on. For me, I want a story that creates a real person in my mind. I want them to be someone I could imagine running into on the street, or have a conversation with. Now most people you meat, even the creeps and jerks, have hopes and desires. They have feelings and needs, and most everyone just wants to be loved, at least I think so, so most of my stories are actually romance stories, just with lots of hard core sex to go with it. People screw up, and hormones play tricks on you, but everyone is just trying to find their way in this life.
What are your five favorite books, and why?
Phil Foglio's "XXXenophile" because it's funny AND sexy AND has great art. I just wish he'd do more, but his "Girl Genius", while not erotica, is a truly great story as well! I REALLY wish there were more erotic books that were full stories, so that is the gap I'm trying to fill. I know there are some, but they tend to be vampires and B&D, and I was never really that into either.

The "Foundation" series is a science fiction series by Isaac Asimov is an oldie, but a goodie. I love the idea of the decline of civilization, and the science of predicting mob mentality.

The "Honor Harrington" series by David Weber is another sci-fi favorite. It's almost 20 books long, and gives GREAT detail of a future civilization and what trials and tribulations they would face. It's what Star Trek tried to be, but never really achieved.

"The Lord of the Rings" and "The Hobbit" also are musts in my library, and the first books I bought when I moved out of my parents house. I remember hearing about Jackson making those movies back in 1994 and couldn't WAIT for them to hit the screen, and overall was very satisfied with it. "The Desolation of Smaug" pissed me off in a few parts, but still am looking forward to the conclusion of the Hobbit.
What do you read for pleasure?
Sci-fi, fantasy, and erotica, all depending on my mood. Sometimes even politics.
Where did you grow up, and how did this influence your writing?
I moved around a lot with my father in the military over my childhood in the eighties. I've settled down in the back woods of Maine, where it's F'ing cold 7 months a year, but my wife loves it and her family is here. I hate going outside, so instead I read, play computer games, and write.
What is your e-reading device of choice?
I have a cracked full android nook, but for the must read books like "Game of Thrones" or "Honor Harrington" I often buy the paper copy.
What book marketing techniques have been most effective for you?
Lots of free stories, and my staple epic stories for $2.99 and a few coupons here on Smashwords. I tried Amazon first, but they were a hassle to publish on. I just wish I had more readers since I'm only making $100-300 USD every 3 months. Oh, well, keep writing and hope for good reviews!
Describe your desk
No desk. Right now I'm writing most of my text on my phone on work breaks or lying in bed when my wife is asleep. Sometimes when I have time I send it to my computer which has a keyboard on a TV tray and my monitor which is a big screen TV to do some serious work on my stories, and for final editing and the cover before publishing.
How do you approach cover design?
I scour the internet for free pics, looking for ones that remind me of the story I'm writing, have written, or want to write, and then go arts and crafts on it, making it unique, artistic, and mine. I really do put several hours of work into each one, so I hope you like them.
What is the greatest joy of writing for you?
I love seeing someone post a comment about how they liked my work. Similarly even negative comments give me insight to reflect or go back in fix mistakes in my works. The thing that bugs me the most is when someone gives my work a low rating, but then doesn't say anything, or very little about WHY they didn't like it.
Smashwords Interviews are created by the profiled author or publisher. 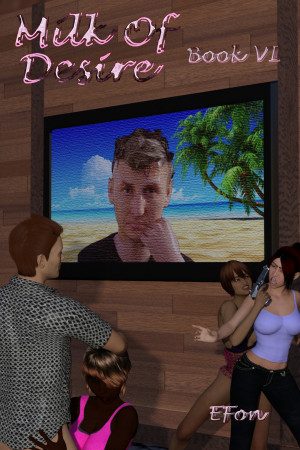 Milk of Desire, Book VI by EFon
Series: Milk of Desire (7 books). Price: $2.99 USD. Words: 23,290. Language: English. Published: April 27, 2020. Categories: Fiction » Erotica » Sci-Fi Erotica, Fiction » Thriller & suspense » Supernatural
My minions have all been taken by my father, having the same mysterious power to dominate people as I do. At least I was rescued Jackie, my best friend's younger sister, who is still in love with me. My only other ally is Samantha, Jackie’s music teacher, who keeps seducing me. And that drove off Sasha, the girl I made immune to my power. Though she rightly hates me for raping her... repeatedly. 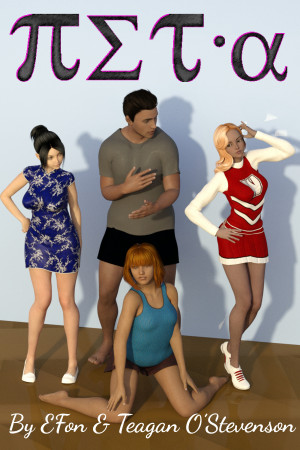 Pi Sigma Tau - Alpha by EFon & Teagan O'Stevenson
Series: Pi Sigma Tau - Omega : The Complete Trilogy. Price: $3.99 USD. Words: 73,830. Language: English. Published: August 30, 2019. Categories: Fiction » Romance » New adult, Fiction » Romance » Contemporary
After ten years of being practical strangers, Oliver finally reconnects with his childhood friend and neighbor Ashlie, though it seems that was really only because her two newer friends thought he was cute. Mindy, while shy, has been nursing a deep crush on him for quite a while now, and Janna, ever the unashamedly promiscuous cheerleader, thinks he could be just the thing to liven up their days. 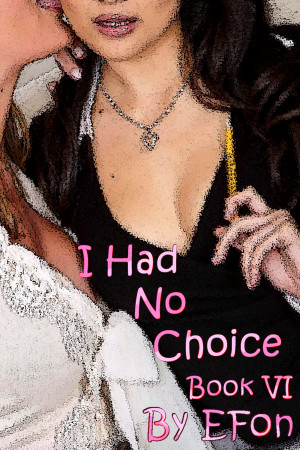 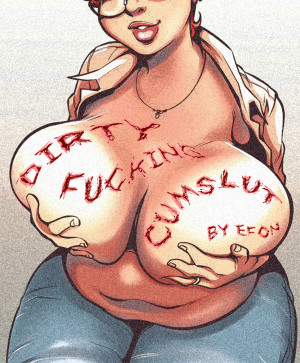 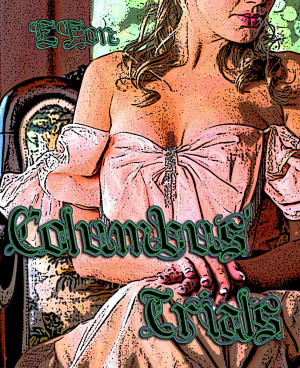 Columbus petitioned the court of Ferdinand and Isabella for years, always being told his estimates of the size of the globe were far too small, that he was a fool for thinking he could cross to the Orient by sailing into the endless great Atlantic Ocean. Then suddenly he had hi ships and the rest is history. What changed? Here's one fun idea... 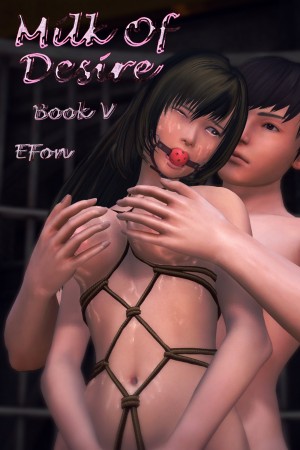 It's time to test various perverted experiments on prisoners to see exactly how I can spread my power. I already know it works when ingested orally, but now I've got a lot of other tests to test my limits, just not a lot of time before someone might notice if these people missing. The clock is ticking so it's time to get to work. (tags: bondage, mind control, rape, multiple partners, incest) 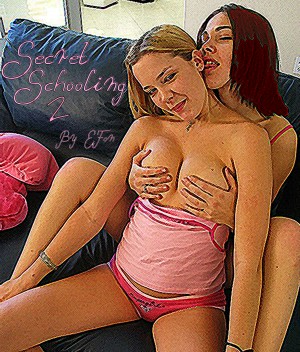 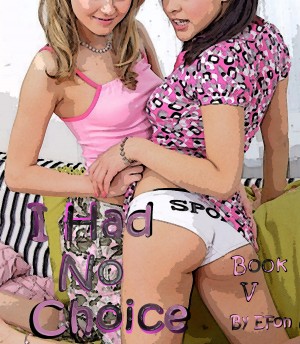 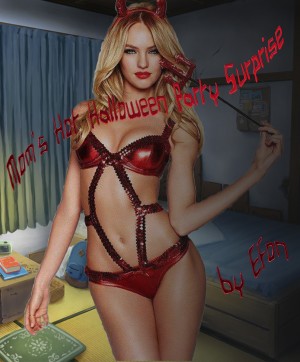 Mom decides to help her college aged son get over his painful last break-up by bringing the whole family to a Halloween Costume Party. She accidentally mixes up the sizes for the costumes for father and son, leading to... other mistakes. (Tags: mother-son, costume sex, mistaken identity, first time) 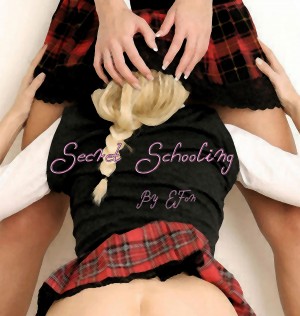 Two high school girls in love sneak into the school basement one day after school to use as a secret place to finally express their physical desires for each other. But is the old janitor going to find them and what will happen if he does? Tags: first time, lesbian, male voyeur.
View their profile to see all of their books