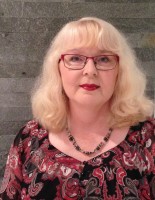 This interview has been viewed 241 times.

Published 2016-01-31.
Where did you grow up, and how did this influence your writing?
I was born and grew up in Townsville, Queensland, Australia. I was an only child, quiet and shy, and I think this contributed to the development of my imagination. I can’t remember a time that I never loved reading but I also created whole worlds in my imagination filled with fairies and giants, princesses and goblins. It seems strange when I think of it now that I didn’t write these stories down - I just sat quietly and created my own little worlds.

It didn’t occur to me when I was in my early teens that I could aspire to be a writer. I had always wanted to be a doctor, to help people but there weren’t any career guidance people in Townsville in those days to help.

I learned ballroom dancing when I was thirteen and it was there I met my future husband. We married when I was eighteen and we both turned professional ballroom dancers and worked in the studio owned by our teachers. A few years later, when they retired, we took over the studio for the next twenty years.

Coinciding with the years we taught ballroom dancing, I joined a choir. One choir led to two and this second choir led me into musical theatre. I enjoyed over twenty wonderful years onstage, backstage and then working on shows, publicity and administration.

A recent move to Brisbane, Queensland, has had another profound effect on my life. Although I have left behind most of my music and musical theatre involvement, I find I now have time to get back to my writing.
When did you first start writing?
The seeds were planted when I was fourteen and went on a history trip to an old gold mining town west of Townsville. It was a veritable ghost town. I absolutely loved it! Visits to the School of Arts to look through old records of the town and to the cemetery, with gravestones that told stories of infant deaths, mining accidents and other scourges of frontier life, brought the place alive for me. I knew then that one day I’d write a story about it.

I wrote my first novel when I was eighteen. I followed this with a collection of twenty short stories, and some poetry. When I eventually wrote the novel set in the goldfields, a literary agent in London took me on as a client and an offer from a publisher followed. However, the offer fell through when the publisher merged with another international company. After that I became so involved in the performing arts, I had little time for writing.

I started writing for the second time before our move to Brisbane. I was working on revising my last novel but when we were actually packing and moving I needed something smaller in scale to write. I took one of my earlier short stories and completely rewrote it. This story is Love The Gift.
What is the greatest joy of writing for you?
The greatest joy of writing for me is developing the characters. Sometimes they step out of my head multi-layered and nearly fully developed. Other times, I have to gradually get to know them. In this process, they often surprise me and take a different direction to what I first imagined. When this happens the story itself changes. It’s the joy of creating and discovery.
What is your writing process?
I don’t keep to a set process. The first idea is often a location, a grand old house, or an idea for a mystery. The protagonist and other main characters usually come next. I develop them and the story in my mind at first. This probably harks back to my childhood when I kept all my stories in my head. During this time, I start researching. I try to have the era and background correct so that the reader can forget about it and simply feel they are there. I love researching! I take a lot of photos when I go to the location of the story. I do write chapter notes while I’m researching, although they can change drastically during the writing process.

When I’m writing, I absorb myself into my story. I don’t like music playing or someone else talking in my study. If something does disturb me, I get up from my desk, walk around and start again. One of my dogs is always in the study with me. The other one is outside the door.

I never sit at the computer and stare at a blank screen. Before I start writing for the day, I have already thought through where I want to start.
What's the story behind your latest book?
Love The Gift is a romance with a male protagonist. Mark is an artist. He has an artist’s soul. His mother has always been his rock in life, especially after his father’s death. When she dies, Beth, Mark’s best friend, invites him to stay in her family home. He knows she wants to help him get over his grief. He’s pleased because Beth has always known when he needs her. Mark occupies the bedroom of Beth’s great-great-aunt Charlotte who died young in 1905. Her portrait in the room mesmerizes him. On the first evening, after dinner, Beth tells Mark that she loves him. He feels an idiot not to have ever suspected it but he can’t deal with it now. Back in his bedroom - Charlotte’s bedroom - he selects a book of Alfred, Lord Tennyson’s poems from the bookshelf and opens at his favourite, The Millers Daughter. Unable to concentrate, he steps outside into a walled garden where it is day not night. Charlotte greets him from where she is sitting on a garden seat reading The Millers Daughter. Afterwards, he doesn’t know if he is dreaming or if it really happened.

Overall, it is a different slant on a romance. Through it all, Mark works through his grief and finds the woman he’s always loved.
What are you working on next?
I’m editing my new novel, which is set in Victoria, Australia in 1927. The 1920s was a hedonistic time after the Great War (that we now know as World War I) when young people knew they could enjoy life without the threat of war hanging over them. It was also before the American Stock Market crash of 1929, which signalled the beginning of the Great Depression of the 1930s.

My protagonist, Alexandra, comes from a wealthy pastoralist family, who made its money on the land, the Victorian goldfields and in antiques. However, Alexandra doesn’t want her life to be a constant round of parties. She wants to join her father’s antique business, and to break the news to him at their weekend house party, she enlists the help of Edith, her best friend, and Benedict, her father’s new antiques manager, who has secretly been teaching her about the business.

The first evening starts well with love blossoming and the unveiling of a Ming dragon statue for her father’s collection.

Before the weekend is over, a priceless artifact is stolen and a body is found in the gardens. Alexandra is determined to discover how these things are connected to the Ming dragon and the antiques her great-grandfather brought with him from Hong Kong so many years ago.

This novel will be published in 2016.
Smashwords Interviews are created by the profiled author or publisher. 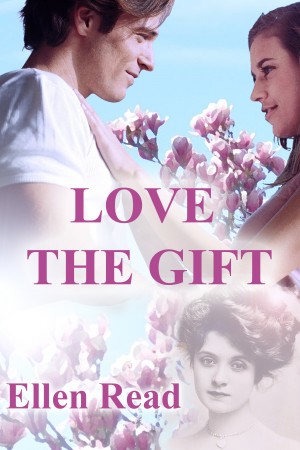 Can a woman who’s been dead for 100 years help Mark overcome the grief of his mother’s death and find the woman he’s always loved? Mark visits his friend Beth at her family home and occupies the room that belonged to Beth’s ancestor, Charlotte, who died in 1905. When he steps into her walled garden, he’s shocked that Charlotte is there to greet him. Is it a dream, or is it really happening?