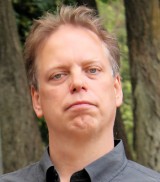 Published 2019-03-08.
When did you first start writing?
I started writing in March of 2013 when I wrote my debut lesbian romance book, Music of the Soul.
What motivated you to become an indie author?
My nieces are lesbian and couldn't find any mainstream books with characters they could relate with. And when they did find books with LGBT characters, they were the stereotypical quirky gay best friend, and even then, not a main character. So I decided I was going to write books with characters they could identify with, and being gay would not be the focus of the books since sexuality doesn't define a person. Rather it is just one aspect of who they are, like being right handed, or a redhead.
What is the greatest joy of writing for you?
I think it is getting feedback from people all around the world telling me that they were able to connect with my characters and they enjoy my writing style.
What do your fans mean to you?
My fans are everything to me. Without them, I wouldn't have a reason to write anymore. I love getting feedback from them that lets me know I am on the right track, which encourages me to write the next books.
Who are your favorite authors?
I'm an eclectic reader, and I'm a huge fan of strong female characters. So I'd have to say David Weber's Honor Harrington series, Anne McCaffrey's Crystal Singer series, Patricia Briggs' Mercy Thompson series, Seanan McGuire's October Daye series, heck I could go on and on.
When you're not writing, how do you spend your time?
I watch movies, build wooden sleds and toys in my wood-shop, collect vintage electronics, and run triathlons with my team named Please Resuscitate.
Do you remember the first story you ever wrote?
Vividly. I keep going back to it as it started my most successful series, and I cringe at my writing. My style and skill has increased tenfold from those days and I wish I could re-write the first few books I released, even though my fans loved them.
What is your writing process?
I write 1,000 words an hour and I put in 2 hour days, or 2,000 words a day. This way in 25 days I can put out a 50,000 word book and have time for editing so that I release a novel once a month.
How do you approach cover design?
I think cover design is an important first step, and I always build my covers before I write the book if I plan on having a person on the cover. This way, my character descriptions will match what the readers see on the cover, it makes them feel more real to my readers and gives a more professional feel to the books. I license stock photos for my covers then do a little digital editing (some more heavily than others) and add the titles and author name.
How do you connect with your readers online to share the experince of your books?
I mostly use social media to connect with my readers, and I have an imaginary pet platypus, Frank, who interacts with them as well. He is a troublemaker, always giving away books or giving sneak peeks of my covers before I am ready. Not to mention he likes to steal my chocolate eclairs.
Smashwords Interviews are created by the profiled author or publisher. 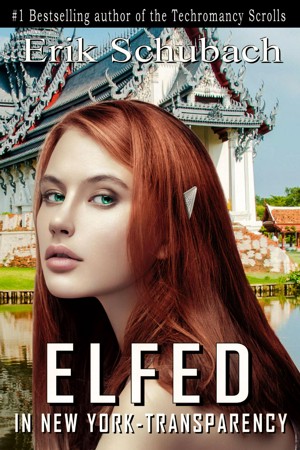 Elfed In New York: Transparency by Erik Schubach
Series: Elfed In New York. Price: $4.99 USD. Words: 56,890. Language: English. Published: October 15, 2022. Categories: Fiction » Fantasy » Urban, Fiction » Romance » LGBT » Lesbian
Killishia Renner, Kia, recently discovered she was an Elf , along with the rest of the world when she Elfed on live television. As the junior member of the Aelftus Senior Council, Killishia is tasked with being the chair of the Transparency Conference in Bangkok, Thailand. She thought it to be a great adventure, but found the Conference was anything but what it was supposed to be. 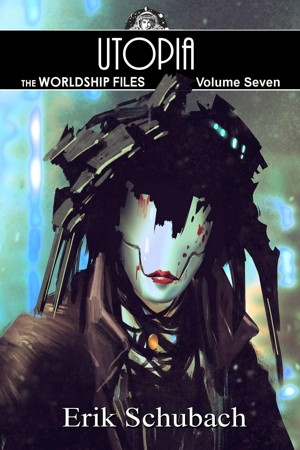 Worldship Files: Utopia by Erik Schubach
Series: The Worldship Files. Price: $4.99 USD. Words: 53,330. Language: English. Published: August 18, 2022. Categories: Fiction » Science fiction » Space opera, Fiction » Romance » LGBT » Lesbian
An ambitious project to create a Fae nature resort on the Yammato has run into problems as workers have started vanishing without a trace. The investigation falls under the purview of the commander of the FABLE office, Knith Shade. Knith quickly gets in over her head when she discovers an ancient evil of all consuming hunger has awoken Cityship, and Knith must face an enemy who cannot be stopped. 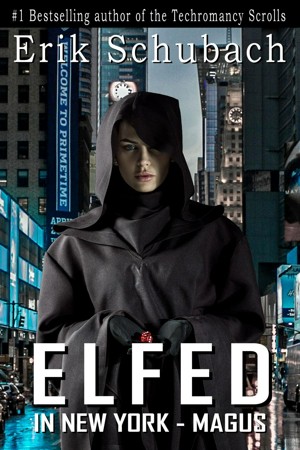 Elfed In New York: Magus by Erik Schubach
Series: Elfed In New York. Price: $4.99 USD. Words: 61,230. Language: English. Published: June 8, 2022. Categories: Fiction » Fantasy » Urban, Fiction » Romance » LGBT » Lesbian
Working for WTRL Channel 3 in New York City as a probationary investigative reporter, Killishia Renner is assigned to a baffling case of the possibility of actual Elf magic in the world when a video of a ritual involving the Magus of the Arcanium is leaked to a rival news station. Things are never as they seem as Kia brings her own brand of geeky chaos with her misfit crew into the investigation. 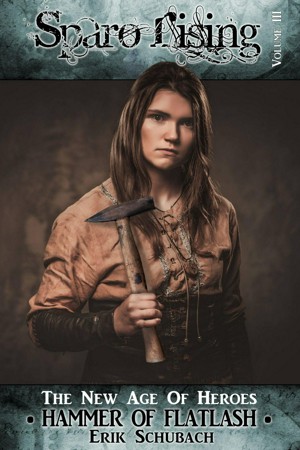 Sparo Rising: Hammer of Flatlash by Erik Schubach
Series: Sparo Rising. Price: $4.99 USD. Words: 51,170. Language: English. Published: April 15, 2022. Categories: Fiction » Gay & lesbian fiction » Lesbian, Fiction » Fantasy » Epic
Laura, a skilled blacksmith in Flatlash, has a better life than other commoners. Seeing few winters where food and heat were scarce. She dreamed of reaching beyond her station. Daring to write her own destiny, she petitions the Crown to grant her, a mere serf, land to start a mine that elevates her to nobility, starting a revolution in mining in the lands of Sparo, in this new age of heroes. 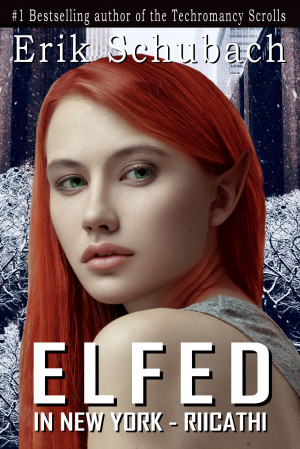 Riicathi follows a new fledgling Elf, Killishia Renner, as she investigates for Channel 3 News, a series of robberies in New York City perpetrated by a band of Elves. Her investigation coincides with the chaos caused when the International Elf Council finds she is of Riicathi blood, a clan thought long dead, and the repercussions it holds for Elvish society. 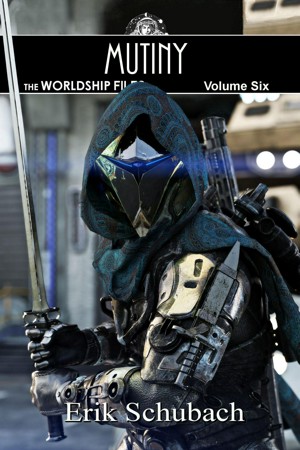 Worldship Files: Mutiny by Erik Schubach
Series: The Worldship Files. Price: $4.99 USD. Words: 61,610. Language: English. Published: January 7, 2022. Categories: Fiction » Gay & lesbian fiction » Lesbian, Fiction » Science fiction » Space opera
As the Leviathan recovers from the battle brought to it by the Artifact on the alien vessel that pierced her hull, Knith finds herself embroiled in a plot to wrest control of the Worldship and the Ka'Infinitum by two rival sects of rebel magic users. All is not as it seems as Knith finds herself in another struggle to find the truth and do what is right. 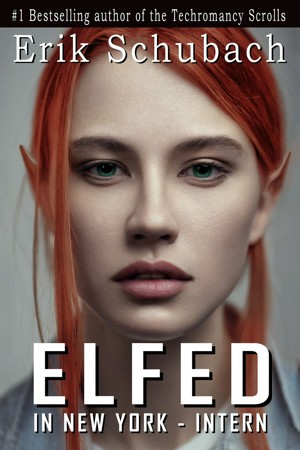 Nineteen years ago, Evander Laun and Natalia Havashire went on the air throughout the world on almost every news channel simultaneously, to reveal to the human race that Elves walk among us. It is the most-watched historical event in modern times. Intern follows an aspiring investigative journalist, Killishia Renner, who finds out with the rest of the world that she is an Elf unbeknownst to her. 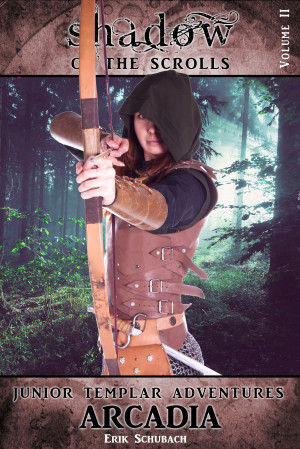 Shadow of the Scrolls: Arcadia by Erik Schubach
Series: Shadow of the Scrolls. Price: $3.99 USD. Words: 29,530. Language: English. Published: October 15, 2021. Categories: Fiction » Fantasy » Epic, Fiction » Gay & lesbian fiction » Lesbian
The girls escort Shanicia to the Outlands for another meeting with the Junior Regiment in Arcadia, the fledgling realm across the Uninhabitable Lands to the northwest. They are tasked to ferry the former Great Mother, their Gramma Ranelle home after they complete their business there. Old enemies abound and secrets are revealed, as the threat exposed reveals the fragility of life. 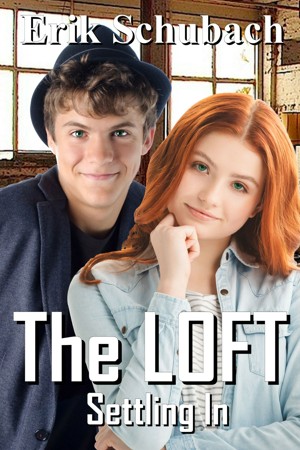 The Loft: Settling In by Erik Schubach
Series: The Loft. Price: $4.99 USD. Words: 44,950. Language: English. Published: September 15, 2021. Categories: Fiction » Romance » Romantic Comedy, Fiction » Romance » LGBT » Lesbian
Following in her mother and aunt's footsteps from the Pike series, Max takes her turn at matchmaking, or meddling as everyone else dubs it. Max uses a party in the loft to bring two people, Tracy and Alice, together who have been admiring each other from afar. But she's continually distracted in a way she's never experienced before, by a punk rock girl, cosplaying an elf from her favorite books. 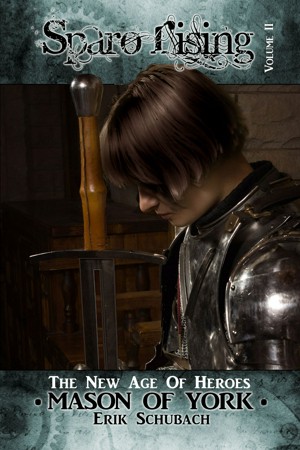 Sparo Rising: Mason of York by Erik Schubach
Series: Sparo Rising. Price: $4.99 USD. Words: 55,990. Language: English. Published: July 29, 2021. Categories: Fiction » Fantasy » Epic, Fiction » Gay & lesbian fiction » Lesbian
The life of Genevieve Mason, a commoner and serf of the Realm of York, in the Lower Ten of Sparo, had been turned upside down when she was young. Being the daughter of a mason, she always knew her place in the cogs of the wheel of life, until the Keep came under siege by the Reaper and his Horde of Marauders.
View their profile to see all of their books