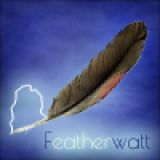 Published 2013-09-17.
What is the greatest joy of writing for you?
Doing things that you couldn't do in a film, or a game. Getting right inside the character's head, and showing the reader exactly what's going on up there.

Which is important, because it's only "up there" that everyone is just as neurotic and indecisive as you.
Who are your favorite authors?
I have a soft spot for Terry Pratchett and Neil Gaiman, but my all-time favourite author has to be Spider Robinson. His books are like a big hug on paper. He writes optimistic sci-fi - but it's the best kind of sci-fi, the kind where it's all about people having a good time together and maybe saving the world while they're at it.
When you're not writing, how do you spend your time?
That's a loaded question to ask an erotica author.
How do you discover the ebooks you read?
Mostly I prowl the toplists, jumping from author to author like a butterfly.

I got into ebooks fairly early on - not, like, dot-matrix-LCD early, but around about the time people were starting to talk about epub. I had Mobipocket on my HTC Charmer - it ran Windows Mobile version five, and at the time it was a wonderful little phone. Had a 200mhz CPU, no wifi, uphill both ways in the snow with no shoes, all that.

Yeah. I was crossing my legs and blushing in dentist's waiting rooms back in 2006. Any time technology lets me be a naughty bunny, I'm all over it.
Do you remember the first story you ever wrote?
Oh God it was embarrassing.

I started writing when I was about thirteen years old. I have a neurological condition that affects my handwriting, so my school's special needs department issued me with a little computery organizer thing with which to do my schoolwork.

I can't really remember much of the details, but I think you could sum that story up with "ALIENS: FUCK YEAH."
What inspires you to get out of bed each day?
Cups of tea.
What is your writing process?
I open Gedit on my laptop and I make a cup of tea. Then I hammer out a few sentences and have another cup of tea. At some point I'll get sucked in, and I'll write a thousand words or so, editing mostly as I go - I'll have an endpoint in mind, but I'll give the characters a lot of room to wriggle around between A and B, sorting out the details for themselves.

At some point, a story will establish itself, like mold growing in a teacup. If it's any good, I'll finish it, upload it into a Google doc, and my writery friends will set upon it and tear it to pieces, each in a different font color, sometimes arguing amongst themselves.

I like Google Docs. It's like multiplayer Word.
How do you approach cover design?
Non-traditionally. Or, to put it less politely, badly.

Also I make covers for books I haven't written yet, which is a bad habit.

I looked at a lot of erotica ebook covers on Amazon before I started making the covers for Mittens, High-Voltage Mittens, and Soaking Wet Mittens. I studied the common tropes, watched carefully which cover types led to the highest success rates, then immediately disregarded that data and make a spangly pink cover with "mittens!" atop a drawing of - hey, guess what? - a mitten.

If you're curious, I use red text on a black background, because I read in bed a lot and it doesn't wake up the redhead, nor does it mess with my night vision.
What book marketing techniques have been most effective for you?
Telling people that if they don't buy my ebooks, I'll kidnap their pets and make a little circus with them. Oh, how we shall dance.

So, uh... Facebook.
Describe your desk
Oh holy shit where do I begin.

All right, from left to right, and not bothering to count the stuff that's underneath all this crap:

An Atari 7800 belonging to a friend of mine, in the middle of a composite video conversion.
A spare LCD mask and digitizer for a Toshiba Portege M200. I don't even own one of those anymore.
A breadboard.
An Arduino knockoff.
A birthday card from a very close friend of mine, containing a wonderful message that makes me smile.
An infrared illuminator I hope to use in a Halloween decoration.
A motor controller board.
A spool of 16-gauge wire.
Another breadboard.
A set of surprisingly decent eight-dollar headphones.
My beloved laptop! It's a Toshiba Tecra M4, it's eight years old, and when someone makes a better laptop than this, I'll buy it.
A tape measure.
A cup - no, two - okay, several teacups. I'm a filthy animal right now. I need a spanking.
A broken digital camera.
A folding bluetooth keyboard, that I have no use for now since it's QWERTY - I learned DVORAK thinking that I'd end up being of those people who could use both, but... nah.
A CRT monitor. Yeah, I like CRT monitors, the colors are better, you wanna make somethin' of it? It's heavy.
A little golden cat that waves out of the window. It's solar-powered and it's awesome.
There's... honestly there's a lot more stuff. You really wanna know? You get the point, I'm sure. I'm messy and I smell like solder and nuttiness.
Smashwords Interviews are created by the profiled author or publisher. 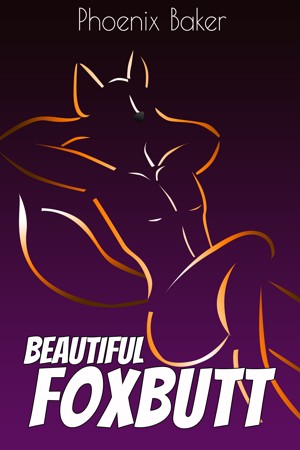 Beautiful Foxbutt by Phoenix Baker
Series: Foxbutt. Price: $2.99 USD. Words: 34,610. Language: English. Published: November 17, 2021. Categories: Fiction » Erotica » Paranormal, Fiction » Erotica » Comedy/Humor
Nobody knows that Thomas is a fox. Except his girlfriend Lily, who found out at the worst possible time. And his parents, who've known all along but didn't want to worry him. Tom hasn't even had 24 hours to get used to the ears and tail; there are secrets of his newly-noticed physicality that he hasn't figured out yet. Sharing them with someone else might get interesting. 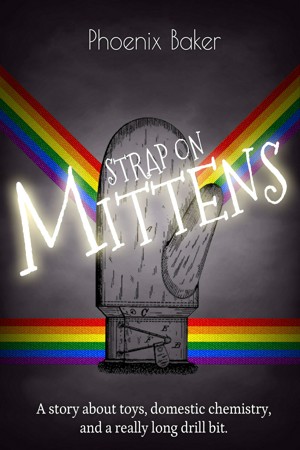 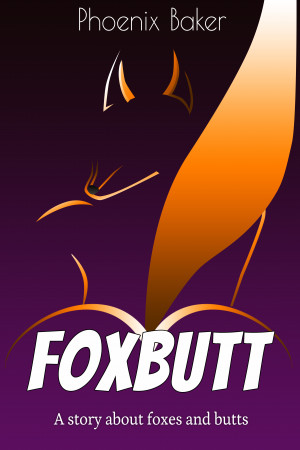 Thomas is a fox. He's always been a fox, but never noticed until today. Had he realized on any other day, he would have just called in sick - but today is the biggest new release the world has ever known, the game store is understaffed, he can't control his tail, and his coworker Lily is trying to ask him out on a date. Foxbutt is 25,000 words of hot furry erotica for adults only. 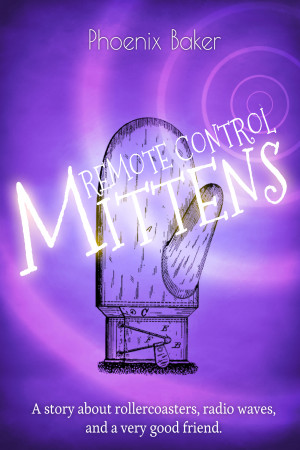 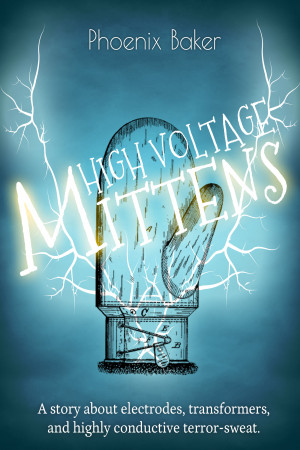 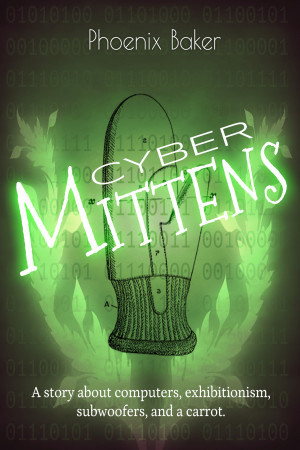 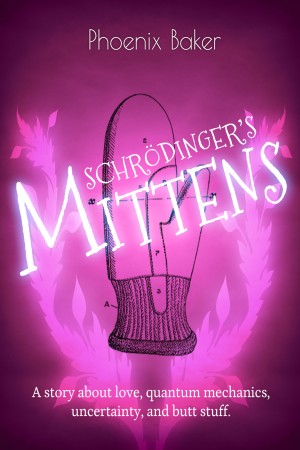 Samantha and Nina return in this short story sequel to the original Mittens! Set an hour or so after the end of Mittens, this tale features more of the delightful quirkiness you've come to expect from Sam and Nina, along with a brief discussion of quantum uncertainty and wanking. 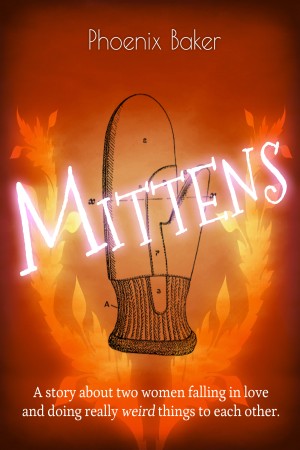 "Mittens" is a silly and lighthearted story of two women falling in love, one of whom is deliciously kinky and the other delightfully nerdy. This first novella-length episode contains some authority kink, mild watersports fantasy, a brief discussion on vibration modification, domination/submission, cuddles, toast, an inexplicable fixation on boxing gloves, and lots of love, light and laughter.