Published 2016-09-30.
How did the idea for this book come about?
I wanted to tell a story about a morally conflicted scientist who has created a weapon of mass destruction. How can these individuals sleep at night? Financial reward? Patriotism? Job satisfaction? It also occurred to me that in all the stories I've come across having anything to do with scientists working on "evil" inventions, not one involved a female. So I sought to create a gender bender story about a young woman who actually concocted one.
What motivated you to write the book?
All it took was a nudge from my teenaged daughter in December 2013 to do it.Then it was off to the races drafting character summaries and a plot outline before starting my first draft in early 2014..
What's the story behind your latest book?
Most of the characters are entirely out of my own imagination, but I assigned contemporary Hollywood actors for each role as I wrote it. One of the antagonists, Vanessa Carrie, is a combination of bosses I have worked for in the past. One was nasty, the other two-faced.and insane. I thought of Sharon Stone the entire time and it was perfect. I wanted to place females in most of the decision making roles of the story and as a result, there are no less than five female characters who each have a lot to deal with.
What do you read for pleasure?
I like reading espionage thrillers from a variety of authors, but I'll also read from other genres such as middle grade and young adult. It's part of being a father of four children.
Where did you grow up, and how did this influence your writing?
I grew up in a town in Southern New Jersey called Moorestown, that had no influence whatsoever on my writing--at least on a conscious level. It think the works of George R.R. Martin, Michael Palmer and Daniel Silva inspired me to take the leap if faith.
When did you first start writing?
When I was in fourth and fifth grade, I wrote short spy stories. One I wrote after a girl who lived across the street from me died tragically from a tropical disease. I seem to recall that it involved an airplane and a woman who faked her death. In high school I tried my hand at journalism, but I soon learned that my editors had to rewrite my articles after I submitted them. About 30 years after that, I finally sat down and plotted out this novel.
What is the greatest joy of writing for you?
Tell a relevant tale that's also poignant and, well, thrilling. To be able to touch the emotions of my readers would be the highest compliment.
What do your fans mean to you?
It's simple. Without fans to share in the experience, I wouldn't feel the joy.
What are you working on next?
The sequel. I can't get into details, especially if you haven't read, The Chemist, but I assure you, it will be another roller coaster ride with international locations. Speaking of which, since the organization Doctors Without Borders will be part of the backdrop of the next novel, I decided to put my money where my mouth is by donating 20% of the book sale profits to that valiant humanitarian organization. More than ever, organizations like Doctors Without Borders are needed to answer the call to ease human suffering.
What inspires you to get out of bed each day?
My four children and lovely wife.
Smashwords Interviews are created by the profiled author or publisher. 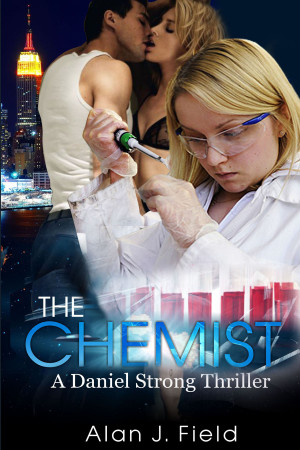