Published 2016-07-06.
When did you first start writing?
I first started when I was 6 years old. Those early books were simply a collection of unrelated pictures with captions. Around 9 or 10, I wrote my first real story (a Star Trek fan fiction told through a collection of pictures and captions). About a year later, I wrote my first story without pictures--still Star Trek fan fiction. I wrote these stories for the next three years, drawing from a series of stories I creating using my Micro Machine starships. At around 13, I started to break away from the Star Trek stories to develop my own Universe.
Where did you grow up, and how did this influence your writing?
I grew up in Fremont, California, located on the southern tip of the San Francisco Bay Area. It's a culturally diverse area, and I try to be as equally diverse in my stories. Even though a lot of my stories are set in space or on different planets, I like to use real landscapes and settings as inspiration for settings on those other planets (like Draconia), and California has a lot of interesting landscapes.
What is your writing process?
I start with an idea. Then, I brainstorm plot-points, character details, and world details and try to sequence the plot-points. Then, I start outlining. I try to get three of four chapters outlined before I actually start writing. I continue to outline as I go and story details shift and form new paths.
How do you approach cover design?
I like the cover to be as accurate as possible to the content of the book. More important, though, the cover must be catching and it must have elements of the story. The dragon designs on my books may not look quite like what I had in mind, but the elements of the stories are there: dragon, spaceship, alien planet, action. Even the fractured look of the title for Fractured Dream.
Describe your desk
My desk is in my bedroom. I sit facing the door, the window behind me. On my desk, from left to right, I have a radio/alarm clock, my computer, atop which I have two Baby Name books (to help me in naming my characters). Then, I have my keyboard and monitor. Under the monitor, I have a collection of miniature starships that I use to choreograph my action sequences. To the right of that, I have a space that used to be for a printer (which had died several years ago), and will be again when I eventually get another printer.
When you're not writing, how do you spend your time?
When I'm not writing, I'm reading. I also enjoy exploring my little corner of the world, going for walks, hiking, or riding around the San Francisco Bay Area on the bus system, rapid transit system, and ferry system.
What do you read for pleasure?
I read a lot of science fiction and some fantasy here and there. I'm especially drawn to books that feature good dragons and interspecies friendships.
How do you discover the ebooks you read?
I mostly read print books, actually. But, I'm sure they same method would apply for both mediums. I mostly enjoy science fiction and fantasy, so, within that genre, I look for subjects I enjoy--good dragons, interspecies friendships, space travel, etc.
What is your e-reading device of choice?
My computer. Though, I have recently begun using an Android Tablet.
How has Smashwords contributed to your success?
By making my book available through multiple vendors, I believe Smashwords has made me visible to more potential readers than had I published through just any one of them.
What are you working on next?
My current project is a story I originally wrote back in 2002-03 called Final Frontier, which follows Earth's first starship, the EAS Frontier, on her maiden voyage. While investigating the disappearance of the alien ship that had made first contact with Earth thirty years earlier, the Frontier is thrown a million years in the past and to a distant galaxy. They visit three more time periods in their attempt to return to their own time.
Smashwords Interviews are created by the profiled author or publisher. 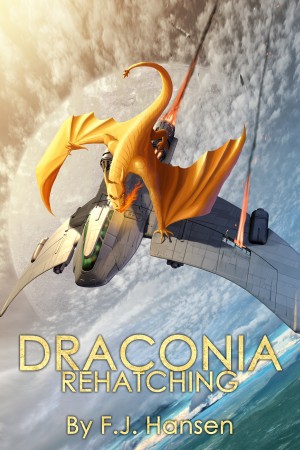 Draconia: Rehatching by F.J. Hansen
Series: Draconia. Price: $2.99 USD. Words: 118,500. Language: English. Published: January 1, 2015. Categories: Fiction » Science fiction » Space opera, Fiction » Fantasy » General
The Treaty between Draconia and Earth was in shreds. Enemies were everywhere. But, hope still existed. Captain Mark Johnson of Earth was determined to defend Draconia against all threats--Norseen and Human. But, ultimately, it was up to Varthikes and Audwin, and the power of their friendship, to ensure their home survives the Norseen invasion to be rehatched. 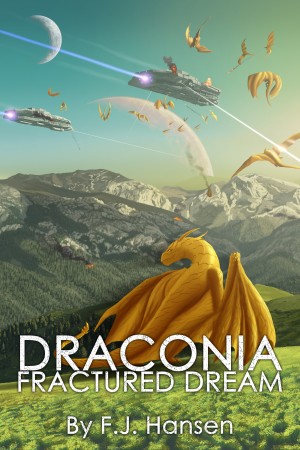 Draconia: Fractured Dream by F.J. Hansen
Series: Draconia. Price: $2.99 USD. Words: 111,200. Language: English. Published: December 15, 2014. Categories: Fiction » Science fiction » Space opera, Fiction » Fantasy » General
For seven years, Humans have lived peacefully on Draconia with their dragon-like hosts. That is, until an unprovoked attack on the dragons drive them into striking back at the Human colony. Varthikes and Audwin McClance race to repair the fracture in their dream of a peaceful co-existence, battling invading Norseen, enduring the brand of traitor from both sides, and tests to their friendship. 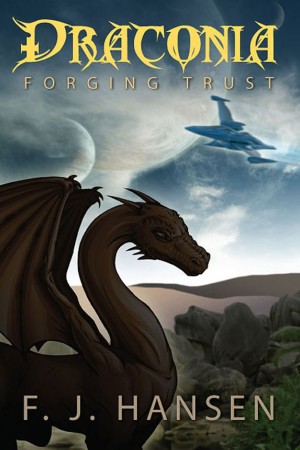 Draconia: Forging Trust by F.J. Hansen
Series: Draconia. Price: $2.99 USD. Words: 79,630. Language: English. Published: November 15, 2010. Categories: Fiction » Young adult or teen » Science Fiction
When Humans arrive on Draconia hoping to establish a colony, they encounter the dragon-like natives. Paranoia leads to a violent misunderstanding. As tensions escalate between the dragons and the Humans, Audwin McClance, an ensign on his first mission, and Varthikes, an adolescent dragon, form a fast friendship and seek to establish a peaceful coexistence between their two kinds.