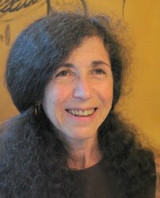 Published 2017-05-29.
Where did you grow up, and how did this influence your writing?
I grew up in New York City, on E. 11th St. My neighborhood wasn't chic then--it was the Lower East Side, not the East Village. But Greenwich Village, with its bookstores, coffee shops, and writers was close, and I wanted to be part of that literary world from early on.
When did you first start writing?
I started writing when I was very young--some not-very-good poems that got a bit better by high school, where I edited the literary magazine. I knew early on that I wanted to be a writer, but then I wanted to be a lot of things--a psychiatrist, too, as I remember--but writing was the work I never abandoned.
What's the story behind your latest book?
Like most memoirs, "Lost Among the Baining" has a long backstory. Bear with me!
In the late sixties, I went on a field trip to New Guinea with my husband, who was then a graduate student in anthropology. We spent 16 months living in the jungle with the Baining (pronounced "Byning"), an isolated people with an extraordinarily enigmatic culture. Our trip was not a success. Actually, we considered it a fiasco. I really wanted to write about the experience, but however many times I tried, I just couldn't. Whatever I wrote seemed so pained! Then, in 2008, we returned to New Guinea and the Baining--and this second trip opened up a whole new view of what had happened. From this perspective, I could see what an impact these people had had on my life, and I could mock my younger self--I could finally look back with humor.
What motivated you to become an indie author?
Actually, I've become an indie author by a roundabout route. My three books were originally traditionally published. But with my new book, which takes place in New Guinea, my publisher sent out a press release to the trade press, bookstores, and libraries saying the book is set in New Zealand! The publisher didn't seem to think this made much of a difference(!), and didn't do much to correct the confusion that followed. So I had the publishing rights transferred back to me. I see this as a cautionary tale: Writers, please be careful!
What is the greatest joy of writing for you?
The two points in writing that I absolutely love are the moment when I get an idea of what I want to write and the moment when the work is truly finished. Nothing else fills me with such exuberance. I have to say that, for me, the long stretch in-between is a struggle: I find writing hard. But there's always that initial thrust, pushing me forward, and that beautiful endpoint, when it has finally come together.
What do your fans mean to you?
I love to hear from people who have read my books. I feel honored that they've read them and taken the time to get in touch. And I'm always curious to know what they saw. People interpret books in such different ways. I feel readers often open my eyes to what I've actually written, which isn't always exactly what I intended to write.
When you're not writing, how do you spend your time?
I read a lot--I feel I need reading the way I need dream sleep. I spend a great deal of time gardening, both in Cambridge, MA, in the summer, and in Sanibel, FL, in the winter. I'm new to the south and the plants are so entirely different, I'm completely a beginner. It's been a challenge!
What do you read for pleasure?
Fiction, and I love mysteries: Arnaldur Indridason, Cynthia Harrod-Eagles, Haken Nesser, Adrian McKinty--so many more.
Smashwords Interviews are created by the profiled author or publisher. 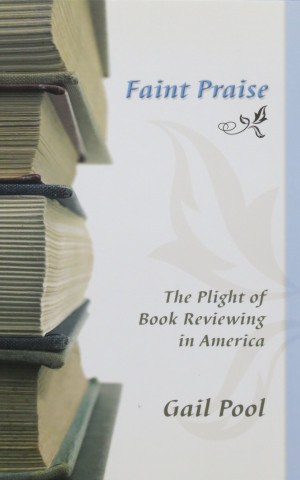 Faint Praise: The Plight of Book Reviewing in America by Gail Pool
Price: $3.99 USD. Words: 62,240. Language: English. Published: January 25, 2018. Categories: Nonfiction » Literary criticism » Books & Reading
Faint Praise, published in 2007, remains the only book to provide an in-depth analysis of traditional book reviewing in America. Exploring issues from publicity to bias, contrasting traditional reviewing with new alternatives, and weighing the inherent difficulties of reviewing against unacceptable practices, the book helps readers and authors to understand the field, and reviewers to improve it. 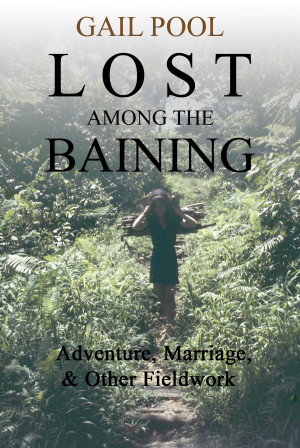 In this wry travel memoir, a fiasco of an anthropological field trip leaves the writer and her husband haunted by the Baining of New Guinea, a people who upend Western theories as well as the couple's young lives. Years later, they return to the jungle to make peace with this very different culture and their youthful past.