Published 2014-11-06.
Do you remember the first story you ever wrote?
The first book I wrote was about baseball, at age 4. It was an A to Z book. I honestly can't remember what I did for X and Q. I do remember the first novel-type story I wrote, though (novella length, really). I was in sixth grade and it was about a killer robot trying to destroy Toronto.
What is your writing process?
I really enjoy thinking through a novel and coming up with a lot of the ideas before I start writing. I always start with a plan, but I keep it flexible and it inevitably changes quite a lot along the way.

Once I have the novel's basic concept, my focus is on mapping out the ending. But I have a compulsive need to write the novel in order, so even though planning the ending is the first thing I do, it's still the last thing I write.

When I have a good sense of what the ending will be, I will start actually writing the novel from Chapter One. Normally that is a very slow process, with lots of writing and re-writing as I try to figure out the best way to introduce the characters and plot lines while also setting up the ending, all without losing momentum. Since writing the beginning takes so long (and is so frustrating), I take a lot of breaks to map out some of the key plot points I'll hit in the middle. So once the beginning's done, writing the middle becomes a lot easier.
What are your five favorite books, and why?
It's difficult to narrow it down to five, but here goes nothing:
- The Chrysalids by John Wyndham - a classic sci-fi story, a book I loved from my childhood, and one of those novels you can read over and over again
- A Song of Ice and Fire, Books 1 to 3 by George R.R. Martin - I can't select just one book out of the series that really introduced me to fantasy and that has been one of my biggest influences as a writer
- Constantine's Sword by James Carroll - I love non-fiction and especially history books, and this one more than any other speaks to questions that are fundamental to my experience, being both a proud Jew and a proud citizen of a majority-Christian country
- The Power of Habit by Charles Duhigg - on the non-fiction side, few books I've read have been so interesting and pragmatic at once
- Ender's Game by Orson Scott Card - do I really need to explain this one?
What do you read for pleasure?
A big mix of everything. Primarily fantasy novels on the fiction side and history books on the non-fiction side, but I will read pretty well any book in any genre that gets recommended to me.
What's the story behind your latest book?
My novel Gateways started with a non-fiction book, The Next 100 Years by George Friedman, in which he uses real-world countries' geography and demographics to understand their strategic imperatives, and uses that to predict major political trends in the 21st century. (It helps that most of his readers will probably be dead before they figure out whether his predictions are accurate or not). I found it so fascinating that I wanted to try it myself, so I created a map of made-up countries and started developing strategies and histories for them. That became the world of Gateways, a novel that's technically fantasy, but centres around politics and diplomacy more than magic.

The rest of the story behind it is that I wanted to try some things that I hadn't seen done in fantasy before, or at least not very often: developing an alternate world that mirrors World War I Europe rather than a medieval or renaissance era, prophecy that characters can actually influence, and a female lead who is a politician and pacifist rather than a fighter.
What motivated you to become an indie author?
Completing a novel was the culmination of a childhood dream. Even so, writing has always been a hobby and not a profession for me. Taking those things together, my biggest priority with Gateways was to get it out into the world where other people could read and enjoy it. I didn't want to spend a lot of time and effort searching for publishers; I was more interested in getting Gateways into readers' hands as quickly as possible. I also thought trying to market it myself would be a fun project, although it's harder than it looks!
What is the greatest joy of writing for you?
For me, writing a novel is like solving a puzzle, albeit one where you've invented the pieces and can keep reinventing them or adding new ones. I like complex plots with lots of twists and turns, and one of my greatest joys is the "Aha!" moment when I can see how various pieces are about to fit together.
What are you working on next?
The novel I'm currently writing will be completely different from Gateways as far as genre goes, but similar in the sense of a large cast of characters with many overlapping plot lines. It's set at my alma mater, Queen's University in Kingston, Ontario, Canada, and it's generally about swing dancing, mental health, and online harassment.
When you're not writing, how do you spend your time?
In my day job, I work as a labour and employment lawyer with Bernardi Human Resource Law (visit us at www.hrlawyers.ca). I practice labour and employment law, which I think is fascinating and covers everything from union certifications to human rights issues, employment contracts to severance packages, and court and tribunal work to harassment investigations. Outside of work, my other biggest hobby and passion is swing dancing, and I've also done quite a bit of work as an event and program organizer within the swing dancing community.
How do you discover the ebooks you read?
Many times it is based on recommendations, but sometimes I just go onto Smashwords and download a few at random from the fantasy section. Have to support other self-published authors in my genre!
Smashwords Interviews are created by the profiled author or publisher. 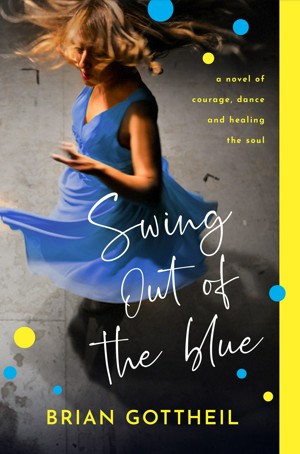 Swing Out of the Blue by Brian Gottheil
Price: $6.06 USD. Words: 141,050. Language: English. Published: January 28, 2022. Categories: Fiction » Coming of age, Fiction » Literature » Literary
Sophia uses swing dancing to ease her struggle with depression. When she breaks her ankle, her defence is gone. But any challenge can be a blessing as well as a curse. Against the backdrop of bullying, mental illness and darker threats, Swing Out of the Blue is a story of vulnerability, friendship, courage and personal growth, and of recognizing, above all, that we are not alone. 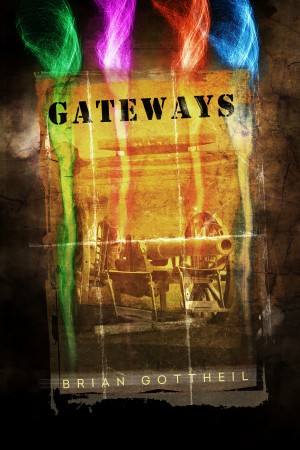 Gateways by Brian Gottheil
Price: $3.99 USD. Words: 155,430. Language: English. Published: October 20, 2014. Categories: Fiction » Fantasy » Historical, Fiction » Fantasy » Epic
In the midst of a devastating war, pacifist politician Caryn Hallom finds herself trapped with a member of the enemy's royal family, and seizes on the opportunity to try to negotiate an end to the fighting. Little does she know that a new faction is about to enter the conflict, armed with a frightening magical weapon ... or that it will be led by the one person who knows the truth about her past.