Interview with H. A. Kirsch

Published 2018-08-05.
Do you remember the first story you ever wrote?
How far back in time should I go? Should I go all the way back to my days at my private 'school for the gifted' where I wrote this rambling thing about a bunch of werewolves who lived in in R.V. and went on adventures? Or should I only include when I was privately writing fan-fiction of The Maxx when I was in high school? Or how in 2003 I wrote a story for a furry friend of mine about a gay lupine scoundrel named "Hawk", and which really kicked off my writing career?
What is your writing process?
I obsessively think about an idea for a while. I start talking out narrative bits and dialogue while commuting to work. I start actually writing things and just keep going until I get sick of the idea and stop, or actually finish something.
How do you approach cover design?
"How can I make this look cool and interesting and not like some stock art of a hot dude with a wolf badly photoshopped next to him?"
Describe your desk
A giant mess covered with an iMac, some novice-level pro audio equipment, espresso cups, and [censored].
Smashwords Interviews are created by the profiled author or publisher. 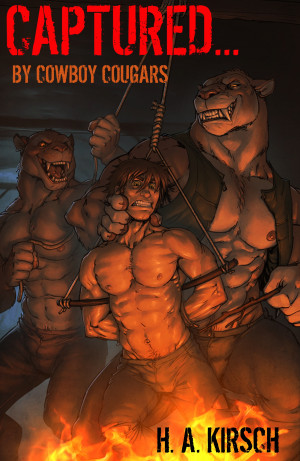 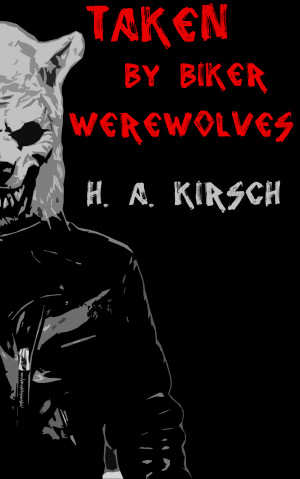 Taken By Biker Werewolves by H. A. Kirsch
Price: $2.99 USD. Words: 26,410. Language: English. Published: November 1, 2018. Categories: Fiction » Erotica » Gay Erotica, Fiction » Erotica » Paranormal
Caleb Sumner runs a small bar on the outskirts of a small town, where he keeps his homoerotic interests to himself. When a gang of gay bikers shows up looking for a filthy good time, he’s shocked and forced to confront his own insecurities. When they turn out to be werewolves, things take a turn for the sweaty (and furry) as Caleb gets what he’s been wishing for and the werewolves get him. 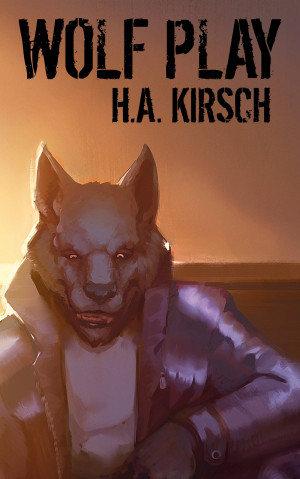