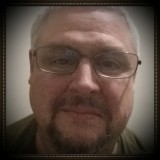 This interview has been viewed 282 times.

What is your writing process?
I know it sounds trite, but my process really is very organic. Very rarely, do I decide upon a task and try to build around that. Usually, an idea comes to me from the blue, either by something I've heard or said, or something I've encountered. Most often, these ideas happen as epiphanies, but sometimes, they are just as larks. So then, I just try to imaging the circumstance around the idea that might have brought about its presence or situation and then I begin writing. Eventually, a story or poem or song takes shape around that original inspiration.
Do you remember the first story you ever wrote?
Yes. It was a fanciful tale about two boys who somehow fall into an alternate world through the backside of a Hex Pattern painted on a barn in the rural countryside.
Do you remember the first story you ever read, and the impact it had on you?
Not really, but I do remember my first favorite author. Dr. Seuss. Because through him, I learned to read and to imagine and to wonder.
How do you approach cover design?
For me, it was really a matter of finding an idea that tells the story in one image. For Sparrow's Flight, is really came down to the logo image of the princess's new livery. Then, I asked my brother, who happens to be a master at the image arts to build it for me. Et violá, the cover.
What are your five favorite books, and why?
The Cat in the Hat, by Sr. Seuss, because who doesn't need a couple of "things" and an easy way to carry them? Ring World, by Larry Niven, because it shows us the power of our possibilities. Bicentennial Man, by Isaac Asimov, because it shows us that at any time in our lives, we must evolve or become irrelevant. The Hobbit, by J. R. R. Tolkien, because it shows us that no matter who we are, we matter in the world. The White Dragon, by Anne McCaffrey, because dragons are cool, dragon riders are even cooler and Anne McCaffrey is the coolest author who ever lived because her worlds are full of dragons!
What do you read for pleasure?
Everything. I like Science Fiction or Non-Fiction, Fantasy, Western, Religious, Folk, even Romance. If you limit yourself, you limit your experience and your ultimate pleasure.
What is your e-reading device of choice?
I use both Kindle and Nook, along with a couple of others. I have no specific preference.
When did you first start writing?
As a boy. I've nearly always had a fascination for the written word.
What's the story behind your latest book?
It started out as an imagination game for my grand-nieces and grand-nephew who were complaining of being bored up at camp. So, I picked out some features in the landscape, and dreamed up a few characters for them to play, and the story snow-balled from there.
When you're not writing, how do you spend your time?
Working, or gardening or camping, hunting or fishing. I also play guitar and have about 20 or songs songs I've written.
Where did you grow up, and how did this influence your writing?
I grew up in the mountains of western Pennsylvania, the eldest son of six. We had very little money, but we had each other and our extended family and our imaginations. And I guess, that was enough.
Published 2016-06-23.
Smashwords Interviews are created by the profiled author, publisher or reader. 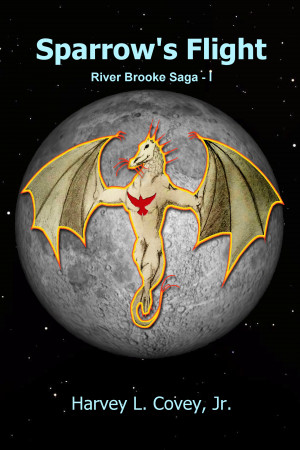 Sparrow's Flight by Harvey L. Covey, Jr
Series: The River Brooke Saga. Price: $2.99 USD. Words: 49,670. Language: English. Published: June 23, 2016. Categories: Fiction » Fantasy » Epic
Princess Katianna Blake (Sparrow) must flee from her home and the man who intends to force her into marriage so as to take her crown. She travels the many realms, gathering troops and support to aide her father against prince Hadrian's siege. But when her knight-protector is ripped from her, she finds help from a most unlikely ally and her "flight" takes on a whole new meaning.