Published 2014-04-05.
What is the greatest joy of writing for you?
It's like daydreaming, only better. Through writing, you can share your adventures with other people. Hopefully, they'll enjoy them too.
Do you remember the first story you ever wrote?
Yes, I do. I didn't like the way a novel had ended, and I decided to give the characters a second chance. It might have worked if I had actually finished the story, but I got pretty far with it in my head.
When did you first start writing?
I've been writing constantly since 2002. I've been writing professionally since 2008. This being said, I've been a dedicated daydreamer much longer than that.
When you're not writing, how do you spend your time?
Reading occupies a big part of my time. There's also music and movies and fiddling with websites or watching figure skating. Long walks are in order too. And ice cream!
What do you read for pleasure?
I read mostly sci fi and fantasy. It's what I like best and also what I write.
What motivated you to become an indie author?
I was curious to see how it worked, and I happened to have a story and no plans for it so I thought I could give it a try. I discovered it's a lot of work, but I enjoy the freedom that comes with it.
What's the story behind your latest book?
The Impaler Legacy series is my answer to all the vampire stories out there. There's hardly any sex in it and, for once, the vampires don't come from Romania. Their presence is forbidden there.
What are you working on next?
I'm working on the Broken People series. It deals with a heist and a special circus crew in a sci fi setting. I'm having a lot of fun writing it.
Describe your desk
It's a two meter long desk with two pc's, one printer, one glass of water, an obscene number of potted flowers, and one cat on it.
What inspires you to get out of bed each day?
Well, I could say it's the excitement of writing down the adventures I plotted during the night, but the truth is there are too many things waiting to be done. One can't lay in bed waiting for the inspiration to strike. It usually kicks in when I sit down in front of the computer to write, or more often before going to sleep when I plot my stories.
Smashwords Interviews are created by the profiled author or publisher. 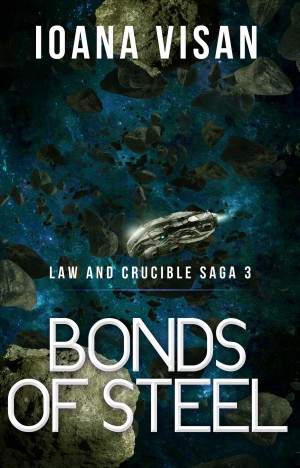 Bonds of Steel by Ioana Visan
Series: Law and Crucible Saga, Book 3. Price: $0.99 USD. Words: 8,910. Language: English. Published: September 10, 2016. Categories: Fiction » Science fiction » Space opera, Fiction » Science fiction » Short stories
On a routine trip across the asteroid field, the robot, Del, and unregistered AI, Vee, meet trouble. With Captain Law and his crew having been put into stasis, their only chance of survival will mean placing themselves at the mercy of what few resources they have. Without a human to assist them, Del and Vee will be vulnerable and so too will the ship and all the lives on board. 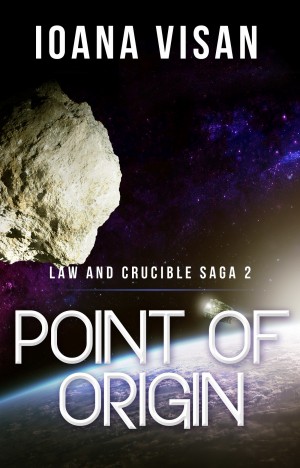 Point of Origin by Ioana Visan
Series: Law and Crucible Saga, Book 2. Price: $0.99 USD. Words: 22,270. Language: English. Published: September 10, 2016. Categories: Fiction » Science fiction » Space opera, Fiction » Science fiction » Short stories
With a contract that they are desperate to obtain and a rogue asteroid in enemy territory, Captain Law and his crew must keep Thea safe, but a missing crew member and a band of misfits thwart their efforts and send them on a mission no one was prepared for. Can Thea and Captain Law learn to work together for one goal or will long-held secrets shake their resolve and destroy their efforts? 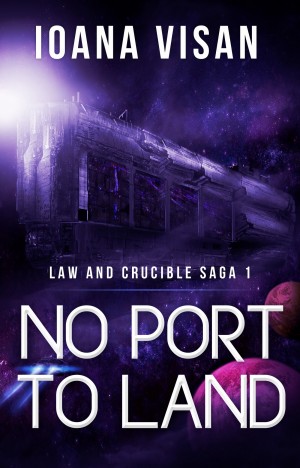 No Port to Land by Ioana Visan
Series: Law and Crucible Saga, Book 1. Price: $0.99 USD. Words: 17,910. Language: English. Published: September 10, 2016. Categories: Fiction » Science fiction » Space opera, Fiction » Science fiction » Short stories
Nia is one of the few souls left aboard a drifting tomb known as The Pacific. The spaceship carries a deadly plague, and by the time they receive a distress call from an approaching shuttle, they are all close to losing hope they might ever escape alive. When the will of the shuttle crew and that of the survivors on The Pacific clash, Nia has to pick a side to save what she holds most dear. 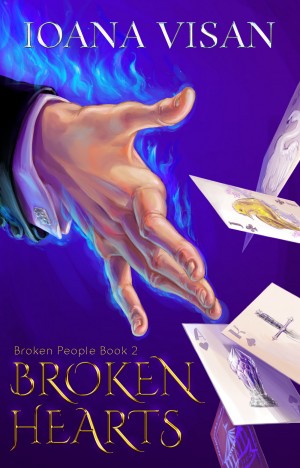 Broken Hearts by Ioana Visan
Series: Broken People, 2. Price: $3.99 USD. Words: 66,310. Language: English. Published: December 21, 2015. Categories: Fiction » Science fiction » Cyberpunk, Fiction » Thriller & suspense » Spies & espionage
The Nightingale Circus begins a quest to deliver a power source that can change the outcome of the war in the Far East. When the largest weapons manufacturer in Europe discovers Aurore's secret, the chase is on. With a tracker hot on their heels, Dale and Aurore travel across Europe and reach to the only ones who can help them – The Nightingale Circus. 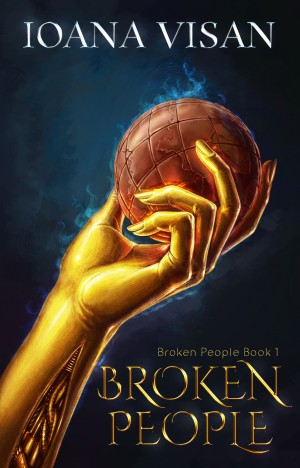 Broken People by Ioana Visan
Series: Broken People, 1. Price: $3.99 USD. Words: 64,160. Language: English. Published: February 12, 2015. Categories: Fiction » Science fiction » Cyberpunk, Fiction » Thriller & suspense » Spies & espionage
For one week only, an impenetrable castle is open to the public, and Dale Armstrong has come to Bratislava to rob it. When he finds his partner’s arms mangled, he desperately searches for a way to fix him before time runs out. The Nightingale Circus has the spare parts and the expertise to fix prosthetics, so the Golden Lady sends Dale their way. Anything is possible in a world of Broken People. 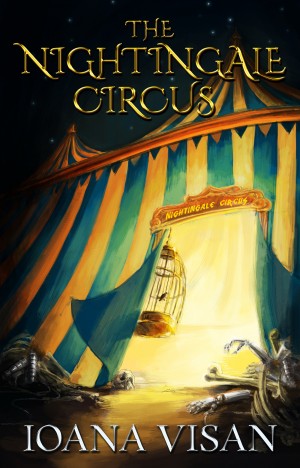 Welcome to The Nightingale Circus! Listen to the singer with an enchanting voice. Watch the knife throwers who are also prosthetic builders. Here is a telecharger on the run and a ballerina with no lungs. There is a broken pole dancer and an Asian bot. You’ll be amazed by a regular girl who becomes exquisite and frightening at the same time. A companion short story collection to Broken People. 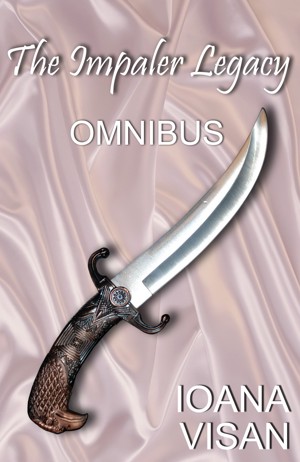 The complete The Impaler Legacy series, a vampire saga like no other. 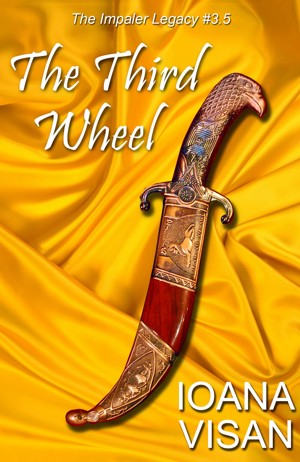 The Third Wheel by Ioana Visan
Series: The Impaler Legacy. Price: Free! Words: 5,810. Language: English. Published: March 14, 2014. Categories: Fiction » Fantasy » Paranormal, Fiction » Romance » Paranormal
Liana and Jesse take a day off after the events in Order Restored. But where is Max? A bonus story in The Impaler Legacy series, a vampire saga like no other. 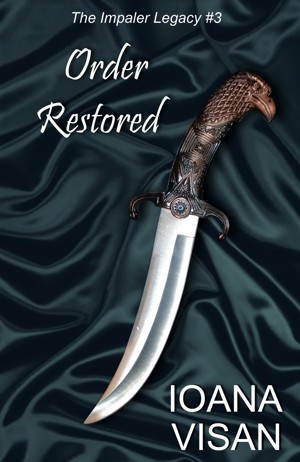 Order Restored by Ioana Visan
Series: The Impaler Legacy, Book 3. Price: $2.99 USD. Words: 34,300. Language: English. Published: December 1, 2013. Categories: Fiction » Fantasy » Paranormal, Fiction » Fantasy » Urban
Despite their five centuries at war, the pandurs and the vampires work well together when they ally against a common enemy. Led by Little Council member Liana Cantacuzino and a thousand-year-old vampire Maximilien Hess, they descend on South Island, New Zealand, to search for the new breeds’ base. The third novella in The Impaler Legacy series, a vampire saga like no other. 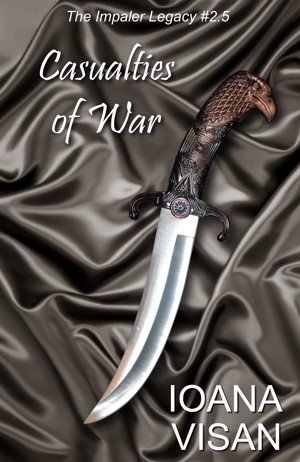 After the siege at the end of A Victory that Counts, while Liana is debriefed by Captain Nour, Spânu proceeds with his mission. Max’s help can either save or break Liana. A key story in The Impaler Legacy series, a vampire saga like no other.
View their profile to see all of their books