This interview has been viewed 210 times.

Published 2018-11-19.
What is your writing process?
It all starts with a tiny idea that pops into my head. This can be from an overheard conversation, a question, or just some random stray thought that comes to me.
Once I have the idea, I flesh it out with characters and twists and story until it unravels into something I can't wait to write. Then I get started.
What do you read for pleasure?
I love all kinds of books. Mostly it's from the YA selection, but I occasionally really enjoy a thriller or murder mystery for the older readers. If there is an epic plot twist, it makes it even sweeter.
What is your e-reading device of choice?
I love my Kindle!
When did you first start writing?
I've always loved it since I was a kid. But I started to take is seriously when I had my "Quarter-Life Crisis" at 25. That's when the writing bug took hold of me and hasn't let me go since.
What is the first book that made you cry?
Harry Potter. I think you can tell what part of it brought me to tears. No spoilers here.
What is the one thing you want your readers to know about your books?
That in every book is a piece of my heart and soul. I pour everything I've got into making the best book possible and I love being able to share these stories with the readers.
Who’s your book boyfriend or secret book crush?
Four from Divergent. I loved him before seeing the movie and I love him even more after seeing how he was cast.
What is the greatest joy of writing for you?
Hearing from my readers. I love it when they completely "get" what I was trying to do with a story. It feels like it was all worth it, even just for that one person to understand what I was saying.
What is your writing Kryptonite?
Distractions. My dog might be too cute to refuse a cuddle, my husband might need to tell me something that can't wait, I might just quickly want to check a fact on Google (which then turns into two hours). It's a struggle to stay focused sometimes.
What drives you to keep on writing?
I don't know how to stop. The stories keep coming, the characters speak with me even if I don't want to listen. It's in my blood, I have to write.
What do your fans mean to you?
They mean the world to me. As a writer, I want to share my stories with the universe. It's the readers that I do everything for and can't wait to share my latest releases with. Each and every one of my readers are awesome.
Smashwords Interviews are created by the profiled author or publisher. 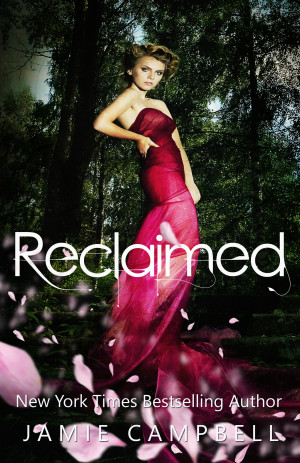 Reclaimed: Snow White Reimagined by Jamie Campbell
Price: $3.99 USD. Words: 39,370. Language: English. Published: April 26, 2020. Categories: Fiction » Fairy tales, Fiction » Young adult or teen » Fairy Tales
When the city of Woodland has fallen to the evil queen, can one exiled princess reclaim her throne? Snow White has been living a lie her entire life. She has watched on helplessly as her beloved city has suffered immense pain at the hands of her evil stepmother. With the encouragement of the one person who knows her secret, can she finally fight back and reclaim her throne? 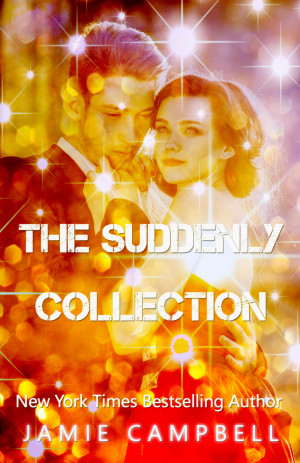 The Suddenly Collection by Jamie Campbell
Series: Suddenly. Price: $4.99 USD. Words: 54,600. Language: English. Published: August 19, 2019. Categories: Fiction » Young adult or teen » Romance, Fiction » Young adult or teen » Chick Lit
Sixteen-year-old Bliss Watson lived a completely ordinary life until the day she was discovered by a talent scout. Thrust into an audition for the next hit teen television drama, she realizes it’s the one thing she’s always wanted but never knew. This is the complete collection of the Suddenly series. Save money by purchasing all together. 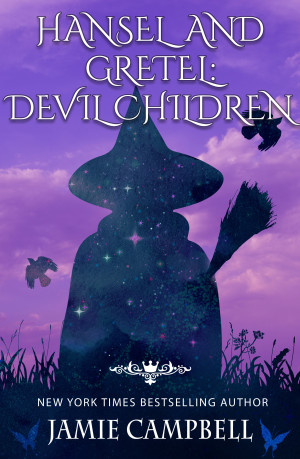 Hansel and Gretel: Devil Children by Jamie Campbell
Series: Fairy Tales Retold. Price: $1.99 USD. Words: 6,730. Language: English. Published: October 18, 2018. Categories: Fiction » Young adult or teen » Fairy Tales, Fiction » Fantasy » Short stories
History is told from one person’s perspective. Sometimes they don’t get it right. Imagine marrying the man of your dreams, living in a cute little cabin in the woods, and your stepchildren trying to kill you. Confronted by the evil children, an innocent stepmother tries desperately to show her husband his kids’ true nature. When he doesn’t believe her, she must take matters into her own hands. 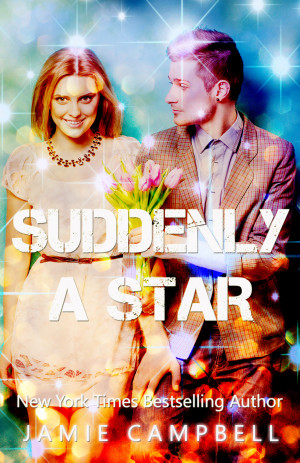 Suddenly a Star by Jamie Campbell
Series: Suddenly. Price: $1.99 USD. Words: 15,180. Language: English. Published: September 6, 2018. Categories: Fiction » Young adult or teen » Romance, Fiction » Young adult or teen » Chick Lit
The unthinkable has happened. Bliss Watson has found herself single and nursing a shattered heart. It wouldn’t be so bad—if she didn’t have to see her ex-boyfriend every day at work and pretend to be in love with him. Being co-stars with your ex-boyfriend is heartbreaking for Bliss. The agony of seeing the boy she loves every day and being unable to be with him is tearing her apart. 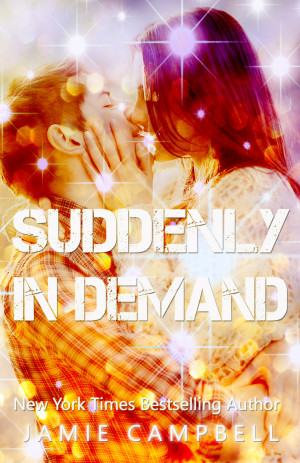 Suddenly In Demand by Jamie Campbell
Series: Suddenly. Price: $1.99 USD. Words: 14,380. Language: English. Published: August 2, 2018. Categories: Fiction » Young adult or teen » Romance, Fiction » Young adult or teen » Chick Lit
Being the hottest new actress in Hollywood is hard work. Bliss Watson should know, she’s suddenly very much in demand by everyone in the industry. Having an equally famous boyfriend does not make things easy for her. While trying to keep their love affair a secret, Bliss finds herself caught up in a jealous trap that can only end badly for her. 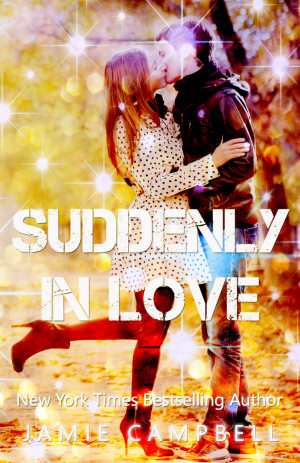 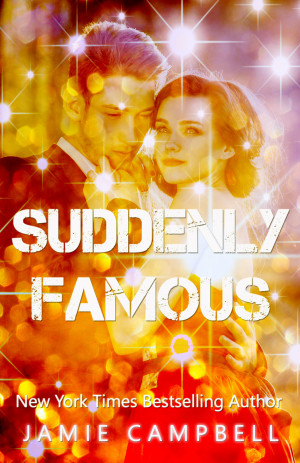 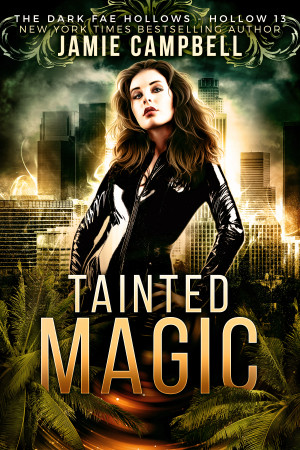 Tainted Magic by Jamie Campbell
Price: $3.99 USD. Words: 74,060. Language: English. Published: September 26, 2017. Categories: Fiction » Fantasy » Urban, Fiction » Science fiction » Utopias & dystopias
The Fae Queen must die. Shae Howard’s time to join the Queen’s Army is up. Since she didn’t enlist, she is now one of the most wanted Fae in Oleda’s Hollow. She had her escape all planned, but her best friend decided join the army instead. 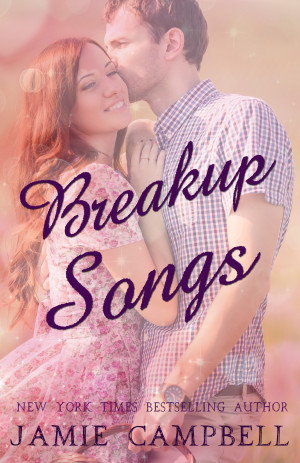 Breakup Songs by Jamie Campbell
Series: Secret Songbook. Price: $3.99 USD. Words: 72,960. Language: English. Published: April 6, 2017. Categories: Fiction » Young adult or teen » Romance, Fiction » Young adult or teen » Chick Lit
Kaley Thorne’s world is about to completely explode. With a recording contract on the horizon, just one wrong step could ruin everything and stop her from living out her dreams of being a singer-songwriter. With her secret songbook in hand, Kaley ventures into the world of fame, fortune, and fakeness. She must determine who in her life is a traitor, who is real, and which people are worth saving. 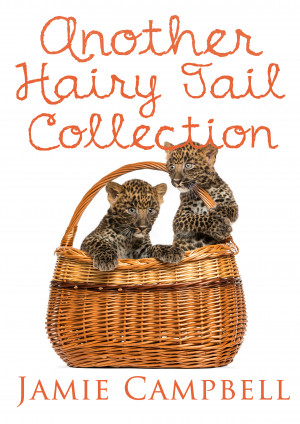 Another Hairy Tail Collection by Jamie Campbell
Series: A Hairy Tail. Price: $5.99 USD. Words: 56,890. Language: English. Published: December 18, 2016. Categories: Fiction » Young adult or teen » Chick Lit, Fiction » Children’s books » Animals
Three years after volunteering at the local animal shelter, eighteen year old Hannah is ready to embark on another summer of fun and chaos with the animals at the Mapleton Regional Zoo.
View their profile to see all of their books